Crystal Bridges and the Momentary are committed to addressing the urgent issues of our time. As we look for a path forward, we want to provide a space for civil discourse, offer historical perspectives, lift up marginalized voices, and carry forth the work of promoting equality.

In Real Time is a series of live, virtual programs formed in response to current events affecting our community at large. The programming comprises a variety of opportunities, such as panel discussions, community conversations, open mic sessions, and education resources for participants to hear from and connect with community leaders, artists, and subject matter experts about select topics “in real time.” In Real Time programming will be ongoing.

Read more about our commitment to being an antiracist institution.

Support for the LGBTQ+ Community.

We invite you to join our upcoming conversations and artist open mic.

Programs related to recent legislation in Arkansas are currently being scheduled. Check back soon.

What kind of future are we building in Arkansas? And who is being left out of it?

We invite you to join us for a virtual discussion via Zoom about recent Arkansas legislation and how it impacts transgender futures. Moderated by Evelyn Rios Stafford from NWA Equality, we’ll discuss impacts on the trans community, issues surrounding trans representation, dehumanization, and how art and local community organizing can offer a way forward. Joining the discussion are Rumba Yambú, director of Intransitive, Willow Brashears, founder of Young Transwomen’s Project, and regional artist Hannah McBroom, who will open and close the discussion with a reflection on art and artists that inspire. Come join the conversation, and find out how we can build a better future—together.

In partnership with Ensemble HanSori, and the University of Arkansas’ Asian Pacific Americans Resource Group, this recorded performance of Umma-ya Nuna-Ya, (Dear Mother, Dear Sister) depicts a poignant longing for a better life. This poem by Sowol Kim was later turned into a popular song by composer Kwangsu Kim. In response to the Atlanta shooting, victims of hate crimes this past year and beyond, this performance is dedicated to the women, mothers, sisters and daughters who came to a foreign land in pursuit of a better life. The performance is followed by discussion on the violence against AAPI communities.

Ensemble HanSori’s name was inspired by the idea of coming together and finding unity through sound. It is Korean, where “Sori” means “sound” and “Han” embodies many different meanings such as good, righteous, significant, bright, complete, embracing, and prosperous, among others. Together, HanSori aims to musically explore and express the values and hopes for a better life that come through mutual understanding, cooperation, support, and unity through shared empathy.

Join us for a virtual conversation with filmmakers of the award winning documentary, Far East, Deep South, Larissa Lam and Baldwin Chiu. Responding to the violence witnessed across the country against Asian and Pacific Islander communities, Lam and Chiu will join us for a conversation prior to the April 8 screening of their film, which addresses the history of Asian immigration to the states and continued discrimination against AAPI communities.

LARISSA LAM is the director, writer, and producer of the award-winning documentary, Far East Deep South. The film will make its national broadcast premiere on the World Channel/PBS in May 2021. She has produced TV shows such as Top 3 for JUCE TV, music videos, and “A Day in the Life of an Engineer” for Intel’s “Stay With It” campaign. She also produced and directed a series of PSAs for a national suicide prevention campaign. Prior to making films, Lam carved out a distinguished career in music. Lam began her career as the CFO of NSOUL Records and has written music for film, TV (The Oprah Winfrey Show, Dr. Oz) and video games (Konami, Square Enix). Lam is also an award-winning singer whose song, “I Feel Alive” won the Hollywood Music in Media Award. A UCLA graduate and native-born Californian, Lam is passionate about empowering and inspiring others through the arts. A TV/radio host and dynamic speaker, she’s been a keynote speaker on the Asian American experience, diversity and inclusion at TEDx, Leadercast, and numerous universities including Yale and MIT. She also co-hosts the podcast “Love, Discovery and Dim Sum” with her husband, Baldwin Chiu.

BALDWIN CHIU, a.k.a. Only Won, is the producer of Far East Deep South. He and his family are the subjects of the film and their story has been previously featured on NBC News and NPR. Chiu was born in San Francisco and later moved to Sacramento. He’s a graduate of the ACT One Film Producing Program and also holds a mechanical engineering degree from California State University, Sacramento. In addition to being a producer, Chiu is a rapper and beatboxer known by his MC name, Only Won and has gained recognition for his viral videos, “Cantonese Boy”, “I Wanna Be an Engineer”, and “Asian Americans Make History”, his parody of Hamilton’s “The Schuyler Sisters.” He previously served as a spokesperson for Intel’s “Stay With It” engineering campaign promoting careers in STEM. Baldwin’s songs were featured in the video game “Sleeping Dogs” and the film Dead Man Down. In 2018, Baldwin was named an Honoree for Mandarin Leader Magazine recognizing excellence amongst Chinese in North America, and he is also the recipient of Sacramento State’s Distinguished Alumni Service Award. Additionally, Chiu has been a speaker on numerous panels addressing race, immigration, and minority representation in media.

Passing the Mic for Justice: Call and Response

Presented in collaboration with My-T-By-Design Therapeutic Art Studios and Poetic Justice Open Mic Series, Crystal Bridges and the Momentary invite you to an evening of virtual performances featuring local artists (Abel, Akau Anyieth, Audrey Romero, Itty Smalls, Justine Ryan, Leora Jackson, Noelia Cerna, NaTosha Devon, and Robyn) presenting poetry, spoken word, and music in pursuit of social justice. For this Call and Response event, we passed the mic to five artists who have each invited another artist to join them. The event will be hosted by LIFE and Jared Carter.

Captions available for this lecture. 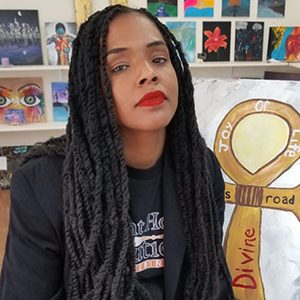 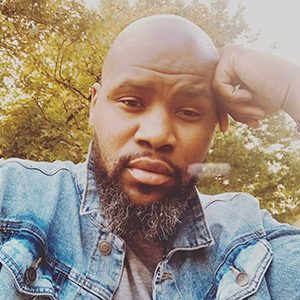 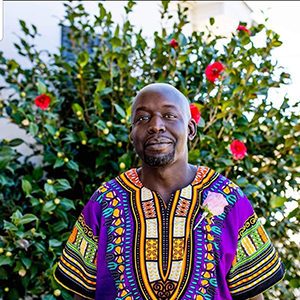 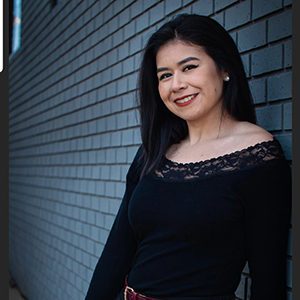 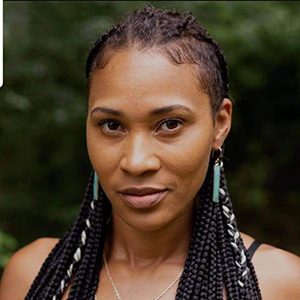 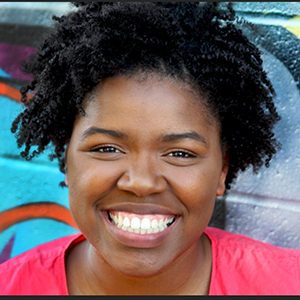 Community Circle: Where do we go from here? Why education matters.

Dr. Coby Davis serves as the President of the Northwest Arkansas NAACP chapter.  He has spent eight years in the Springdale School District, including three as a math teacher at Sonora Middle School before becoming an instructional facilitator for a year, then assistant principal and now principal at the Archer Learning Center. Davis is a graduate of Freed-Hardeman University. He earned his master’s degree from Tennessee State and his doctorate from Trevecca Nazarene. He taught for five years in the Williamson County (Tennessee) school system before teaching for nine years in the education department at Lipscomb University in Nashville, Tennessee.

Zora J Murff is an Assistant Professor of Art at the University of Arkansas. He received his MFA from the University of Nebraska—Lincoln and holds a BS in Psychology from Iowa State University. Merging his educational experiences, Murff uses his practice to highlight intersections between various social systems and art. He has published books with Aint-Bad Editions (PULLED FROM PUBLISHER) and Kris Graves Projects. His most recent monograph, At No Point In Between (Dais Books), was selected as the winner of the Independently Published category of the Lucie Foundation Photo Book Awards. Murff is also a Co-Curator of Strange Fire Collective, a group of interdisciplinary artists, writers, and curators working to construct and promote an archive of artwork created by diverse makers. Visit Zora Murff’s website.

Anthony DiNicola is an experienced diversity and inclusion educator who currently serves at the University of Arkansas inclusion liaison for the Chancellor’s Office on matters of diversity and inclusion. DiNicola has served as the senior educator and marketing coordinator at Catharsis Productions since 2012, where he led comprehensive trainings in corporate, military and university settings, including trainings on protected class bias, cultivating inclusive workplaces and other diversity and inclusion topics. Additionally, he delivered sexual assault prevention programming to students at universities such as Massachusetts Institute of Technology, Texas A&M and Tulane University. DiNicola earned a bachelor’s degree from Bowdoin College in Maine.

A Panel Discussion on the History of Democracy, Racism, and Ideology

In this virtual panel discussion moderated by Dr. Caree Banton and developed in partnership with the University of Arkansas Dept. of African and African American Studies, University of Arkansas professors Dr. Najja K. Baptist, assistant professor of political science, and Scott Eidelman, associate professor in the Dept. of Psychological Science, will discuss the insurrection on Capitol Hill that took place on January 6, including the historical significance of this moment, and how we can move forward. The discussion will also focus on the history of democracy, racism, and ideology that brought us to where we are. When you register, a Zoom link will be emailed to you to join the event.

Dr. Caree Banton is an Associate Professor of African Diaspora History and the Director of the African and African American Studies Program at the University of Arkansas. Banton received a MA in Development Studies from the University of Ghana in July 2012 and completed her doctoral work at Vanderbilt University in June 2013. Her research focuses on movements around abolition, emancipation, colonization as well as ideas of citizenship, blackness, and nationhood in the 19thcentury. Her research has been supported by a number of fellowships, including the Rotary Ambassadorial Scholarship, the Andrew M. Mellon Foundation Fellowship, the Lapidus Center Fellowship at the Schomburg Center and the Nancy Weiss Malkiel Fellowship for exceptional scholarship and participation in service activities. Banton teaches classes in Caribbean History, African Diaspora History, and race. She is a member of the University of Arkansas Teaching Academy and has been named a Master Teacher in Fulbright College. Her book, More Auspicious Shores: Barbadian Migration to Liberia, Blackness, and the Making of the African Republic, that explores continuities and mutabilities in black experiences of freedom, citizenship, and nationhood across the Atlantic world was published by Cambridge University Press in May 2019. Banton is currently working on a collaborative project with an archaeologist that explores the materials, objects, and architecture of the back-to-Africa movement.

Dr. Najja K. Baptist is an assistant professor of political science at the University of Arkansas Fayetteville. He earned his doctorate in political science from Howard University and his work has appeared in numerous journals, such as National Political Science Review; Journal of Race and Ethnicity; Politics, Groups, and Identities; and other outlets. Dr. Baptist’s work is primarily focused on Black politics, social movements, culture, political behavior, public opinion, and mass media in the United States. My project examines how the current president engages with Congress members, specifically southern Congressional Black Caucus women of color.

Scott Eidelman is an associate professor in the Department of Psychological Science, and teaches courses on social and political psychology, including a seminar on stereotyping and prejudice. His research focuses on the psychological underpinnings of political ideologies and why people tend to prefer the status quo. He is currently investigating the psychology of reactionism and anti-intellectualism.