The Bachman-Wilson House: Selecting the Site 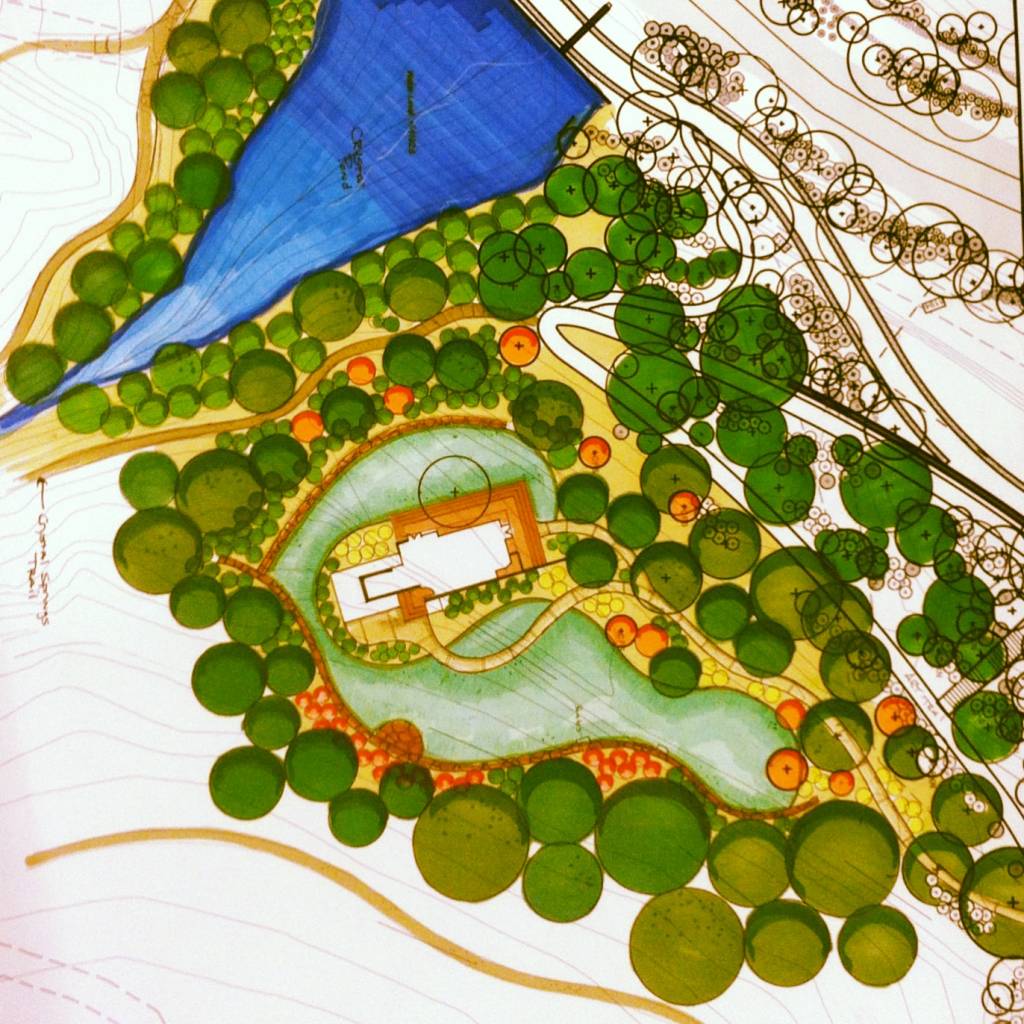 Rending showing the future placement of the Bachman Wilson House near Crystal Spring. 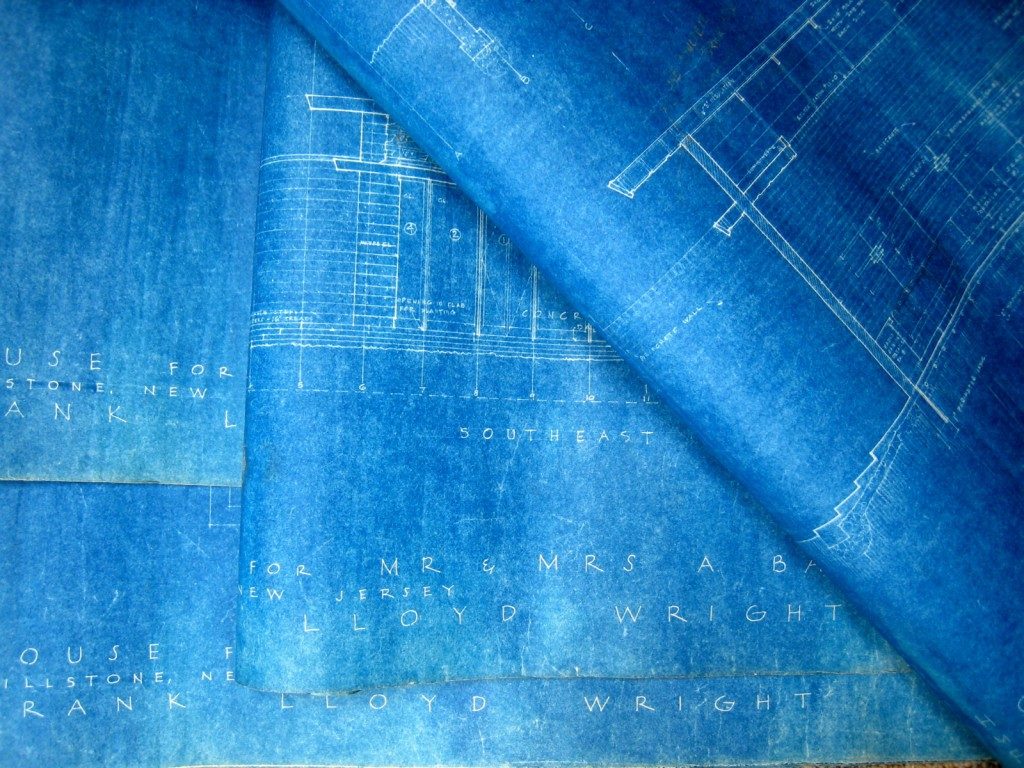 Crystal Bridges recently acquired the Bachman-Wilson House, a 1954 Usonian House designed by architect Frank Lloyd Wright. After repeat flooding at the structure’s original site next to the Millstone River in New Jersey, relocation presented itself as the best preservation option. The house is now disassembled and will be transported in pieces to Northwest Arkansas over the coming month. Moving this historically significant structure has presented Crystal Bridges staff with a new and interesting question: Where does one put a Frank Lloyd Wright house?

Selecting the appropriate site on the Museum’s 120-acre grounds was a crucial part of the relocation process. The house’s original setting had many wonderful aspects that needed to be considered—especially the surrounding environment. Museum leadership sought to identify a site that would honor Frank Lloyd Wright’s design by embracing the connection to nature, landscape, and light conveyed therein.

In the house’s original orientation, the sun created dramatic displays of light shifting across the living space, particularly during the winter months. Finding a locale that would recreate this flowing spectacle of light and shadow was very important. 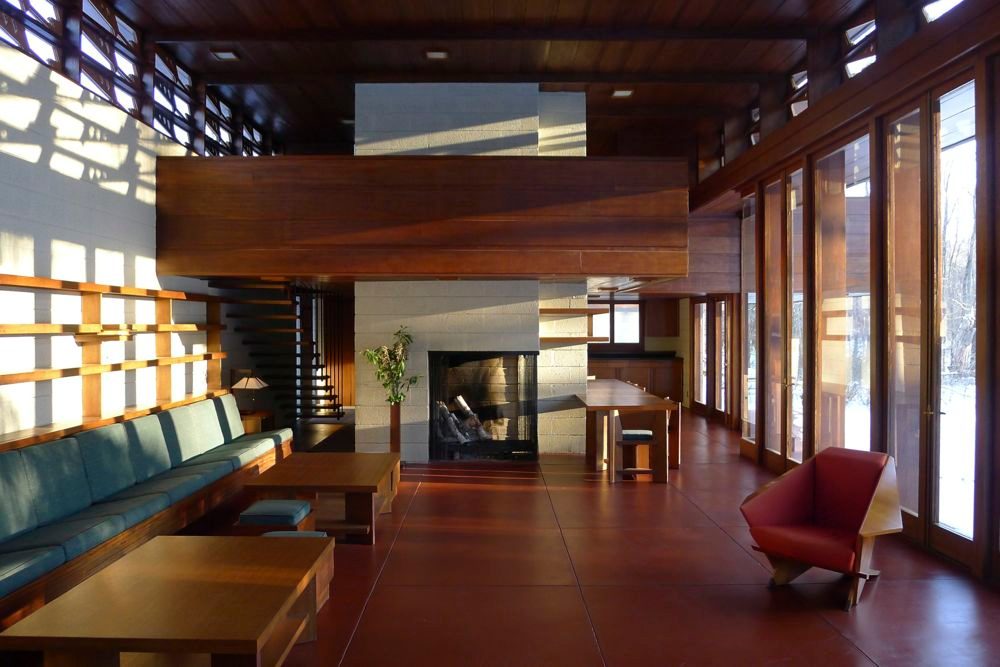 A view of the Bachman-Wilson House interior on a February day.  Photo: TarantinoSTUDIO © 2014

Preserving nature was, sensibly, another consideration in the site selection process. The mission of good stewardship to the land has been embraced by Crystal Bridges staff since before the Museum was ever constructed, so identifying a location with natural beauty that would require minimal removal of trees was of course a priority.

Approximately six different locations on Crystal Bridges’ grounds were considered, each presenting their own opportunities and challenges. Models and renderings were created and closely examined to best understand how the house would appear in each of the potential sites. A platform was constructed so that Museum leadership and architectural consultants could fully experience the view. Taking into account a number of important variables—the original design, the terrain, the angle of the sun, physical accessibility, the view, and a connection with nature—a site overlooking Crystal Spring was eventually determined to be the ideal location.

A black box marks the future site for the Bachman-Wilson House, south of the Museum.

The intended location is relatively level and clear compared to many areas on the Museum’s grounds. This comes as a result of both the natural terrain and previous excavation in the area. In the late twentieth century, the site was along the planned route of a railroad that was intended to extend north from Bentonville, Arkansas to Pineville, Missouri, where it would connect with previously established railroads. After much clearing and blasting, the project fell through, leaving behind a long swath of clear, level ground through the forest. A continuation of this intended railroad bed runs along the northwest side of the Museum’s grounds as well, and is now used as the Rockledge Trail. 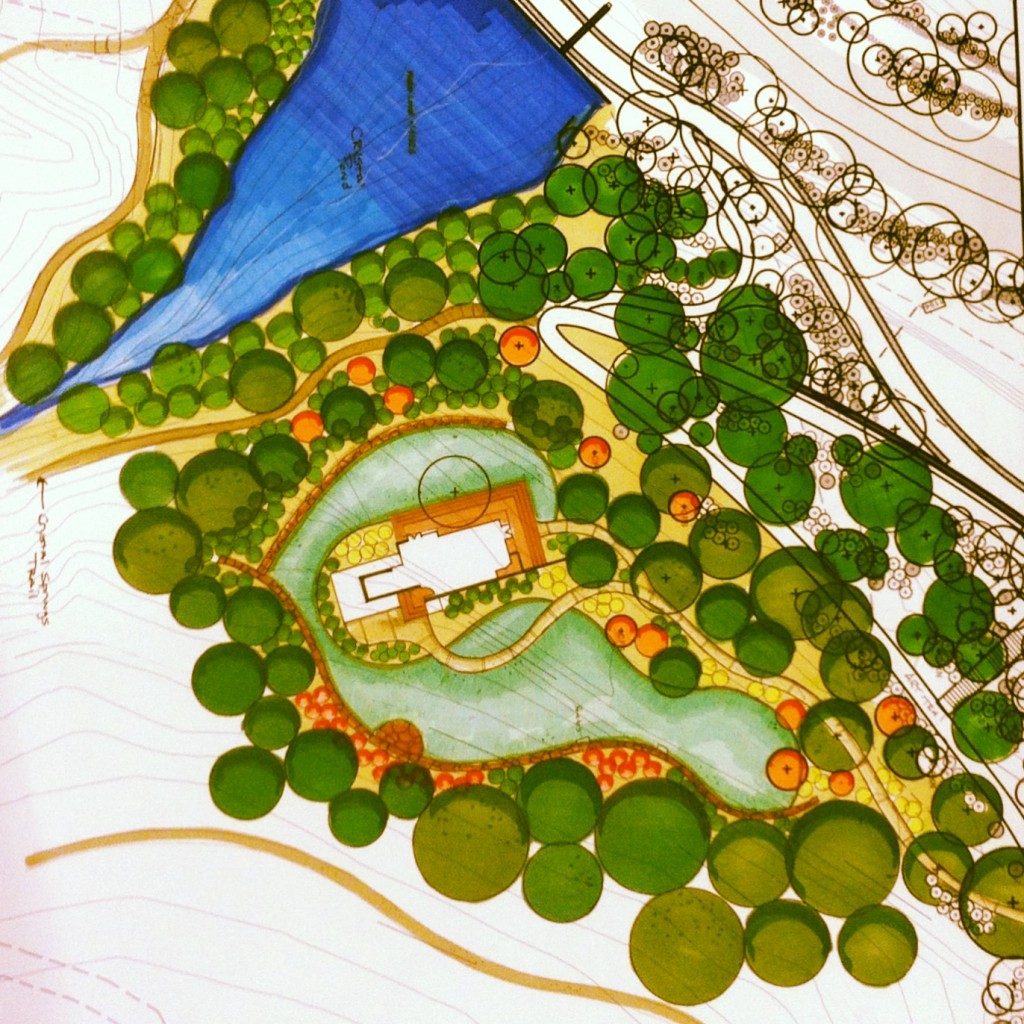 Rending showing the future placement of the Bachman-Wilson House near Crystal Spring.

In its new location, the Bachman-Wilson House will be surrounded by established trees and rolling hills with the babbling spring down below. A setting with such natural beauty and interesting history seemed most fitting for this wonderful structure.

Stay tuned to the Crystal Bridges Blog for continued updates about the Bachman-Wilson House. Groundbreaking will take place this spring.