Who Was Alfred Stieglitz? 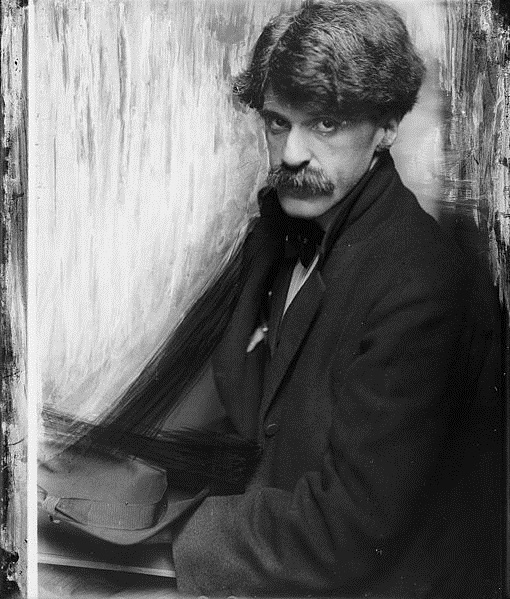 On November 9, Crystal Bridges will open an exhibition of 101 works of art collected by Alfred Stieglitz in the early twentieth century. The collection includes photographs, paintings, drawings, prints, sculpture, even African masks. The story that this diverse collection tells is the story of the birth and development of American Modernism. Indirectly, the collection also tells the story of its collector: the photographer, gallery owner, and prophet of American Modernism, Alfred Stieglitz.

Stieglitz the Photographer and the Photo-Secession 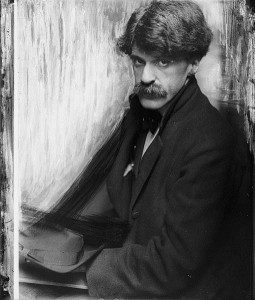 Over his long career, Alfred Stieglitz assumed many roles: he co-owned and operated three galleries in New York City:  The Little Galleries at 291, the Intimate Gallery, and An American Place. He was an editor, a tireless advocate for modern art, a collector and patron of American artists.  But first and foremost, Stieglitz was a photographer, and a brilliant pioneer in the use of photography to create fine art images.  Many of his images, including the series he made of his wife, the artist Georgia O’Keeffe, are still readily recognizable today. What would eventually become Stieglitz’s passion for modern art began as a passion for what he called “straight photography”—the visceral, direct approach he felt was the only means of achieving truth. Frustrated with the conservatism of the New York Camera Club, in 1902 Stieglitz formed his own organization which came to be known as the “Photo-Secession.” “The Little Galleries” at 291 and Stieglitz’s Circle

Interior view of the “Little Galleries” at 291. Photo by Gertrude Käsebier.

In 1905 the Photo-Secession obtained a small gallery space on the top floor of 291 Fifth Avenue in New York. The gallery was co-run by Stieglitz and his partner, Edward Steichen, and came to be known as simply “291.” Though its original purpose was to exhibit the work of Photo-Secession photographers, the focus shifted a few years later to modern art. In 1908, 291 mounted an exhibition that set Stieglitz on the path that would consume the rest of his career.  Steichen, who had moved in the year previously to Paris, had begun to associate with a number of French Modernists. He sent Stieglitz a packet of pencil and watercolor nudes by Auguste Rodin. Some viewers found the frank sexuality of the images shocking, but the vitality and immediacy of the works—which Rodin had created with barely a glance at the paper, his eyes locked on his moving model—captured the same spirit that Stieglitz was reaching for in his photographs. They were raw, alive, and very modern. This, Stieglitz felt, was what American artists and collectors needed to see. Over the next several years, 291 introduced American viewers to works by Henri Matisse, Toulouse-Lautrec, Edward Manet, Paul Cezanne, Pierre August Renoir and Henri Rousseau. For several of these artists, it was the first time their work had been shown anywhere in the US. A veritable Who’s Who of early twentieth-century European artists appeared in the small top-floor gallery. Steichen selected the works in France and sent them to Stieglitz to show. The gallery attracted a following of young modern-minded American artists and writers who came to trade ideas and gather around Stieglitz, to listen to him talk, and hope for his approval of their work. Among these were Marsden Hartley, Arthur Dove, and Abraham Walkowitz; and returning expatriots from Steichen’s Paris circle, including John Marin and Max Weber. Stieglitz felt it his personal duty to support the artists in their work by whatever means he could. Sometimes that meant giving them money to live, sometimes it meant purchasing or exhibiting their work. When Max Weber arrived from Paris penniless, Stieglitz allowed the artist to take up residence in 291 for a time and make his paintings there before it opened to the public each day. Most importantly, Stieglitz seems to have offered a haven of moral support: a place where artists could gather and gain the reassurance of Stieglitz’s own unflagging belief in what they were doing. Stieglitz insisted that the artists he exhibited express the very deepest and most intimate human feeling, and that their work offer something fresh and individual.  ‘I am interested in development, in growth,” he said. He purchased work from nearly every exhibition, resulting in the diverse collection, comprising more than 800 works, Stieglitz would leave to his wife upon his death. Next installment:  Modern America, after 291, and Georgia O’Keeffe.