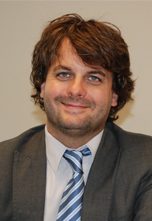 Well-known northwest Arkansas restaurateur and Food Editor of CitiScapes Metro Monthly is joining Crystal Bridges Museum of American Art. Case Dighero of Fayetteville, Ark., has been hired as the Museum’s food and beverage director. Since his enrollment at the University of Arkansas in the early 1990s, Dighero has been an influential component of the regional culinary community beginning with such benchmarks as Jose’s, Ozark Brewing Company, and Ozark Baking and Catering. He was director of product development for Rogers-based Marketfoods until 2005 and most recently was owner/proprietor of Soul Restaurant and Lounge in Fayetteville. “We are delighted to have Case join the Crystal Bridges leadership team,” said Tracy Cude, Crystal Bridges’ chief financial officer. “He brings a wealth of energy and experience to the charge of creating a dynamic Museum Café and catering operation.” As director, Dighero oversees the development, management, and operation of the food and beverage activities and provides strategic direction to broaden the Museum’s profile, increase revenue and profitability, and enhance the visitor experience. An engaged community volunteer, Dighero has chaired and served on numerous civic and social committees throughout his years in Northwest Arkansas, including Chef Chair for the American Heart Association’s premiere Paint the Town Red Fundraiser. Dighero’s culinary expertise has been showcased on Jones Televisions popular cooking show, Bring the Cuisine, as well as weekly cocktail segments on Fox News Edge.