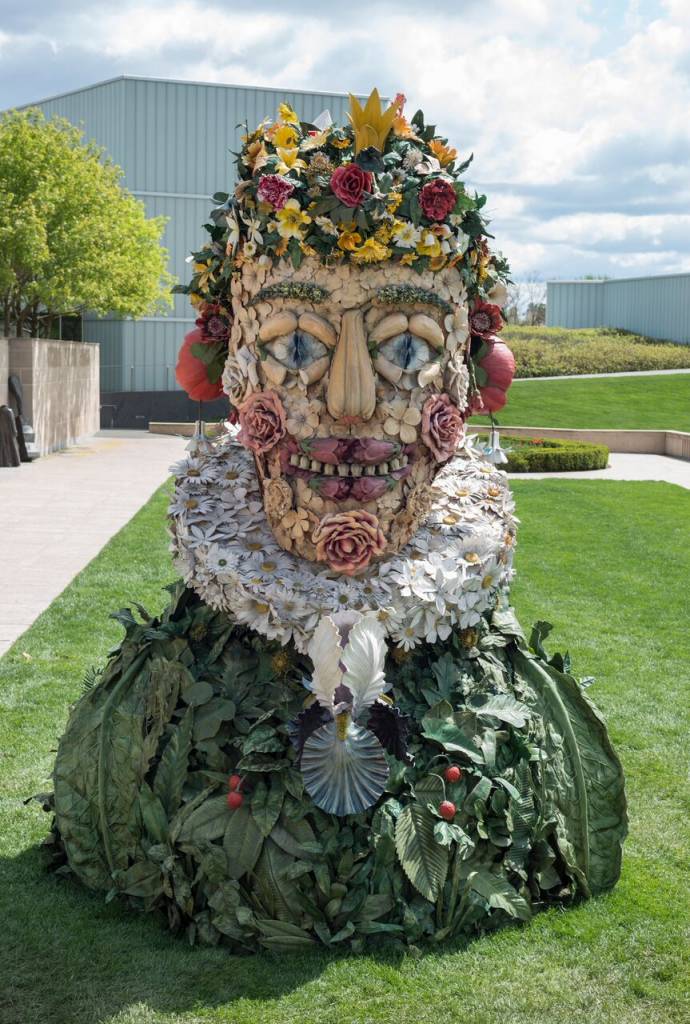 Crystal Bridges Museum of American Art announces the installation of major loans, including Pablo Picasso’s Seated Woman in Chemise (1923), on loan from the Tate Modern in London; and Philip Haas’s The Four Seasons (2011), on loan from Sonnabend Gallery on behalf of the artist. Both will be on view in late April. A focused exhibition, Black Unity, featuring five new acquisitions, will also be on view May 4 through September 2, 2016.

“In an effort to increase access to art, we are honored to collaborate with Tate Modern to share works that expand our understanding of American art,” says Crystal Bridges Executive Director, Rod Bigelow. “In the vein of the American Encounters partnership,  exhibiting artwork from other cultures broadens our appreciation of the loaned works and enriches the visitor experience, revealing new insights and connections within our own collection.“ 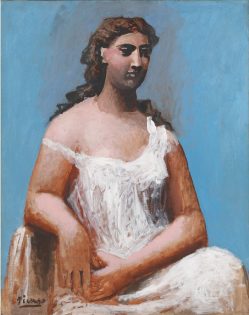 Spanish artist Pablo Picasso (1881-1973) was among the most influential artists of the twentieth century. Over a career spanning 80 years, the female figure served as a favored muse. Blending influences from a range of sources that included traditional African art and ancient Greek statuary, Seated Woman in a Chemise highlights Picasso’s tremendous impact on figure painting.

In addition to Picasso’s Seated Woman in a Chemise, Belgian artist Rene Magritte’s L’Anniversaire, on loan from the Art Gallery of Ontario, will be on view this fall. Both works will be showcased as part of the reinstallation of Modernist works. European avant-garde movements, such as Cubism and Surrealism, inspired American artists to explore new artistic modes, producing varied and inventive works that included abstractions and inventive re-imaginings of landscapes, still lifes, figures, and more. Among them, artists like Arthur Dove, Walt Kuhn, Helen Lundeberg, and Georgia O’Keeffe, found in the Crystal Bridges’ collection, developed a uniquely American style informed by their knowledge of international styles.

“These very special loans offer a wonderful opportunity for visitors to view works by American Modernists side-by-side with masters of the European avant-garde who had great influence in America,” says Crystal Bridges Director of Curatorial Affairs, Margi Conrads.

Crystal Bridges regularly loans works of art from its permanent collection to museums around the world. Georgia O’Keeffe’s Jimson Weed, White Flower No. 1 (1932), will be on loan to Tate Modern as part of a major retrospective of O’Keeffe’s work July 6 through October 30, 2016.

The Four Seasons, by Philip Haas

This spring, visitors will encounter new works not only in the galleries but also on the museum grounds. The Four Seasons, by American artist Philip Haas, will be installed along the Orchard Trail and in the museum’s courtyard.  The work is a series of monumental fiberglass heads inspired by Giuseppe Arcimboldo’s four 1563 Italian Renaissance paintings: Spring, Summer, Autumn, and Winter. Smaller three-foot high sculptures, or maquettes, of The Four Seasons, will be located inside the museum’s Bridge Gallery.

Philip Haas, in marrying sculpture, painting, film and architecture, has created a contemporary visual vocabulary all his own. He describes his process as “sculpting by thinking.” Haas’s twenty-first-century interpretation translates the historic paintings into three-dimensional form and connects to nature’s annual cycle of death and renewal. Each bust-length sculpture showcases a medley of vegetation associated with a specific time of year. In Winter, for example, the skin of the subject is represented through oversized forms of fiberglass bark and hair by gnarled tree limbs and ivy. Spring features a riot of flower forms in bright hues arranged to represent a human portrait. The Summer head is adorned with seasonal foliage, while Autumn includes its own cornucopia of fruits and vegetables.

Haas’s groundbreaking artwork has been featured by the National Gallery of Art in Washington, DC, Kimbell Art Museum in Fort Worth, Texas, Nelson-Atkins Museum of Art in Kansas City, Mo., Dulwich Picture Gallery in the United Kingdom, Peggy Guggenheim Collection in Venice, and Centre Georges Pompidou in Paris.

Conrads adds, “We anticipate these sculptures being a major attraction for visitors, especially during the transition of seasons—the change of weather, light, and environment will create new, distinctive ways to experience the works and our grounds.”

Artist, Philip Haas, will be at Crystal Bridges on Friday, April 29, 1-2 pm for an outdoor conversation about the work by The Four Season sculptures. Free, no registration required. 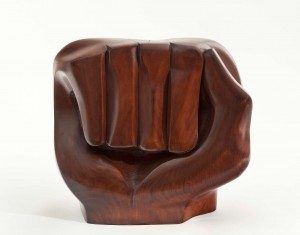 This exhibition features 13 artworks made by eight African American artists within the past five decades in an array of media, including photography, sculpture, painting, and tapestry.  Rooted in the personal experiences and reflections of each artist, the works explore family, historical figures and events, and cultural touchstones that resonate within the African American community.  Ultimately, the unique voices of these artists come together to tell a story that transcends color and creed and unites viewers under a shared American experience. This exhibition features five new acquisitions never before shown at Crystal Bridges.

“With the increased diversification of our collections, it is exciting to have the opportunity to showcase new acquisitions in an installation that specifically addresses the black experience in this country,” says Alejo Benedetti, Crystal Bridges curator for Black Unity. “This show encourages conversations about race. The unique voices of the artists unite visitors across a shared American identity—in this way black unity is inherently American unity.”

“Exhibiting loans from international institutions and curating exhibitions with never-before-seen work from our collection gives audiences new contexts to enjoy the museum.” says Bigelow. “Whether a Crystal Bridges member who frequents the museum, or a family traveling from out-of-state, we strive to surprise, delight, and provide access to great works that help further the story of America.”