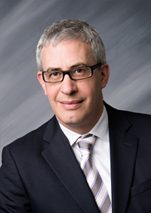 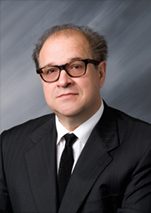 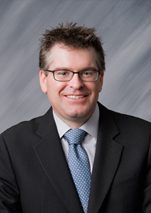 Matthew Dawson, who comes to Crystal Bridges from the recently opened Musical Instrument Museum in Phoenix, has more than 20 years of experience in the fields of architecture and museum management. He served as senior project manager during the construction phase of the MIM and director of public programs and guest experience upon its opening in April 2010. In his role at Crystal Bridges, he will oversee the curatorial and education functions of the Museum.

“We are delighted to welcome Matt to Crystal Bridges,” said Don Bacigalupi, executive director. “He will be instrumental in furthering the synergy between our strong education and curatorial teams to make the Museum’s inaugural installations and programs successful.”

Dawson served from 2007-2009 as creative director at the Art Gallery of Ontario, where he was an integral part of that institution’s major expansion and renovation. He spent five years as an exhibit designer, design director, principal, and executive vice president with Lord Cultural Resources, a global museum-planning practice in San Francisco and Toronto. He was also an award-winning senior designer for Cecconi Simone Interior Design and director of design for SimEx Iwerks, both in Toronto. He holds a master’s degree in architecture from Princeton University and a bachelor’s degree in history from Middlebury College in Vermont.

David Houston brings 27 years of experience as a curator, professor and public art administrator to his position as director of curatorial. He comes to Crystal Bridges from the Ogden Museum of Southern Art in New Orleans, where he served as chief curator since January 2001 and co-director since January 2010.

“David is a highly regarded professional with a long and distinguished career in the museum field,” Bacigalupi said. “He brings invaluable expertise and leadership to our curatorial team.”

Houston served for one year as interim director of visual arts at the Contemporary Arts Center in New Orleans. He also spent five years with the South Carolina Arts Commission, serving for three years as the organization’s visual arts program director. Houston was gallery director and lecturer from 1991-2001 at Clemson University. He also taught at the University of South Carolina at Columbia; the School of Architecture at the Brandenburg University of Technology in Cottbus, Germany; and the University of New Orleans.

Houston is the author and editor of numerous essays, catalogs and publications, as well as a noted lecturer, panel participant and moderator. He holds bachelor’s and master’s degrees in art history from the University of South Carolina.

Kevin Murphy comes to Crystal Bridges from The Huntington Library, Art Collections, and Botanical Gardens in San Marino, Calif., where he served as Bradford and Christine Mishler Associate Curator of American Art.

“Kevin is an up-and-coming curatorial star, and we are so pleased to have him join our team,” Bacigalupi said.

Murphy has curated exhibitions on American art from the 19th century to the present. Most recently, he organized “Taxing Visions: Financial Episodes in Late Nineteenth-Century American Art” with Leo Mazow, associate professor of art history at the University of Arkansas. The exhibition was featured in The Wall Street Journal and on National Public Radio.