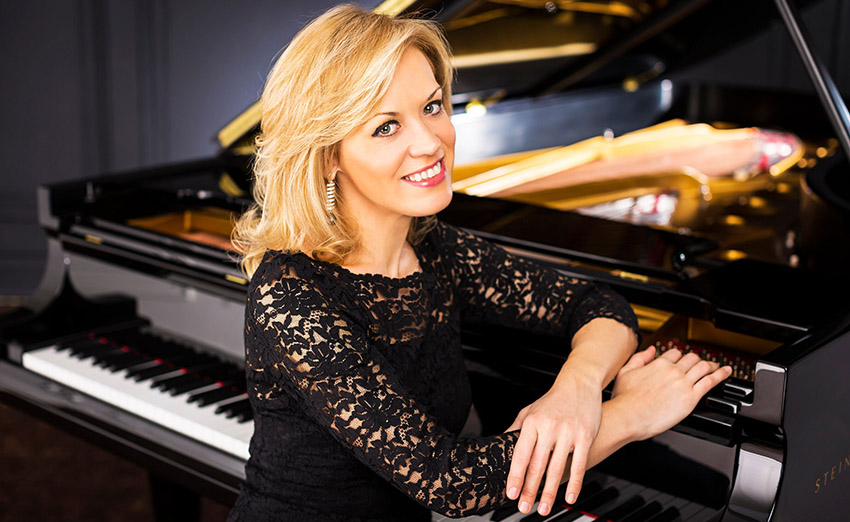 Crystal Bridges Museum of American Art has received a gift of a Steinway Concert Grand piano that belonged to the internationally-acclaimed pianist Van Cliburn. The piano was donated to the museum by Thomas Smith, Cliburn’s long-time partner.

“The gift of Van’s piano is one that has given me great joy,” said Smith. “The upcoming concert  that the museum and my friend Alice Walton have organized because of that gift, celebrates Van’s passionate belief that great music is an art form capable of bringing beauty to all.”

Van Cliburn was an American hero. He has been hailed as one of the most persuasive ambassadors of American culture, as well as one of the greatest pianists in the history of music. With his historic 1958 victory at the first International Tchaikovsky Competition in Moscow, at the height of the Cold War, Van Cliburn tore down cultural barriers years ahead of glasnost and perestroika, transcending politics by demonstrating the universality of classical music.

Mr. Cliburn performed for every President of the United States since Harry Truman and for royalty and heads of state in Europe, Asia, and South America. He has received Kennedy Center Honors and the Grammy Lifetime Achievement Award. In a 2004 Kremlin ceremony he received the Order of Friendship from President Vladimir Putin, and in 2003 President George W. Bush bestowed upon him the Presidential Medal of Freedom in a ceremony at the White House. President Barack Obama honored Mr. Cliburn with the National Medal of Arts in a 2011 White House ceremony.

“We are honored to provide a home for one of the world’s most storied pianos,” says Crystal Bridges Executive Director, Rod Bigelow. “And we’re excited to share this piece of history with our visitors through the dedication concert. Set against the backdrop of this beautiful museum that reflects and defines American culture, the performance celebrates the gift with one of this generation’s brightest talents.”

In collaboration with the Cliburn, Crystal Bridges will host a dedication concert showcasing the museum’s newly gifted Concert Grand Steinway piano. The concert features Olga Kern, an internationally renowned musician. Kern is recognized as one of her generation’s great pianists, winning the Gold Medal at the 2001 Van Cliburn Competition as the first woman to win the competition in more than 30 years.

…”Olga Kern was an absolute whiz at the piano.” … —The New York Times

…”This immensely talented artist turned in a performance that was dignified, controlled and almost majestic… her rubato was elegant and natural. The highlight of the afternoon was the concerto’s celebrated Adagio, where Spivakov created a gossamer halo around Kern’s luscious phrases.”… —The Washington Post

With her vivid stage presence, passionately confident musicianship, and extraordinary technique, the Russian-born, American pianist continues to captivate fans and critics alike. Kern was born into a family of musicians with direct links to Tchaikovsky and Rachmaninoff and began studying piano at the age of five.

Tickets are $50 ($40 for Members) and can now be reserved online or with Guest Services. Crystal Bridges offers members early access to purchase tickets by calling the member priority line at 479.418.5728 or by reserving tickets here.  Tickets will go on sale to the public on Friday, August 12 at 9am.  The Olga Kern Dedication Concert is sponsored by Reed and Mary Ann Greenwood, The William M. Fuller Foundation, and The Tartaglino-Richards Foundation.