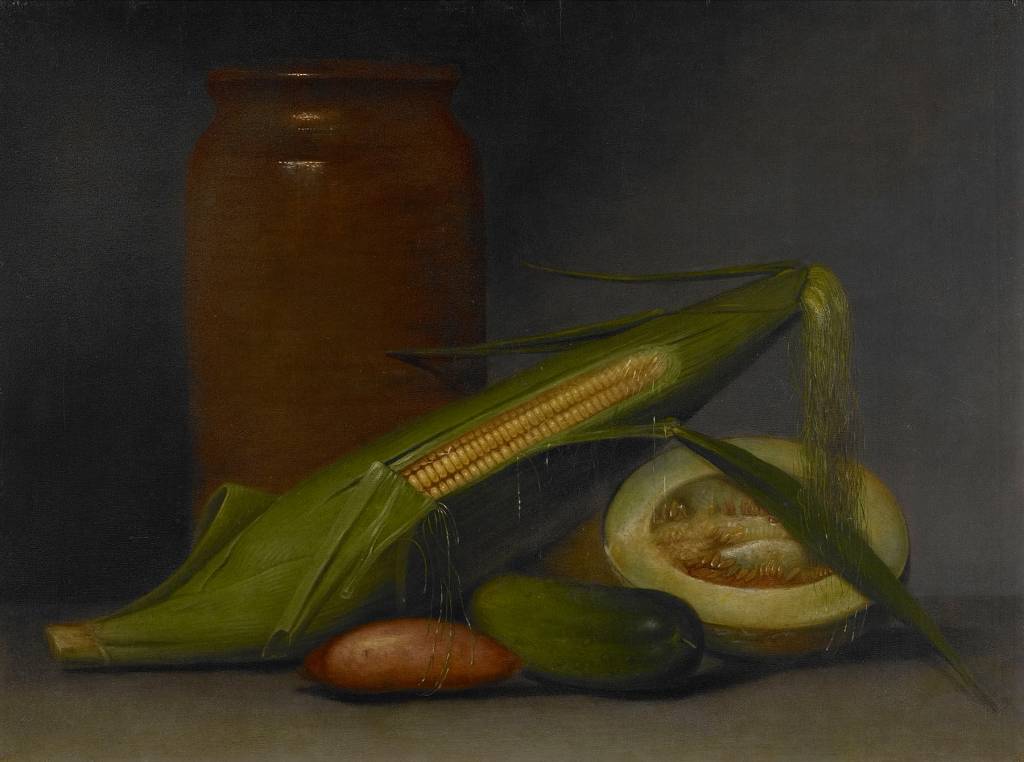 This week,  Crystal Bridges Museum of American Art unveils American Encounters: The Simple Pleasures of Still Life, the final installation in a four-part collaboration with the Musée du Louvre in Paris, France, the High Museum of Art, Atlanta, Ga, and the Terra Foundation for American Art, Chicago, Ill. The culminating exhibition, The Simple Pleasures of Still Life will be on view at Crystal Bridges May 16 – September 14, 2015, at no cost for admission.

Prior to Crystal Bridges, The Simple Pleasures of Still Life was on view at the Musée du Louvre from February 5 – April 27, and will close at the High Museum, September 26– January 31, 2016.

“We are grateful for the ongoing engagement and scholarship opportunities with the American Encounters series. The four-year partnership with the Louvre, High Museum, and Terra Foundation has proved to be a meaningful exchange for Crystal Bridges and our visitors, offering a comprehensive narrative and a deep appreciation of American art within the U.S. and abroad,” said Crystal Bridges Executive Director Rod Bigelow.

The final installation follows previous exhibitions that examined important genres in American art, including portraiture, landscape, and genre paintings. The first American Encounters installation was titled Thomas Cole and the Birth of Landscape Painting in America, and explored the emergence of American landscape painting through the works of Thomas Cole and Asher B. Durand. The second—Genre Painting and Everyday Life—provided a close look at five major genre paintings, each of which offered a unique perspective on 19th-century America. And the third, Anglo-American Portraiture in an Era of Revolution  demonstrated how portraiture evolved in the late 18th and 19th centuries through America and Europe.

The Simple Pleasures of Still Life  uncovers the roots of still-life painting in the works of French and Dutch still-life masters of the 17th and 18th centuries, and explores how late 18th and early 19th century American artists adapted European still-life tradition to American taste, character, and experience.

“The 10 masterpieces in the exhibition represent the diversity of the genre in the U.S. and abroad.  Works range from the earliest still lifes to the popular trompe l’oeil works of the Gilded Age and paintings by John-Baptiste-Siméon Chardin and Abraham Mignon demonstrate the European examples frequently emulated by American artists,” said Crystal Bridges Curator Manuela Well-Off-Man.

Though a centuries-old tradition in Europe, still-life painting was slow to take hold in the U.S., increasing in popularity over the course of the 19th century, an era of remarkable political, economic, and social transformation. The subjects depicted in American still lifes evolved throughout these decades, drawing on and expanding the traditions of Dutch-style tabletops laden with fruits and vegetables and ornate French bouquet arrangements in the selection, arrangement and depiction of objects imbued with New World symbolism. As the country became more cosmopolitan, a result of its growing industrial and economic power, art patronage in the Gilded Age increasingly focused on the representation of wealth in pictures of exotic objects popular among the upper classes. The subjects of still-life painting during this period served as evocative emblems—whether of regional identity, moral values or eclectic collecting—and reflect the story of an evolving nation.

Other works in the exhibition from Crystal Bridges include John Haberle’s Small Change (1887), and De Scott Evans’ Daisies (ca. 1885).

“Together, this body of work provides a focused examination of the development of a distinctly American voice within the still-life tradition. said Well-Off-Man.”

Along with the masterworks, the exhibition will include a Still Life Studio in an adjacent reflection space. After visitors go through the galleries, they are invited to arrange, draw or photograph, and share their still lifes using materials provided or by uploading images to social media using the hashtag #AmericanEncounters.