Crystal Bridges Museum of American Art announces the promotions of assistant curators Manuela Well-Off-Man and Chad Alligood to curator. Additionally, Mindy Besaw has been appointed curator, joining the Crystal Bridges team in the fall from the Whitney Western Art Museum in Cody, Wyo.

“Manuela and Chad have played key roles in the development of the museum’s programs and exhibitions, and Mindy brings an impressive career of curatorial accomplishments,” said Crystal Bridges Executive Director Rod Bigelow. “Together, the team will work toward the museum’s ongoing goal of making art accessible to all, while building on the positive momentum of the upcoming State of the Art exhibition. With the diverse perspectives and collective academic credentials, our curatorial team is uniquely positioned to expand the impact of Crystal Bridges through outstanding collection development and exhibitions.”

The curatorial team will work collaboratively with art and education branch directors—Niki Stewart, director of education and exhibitions; Catherine Petersen, director of the library; and Elizabeth Weinman, registrar—under the guidance of museum executive leadership, including executive director Rod Bigelow and president  Don Bacigalupi, PhD. The museum’s search for a director of curatorial is ongoing. 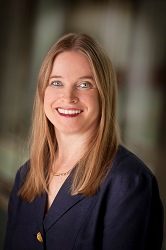 Manuela Well-Off-Man, PhD, joined the museum as assistant curator in 2009. Prior to Crystal Bridges, Well-Off-Man served as curator of art at the Montana Museum of Art and Culture at the University of Montana in Missoula. Previously, she worked as independent curator at the H. Earl Clack Museum in Havre, Montana and the Westphalian State Museum of Natural History in Münster, Germany. Well-Off-Man has organized more than 45 exhibitions, among them This Land: Picturing a Changing America in the 1930s and 1940s, Edward Hopper: Journey to Blackwell’s Island, and Born of Fire: Ceramic Art in Regional Collections (all at Crystal Bridges) as well as Indian Reality Today – Contemporary Indian Art of North America (Westphalian State Museum), a traveling exhibition that was viewed by more than 350,000 visitors in her native Germany. Well-Off-Man earned a doctoral degree in art history from Ruhr University in Bochum, Germany, a master’s degree in art history from the University of Cologne and a bachelor’s degree in art history from the University of Heidelberg. 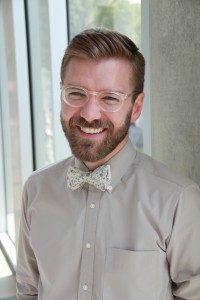 Chad Alligood joined the museum as assistant curator in 2013. Alongside president Don Bacigalupi, Alligood curated State of the Art: Discovering American Art Now, debuting at Crystal Bridges on Sept. 13, 2014; the unprecedented exhibition features 102 artists from every region of the country and offers a glimpse into the most compelling art being made today. Alligood came to Crystal Bridges from Cranbrook Art Museum where he worked as the Jeanne and Ralph Graham Collections Fellow, curating exhibitions of modern and contemporary art. He previously served as an adjunct professor of art history at Brooklyn College. Alligood completed his doctoral coursework at City University of New York (CUNY), earned his master’s degree in art history from the University of Georgia and his bachelor’s degree in history of art and architecture from Harvard University.

Mindy Besaw comes to Crystal Bridges from the Buffalo Bill Center of the West’s Whitney Western Art Museum, where she served as curator and spearheaded the new installation of the Whitney for its 50th anniversary. Besaw is the co-curator of Painted Journeys: The Art of John Mix Stanley, the first examination of Stanley as an important 19th-century American artist. Prior to that, Besaw was at the Denver Art Museum, where she was curatorial associate at the Institute of Western American Art and planned the re-installation of the permanent collection galleries in the new wing of the museum. She has written and lectured on a variety of artists, covering 19th-to 21st-century America, and recently collaborated on a partnership with the High Museum of Art in Atlanta for the exhibition and publication: Art of the American Frontier, based on the Buffalo Bill Center of the West’s collections.Besaw earned her master’s degree in art history at the University of Denver where she focused on museum studies, and her bachelor’s degree in art history at the University of Illinois, Champaign-Urbana. Besaw is working to complete a PhD in American Art History from the University of Kansas and will join the Crystal Bridges curatorial team in September on a part-time basis while she completes her dissertation; she’ll transition to full-time in January.