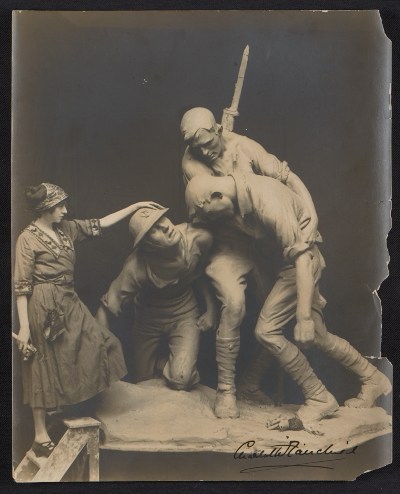 Sculptor and art collector Gertrude Vanderbilt Whitney (1875-1942) was born the middle child in the midst of four brothers and was the great-granddaughter of Cornelius Vanderbilt, known for the railroad empire that made the Vanderbilts one of the richest and most well-known families in America. Though she lived with financial stability and a number of social connections, Gertrude’s life, which she recorded extensively in her journals, did not lack challenges, especially the watchful eye of her mother, whom she thought was overprotective, and the pressure of social expectations for women. These pressures remained and even worsened after her marriage to Harry Payne Whitney. She suffered from postpartum depression after the premature birth of their third child in 1902 and discovered that her husband was having an affair.

Art had been a passion for Whitney during her days at Brearly School for Girls, but it became a source of escape and positivity during her marriage. During a trip to Europe, she was inspired by the art scene in Paris to become a sculptor. She first submitted her work to an exposition in 1901 under a pseudonym, and during her depression, sculpting became her primary way of coping, giving her life a sense of meaning. 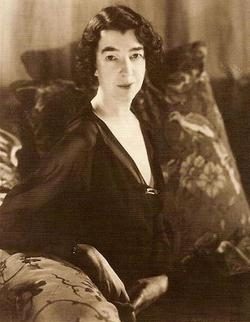 This passion was not without resistance. Her mother was horrified at the possibility that Whitney would depict nudes in her studies, and Whitney’s husband often found her dedication annoying. Her social class also put her in a difficult position in the art world. People criticized Whitney for accepting commissions because other artists needed the job more than she did, but they also criticized her for working for free, because doing so helped de-legitimize art as paid work. Nevertheless, she persisted in nurturing her skills and building networks with other artists.

The financial support Whitney was able to give to other aspiring artists allowed her to combine her passions for art and philanthropy. Whitney’s patronage was especially crucial to several up-and-coming artists of the time, notably Robert Henri and other painters of the Ashcan school, a group of Realists known for depicting the realities of urban existence in New York. In 1914 she opened the Whitney Studio, an exhibition space for artists struggling to find support from museums. Whitney also founded the Whitney Studio Club (previously called Friends of Young Artists) in 1918 and Whitney Studio Galleries in 1928, and she sponsored traveling exhibitions and arts magazines as well.

By 1929, Whitney had collected nearly 500 pieces of Modernist art. Thinking the works and artists deserved more recognition, she offered to donate the entire collection to the Metropolitan Museum of Art in New York, but the museum’s director declined the offer, not wanting any more American artists in the collection. In 1930, she determined to create her own museum that would focus exclusively on American artists. Together with her husband, she founded the Whitney Museum of American Art, which opened at the end of 1931.

Whitney had an invaluable impact on the encouragement of American artists and preservation of American art. Through her personal involvement and the legacy of the Whitney Museum, she has helped artists like Robert Henri, George Luks, Edward Hopper, Georgia O’Keeffe, Mary Cassatt, and Felix Gonzalez-Torres, all represented in Crystal Bridge’s permanent collection, among innumerable others. Whitney’s involvement in the art world continues to grant artists the ability to live to their full artistic and personal potential. “We all long for completeness in life,” Whitney said, “…to play on the instrument that is ourself on every note, in every key, every interest developed, one’s nature the medium that receives experience.” 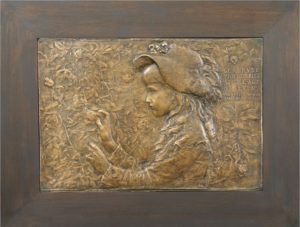 In 1882, the American sculptor Augustus Saint-Gaudens (1848 – 1907) created a relief portrait of the young Gertrude Vanderbilt at the age of seven. Although not presently on view, this relief is part of Crystal Bridges’ permanent collection.

And Another Whitney Museum:

Whitney made a monumental sculpture of Buffalo Bill Cody that was dedicated in 1924 in the then tiny town of Cody, Wyoming. Following her death, her son, Cornelius Vanderbilt Whitney, named a museum after his mother—the Whitney Gallery of Western Art. The museum was built facing the Cody monument, and opened in 1959.