We The People: A Community Installation 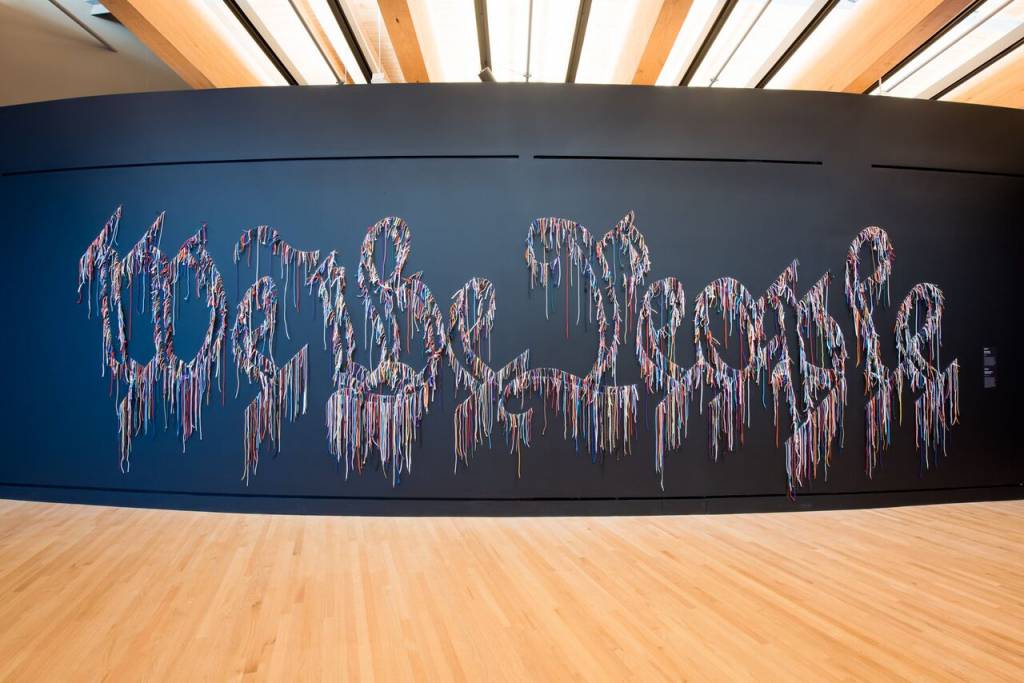 As you enter our newly designed Early American Art Galleries, you’re welcomed by the three most recognizable words from the United States Constitution: We the People. Artist Nari Ward is known for his sculptures made from found materials discovered in and around New York City. By using multi-colored shoelaces, Ward brings this message into the twenty-first century. These words not only represent grand ideals written by the founding fathers hundreds of years ago, but also speak to the concerns of Americans today. Through the use of a common item, the artist has woven “we the people” into our contemporary lives.

In the spirit of the work, we invited community members to help install the shoelaces of We the People. Preparator Kevin Haynie led the installation process and shares the experience below. 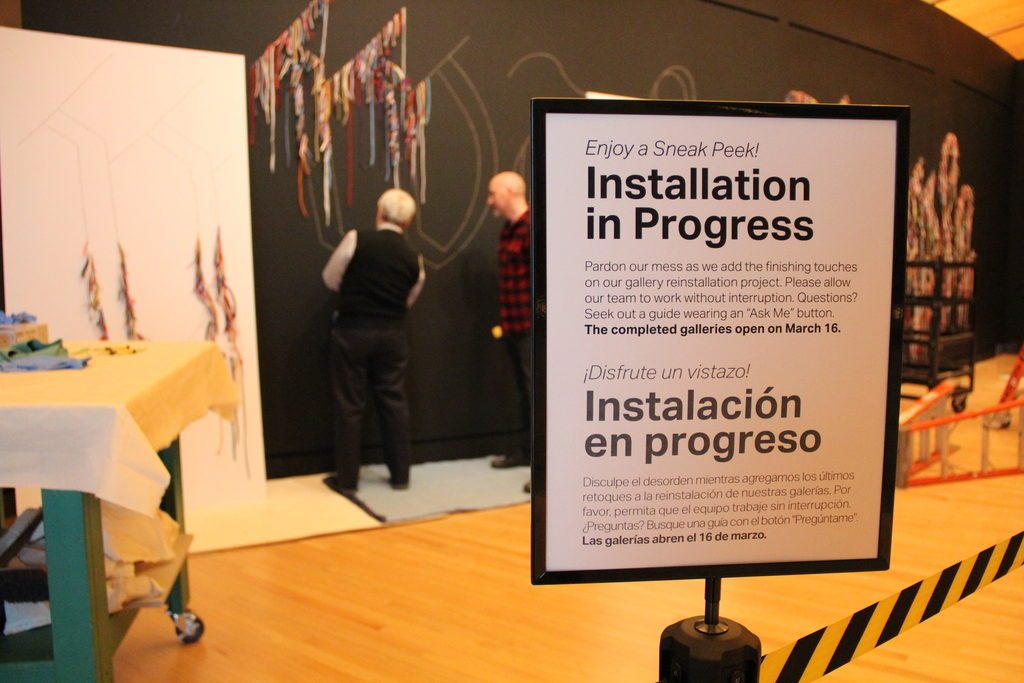 Before I became a Preparator at Crystal Bridges, I was an artist and teacher living in South Arkansas. I’ve always had an interest in demonstrating art, and I try to think of ways to try to incorporate this into my job at the museum. Part of my role is to oversee the artwork we receive, and as I first unpacked We the People, I noticed that the installation process lent itself to involving the community.

This process and the theme of the work was the catalyst for the community installation. Nari Ward often addresses race, immigration, and the structures of power in American society. We the People embodies all of these themes and also serves as a call to action. During installation, the shoelaces are left untied as they form the beginning of our Constitution, suggesting that it’s our duty to participate in democracy. Having the community assist with this installation allowed them to witness firsthand the relationship between art, artist, and audience, as well as the relationships between ourselves, our neighbors, and our communities at large.

Planning to include the community played out in several stages. The initial plan included time slots allowing participants to add a shoelace over the course of three days—it was very rigid and structured. But from the beginning, we wanted to capitalize on the overall ideas of community, teaching, and excitement, and there was no better way to do that than to let go of the structure and act on those ideas. The new plan was to simply let the guests be a part of the work, however it felt right to do.

On the first day of the project, we opened the stanchions and invited anyone entering the gallery to join as we installed We the People. 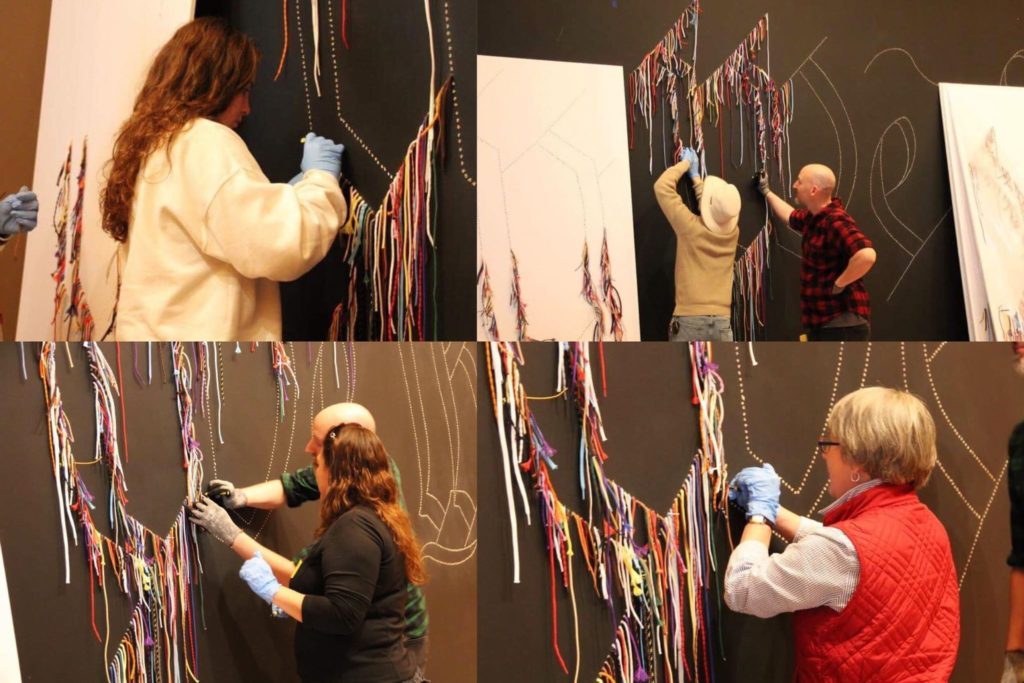 As the first guest placed a shoelace, the impact of interacting so closely with the work while it was in such a vulnerable state became clear. Even if they only installed a few laces, their participation eventually added up to the completed work as a whole. 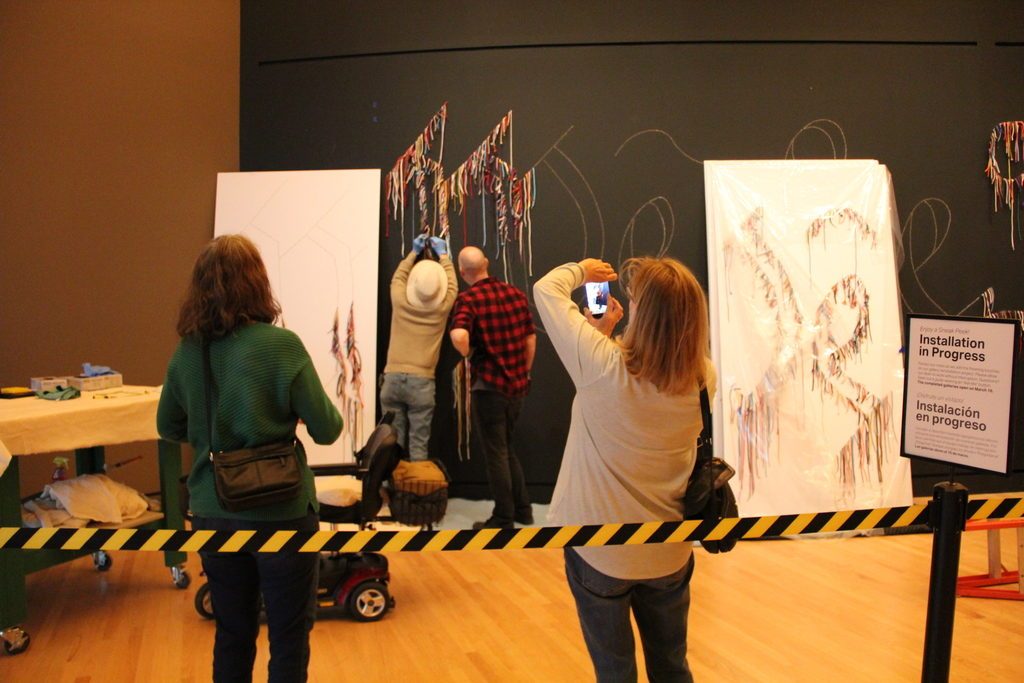 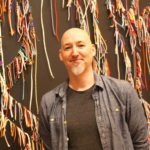 From the smiles to the pictures and laughter, the participants understood that they were now a lasting part of the artwork itself. I like to think they’ll remember their experience of working on this piece the next time they hear about how each person can make a difference; how they can fit in and contribute to everything from our towns to our cities and governments, and how they can make a difference with each other.

We the People is on view now in our Early American Art Gallery. 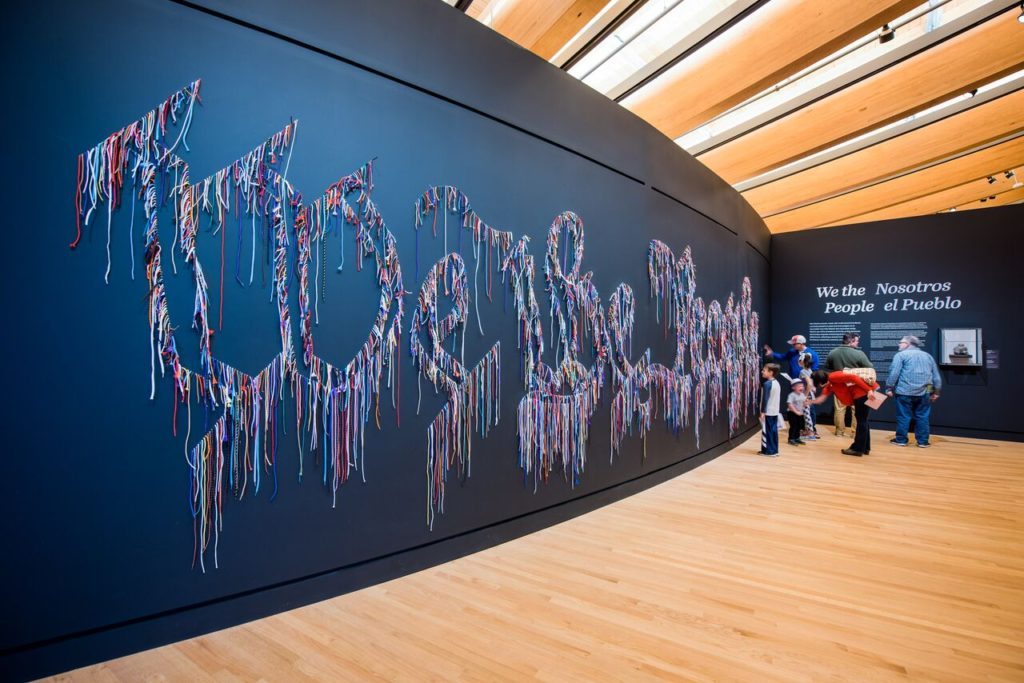