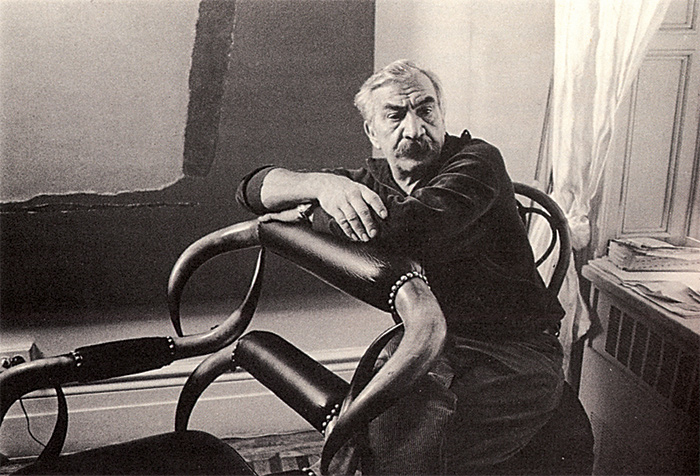 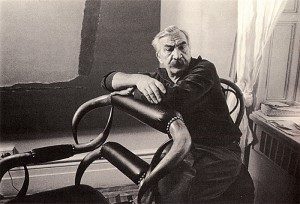 Theodoros Stamos, from the book “Stamos: A Testimony About the Artist.”

Today is the birthday of Abstract Expressionist painter Theodoros Stamos. Stamos, a Greek-American artist, was the youngest of the “first generation” Abstract Expressionists, and was one of the contemporaries of a group of artists known as “The Irascibles,” which included Mark Rothko, Jackson Pollock, Clyfford Still, and Barnett Newman, among others. In 1950, these artists were united in their stance against the Metropolitan Museum of Art’s planned exhibition American Painting Today –1950. The jurors who would select the works, they argued, were too conservative to permit any “advanced art” to be included in the exhibition, and they announced that they would therefore refuse to submit their work for consideration. The group’s open letter to the museum was published in the New York Times on May 22, 1950. Later, 18 members of the group, including Stamos, were famously photographed for a 1951 LIFE magazine article. 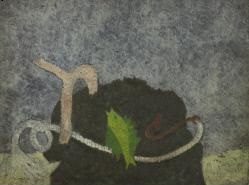 Today Stamos is considered a “second tier” Abstract Expressionist whose work owes much to artists such as William Baziotes and Mark Rothko.  It is not impossible that his relegation to lesser status is due in part to the damage done to his artistic reputation when he was implicated in the infamous “Rothko Case.” After Mark Rothko’s suicide in 1970, Stamos was named as one of the executors of the artist’s will. Rothko and Stamos were good friends, and Stamos even provided the Rothko family with burial space for the artist (and his wife, who died just six months after Rothko’s suicide) in his family plot.  Nevertheless, it was later revealed, in a lengthy court battle instigated on behalf of Rothko’s children, that the executers, along with the Marlborough Gallery, had defrauded the heirs to Rothko’s estate of hundreds of thousands of dollars by selling 100 of the artist’s works to the gallery at a deep discount. The gallery then sold some of the works for up to 800 percent of what it had paid for them. 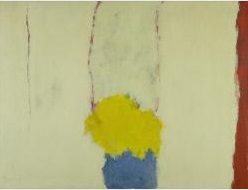 Although Stamos made no profit from the deal cut with the Marlborough Gallery, the judge deemed him complicit because, in 1971, Stamos signed a contract to be represented by Marlborough. Regardless of how involved Stamos actually was, when the verdict finally came down and Stamos was implicated, his reputation took a hit from which he never fully recovered. It has only been since the 1980s that the stain has faded sufficiently from Stamos’s reputation for him to begin to be considered again fully on the merits of his work.

Of the four works by Stamos in Crystal Bridges’ collection, most bear the complex color surfaces and the soft-focus organic shapes typical of the artist’s earlier work. In Stamos’s later work, the influence of his friend Rothko is evident in the presence of squares or rectangular fields of color, though the colors often still show the signature “chalky” quality or complex layering of his earlier paintings. In his obituary in 1997, the New York Times said that the strength of Stamos’s work “lay in its sense of muffled light and its sensitive, modulated surface.”

When the court case finalized in 1975, Stamos was obliged to surrender his home in Manhattan to the Rothko estate in payment for legal fees, though the family allowed him lifetime tenancy. After that, Stamos lived four months of the year in New York, and the rest of the year he spent in Greece, where he was celebrated as one of the country’s greatest artists. He continued to paint until just a few years before his death.