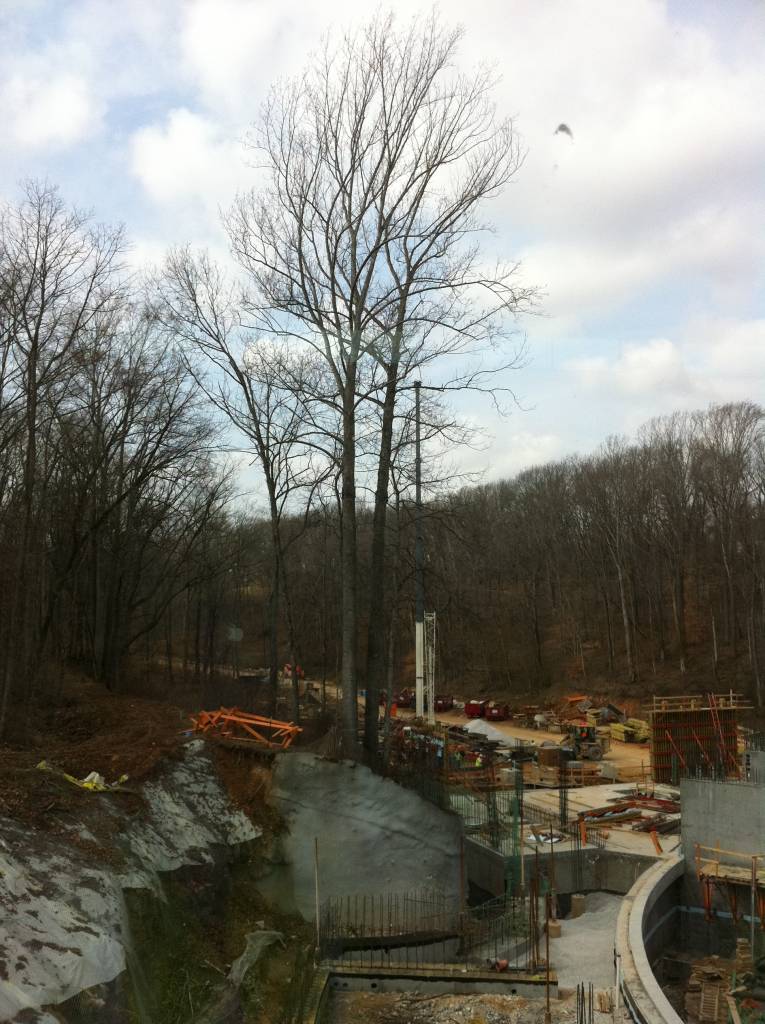 Are you familiar with Thelma and Louise?  No, not the 1991 film starring Susan Sarandon and Geena Davis.  I’m talking about Crystal Bridges’ version.

Thelma and Louise are  two particular trees on Crystal Bridges’ grounds that had a significant impact on the architectural design of the southern section of the Museum. When the Museum site was being excavated prior to construction, this pair of tall tulip trees, perched on the edge of the bluff to the southeast, were slated for removal. Museum founder Alice Walton was reluctant to uproot these mature specimens, and asked architect Moshe Safdie to make slight adjustments to the shape of the Great Hall Corridor in order to save the pair. He accommodated her request, adding in a semi-circular cut-out in the building design to by-pass the trees. 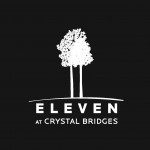 As excavation and construction progressed, the construction crews made saving the trees a priority, and their roots were carefully  protected throughout process. Playfully named “Thelma and Louise” for their precarious cliff-edge location, these venerable trees were successfully nurtured and preserved, and now serve as the logo for the Museum’s restaurant, Eleven.

In truth, Thelma and Louise are not the only trees in the grouping.  They are part of a small copse which includes three or four of the pair’s younger siblings, as well. 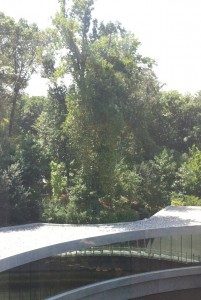 Guests can see the building cut-out from the windows at the south end of the Library on the Museum’s third floor.