The Monochromatic and Contradictory World of Mark Tansey

Artist Mark Tansey was born on August 2, 1949,  and curatorial intern Kaitlin Morelock would love to fill you in on some information behind the artist responsible for Landscape, located in Crystal Bridges’ 1940s to Now Gallery.

Ever wondered what Tansey’s process behind his works is like? You’re undoubtedly not the only one.

Most of Tansey’s paintings offer contradictory compositions that simultaneously appear rooted in a precise realism while conveying a jumbled, visual jargon of competing images that may leave a viewer with more questions than answers relating to the composition’s origins. Tansey’s knowledge of art history remains evident throughout his work, as he often borrows imagery from famous historical works, inserting them into his own re-imagined scenes.

While Tansey was attending art school at Hunter College of the Arts in New York in the seventies, the status quo in modern art at the time was a deliberate shift away from realism and representative works. However, Tansey challenged this trend with full force. Tansey has referred to his artistic motivations as a remedy for the “death of painting” following the art world’s shift toward more Minimalist endeavors. His work relies heavily on figurative images that relate to his thorough academic and art historical knowledge, infusing his meticulous paintings with subject matter and purpose. 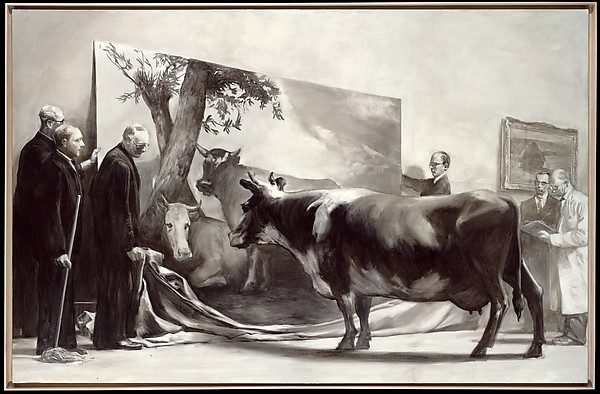 Tansey’s process of constructing image compositions for his paintings is perhaps one of the more interesting artistic processes I’ve encountered. He begins by selecting images from an exhaustive catalog of stockpiled material from various sources, collected by Tansey over the last several decades. Tansey selects appropriate figures, pastes them into intricately collaged configurations, and then photocopies them a number of times, manipulating the density and contrast until he is satisfied with the image, which then serves as the basis for his painting. Tansey also utilizes a self-made “color wheel” of words that allows him to create unusual and contradictory subject matter for his works (seen in the image below). The result is a comic and cleverly constructed scene that uses appropriated references to produce an entirely new and innovative image.  (You can read more about this fascinating device here.) 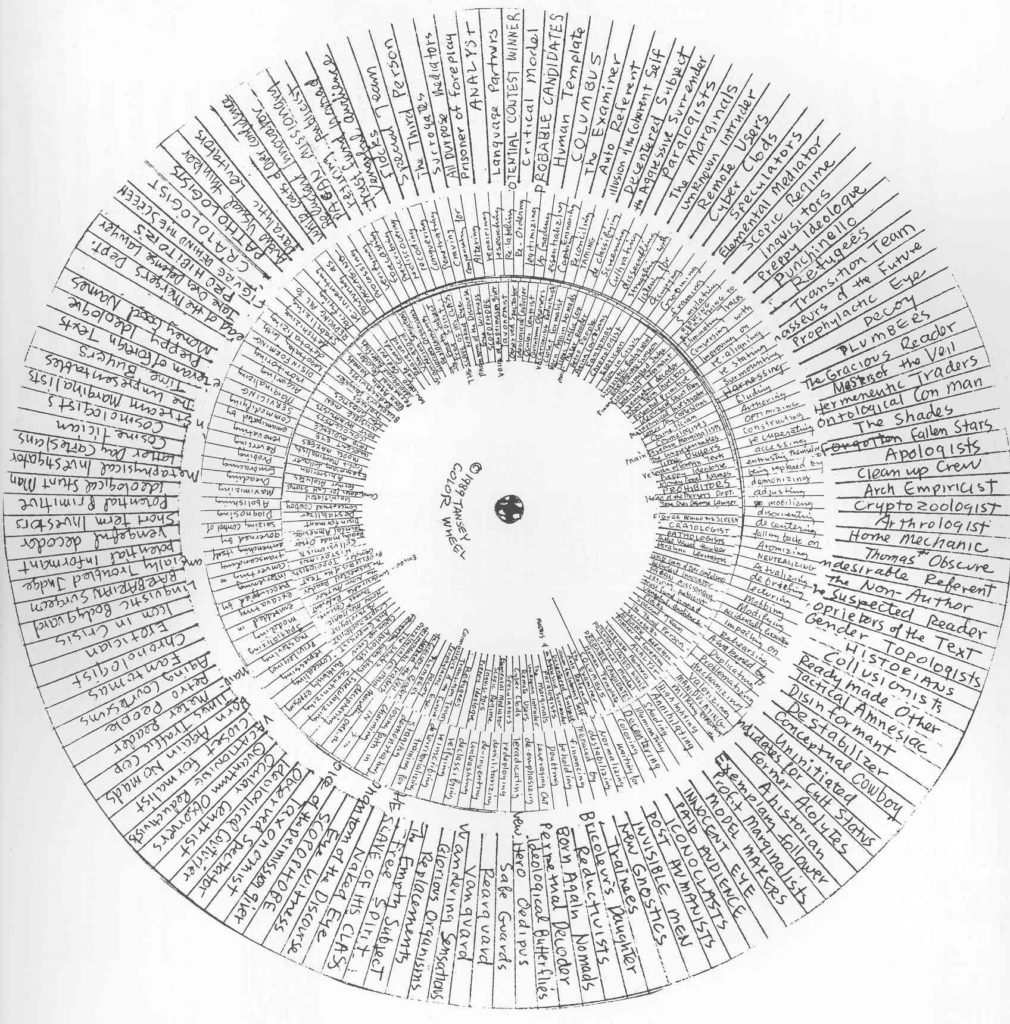 Another unique feature of Tansey’s process involves the actual execution of the painting. Applying a single color over a layer of gesso, Tansey’s complex imagery is achieved through the removal of paint instead of through its application, meaning that the white seen in the works is not painted, but is rather the absence of paint that was once there. Such a process requires Tansey to work quickly because he has only about six hours before the paint dries and can no longer be manipulated. Therefore, in order to include his characteristic amount of detail, he only works on one small section at a time, moving around the painting in pieces instead of working on the entire composition at one time.

Tansey’s quirky paintings have provided, once more, a place for realism in the context of modern art, while his artistic education and style, as well as his use of imagery derived from American publications, help place Tansey as a quintessentially American artist. 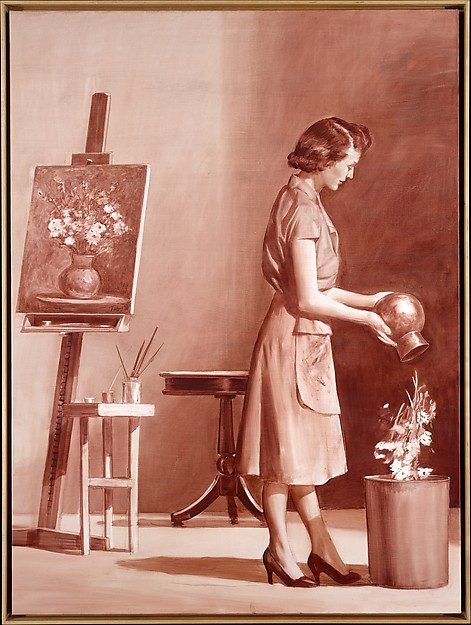