Stories from American Made: Carousel Horse 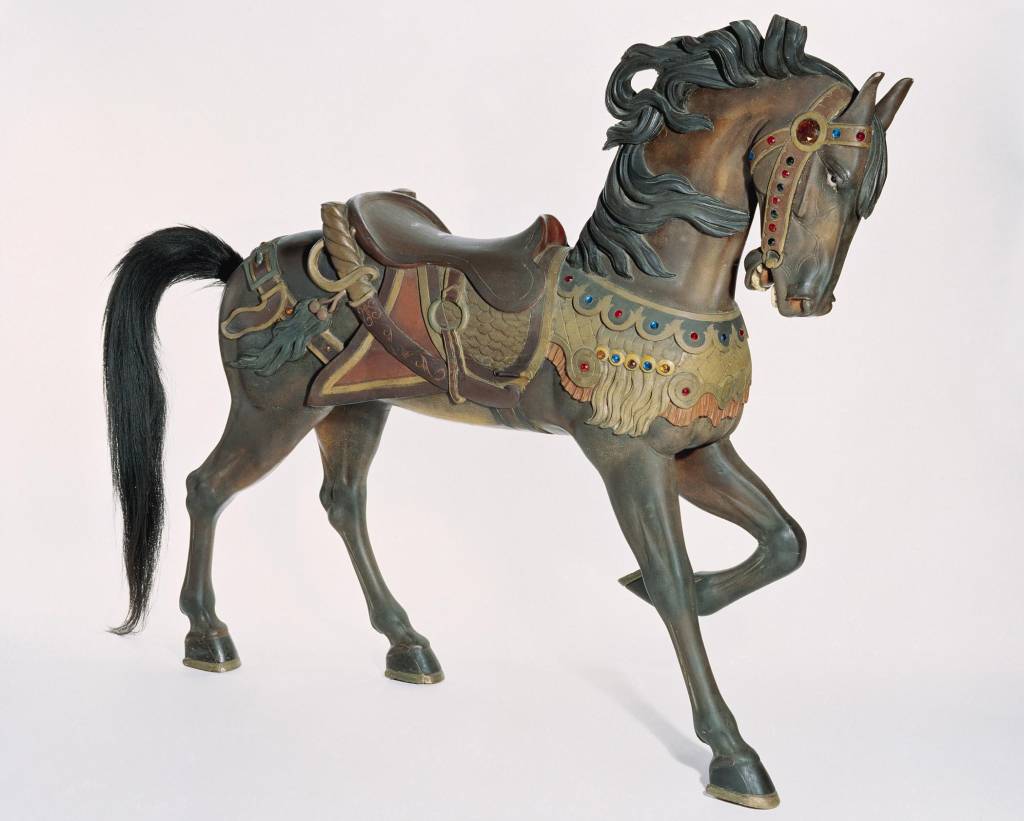 By Stace Treat, Interpretation Manager for American Made: Treasures from the American Folk Art Museum

One of the most interesting, and challenging, parts of my job as an Interpretation Manager at Crystal Bridges involves developing engaging interactive activities for our visitors. For American Made, I had the good fortune of working with Stacy Hollander, the Chief Curator for the American Folk Art Museum, in creating the audio tour experience for the exhibition. Stacy visited Crystal Bridges in the late spring to record some sessions with me, offering fascinating insights into many objects in the show. Time and space constraints for the final product required us to cut out a lot of the great information Stacy shared during those sessions, so I decided to offer excerpts from the audio transcripts here on the Crystal Bridges blog for all to read. Enjoy!

Adapted from a transcription of recorded interview with Stacy Hollander

As American society industrialized, there were several collateral effects. One of them was that people had a little more time to spend outside of work, and some people had a little more money to spend on entertainment. One of the big ideas that emerged at the end of the nineteenth century was the amusement park, an actual place where people and their families could go and spend some time and a little bit of money in some kind of entertainment. Amusement that hopefully was morally sound, but also somehow out of the ordinary—that would remove you from your normal everyday life, and excite you in a different way. 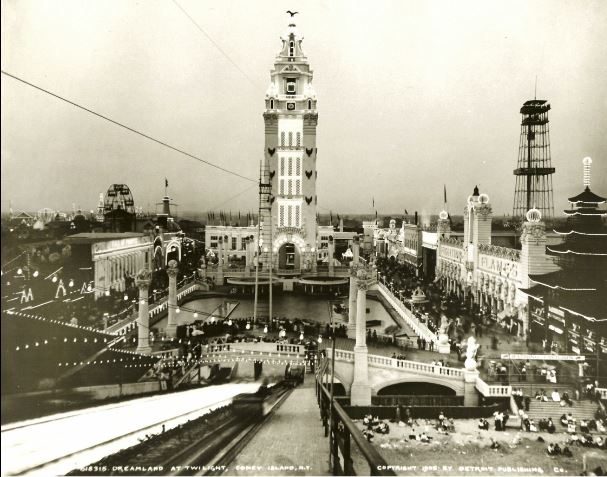 Dreamland amusement park on Coney Island. Photo from the collection of the Paul and Nancy Brigandi Museum.

Carousels have a long history. The earliest iteration was in France where horses were ridden in a circle as an entertainment.  That gives rise to actual pavilions, or roundabouts, where horses—no longer living horses, but horses fashioned from other material—would rotate and people could have a ride. These were small, and the machinery, which was invented in England, gives rise to the modern-day carousel. That idea, and that technology, came to the US in the late nineteenth century. 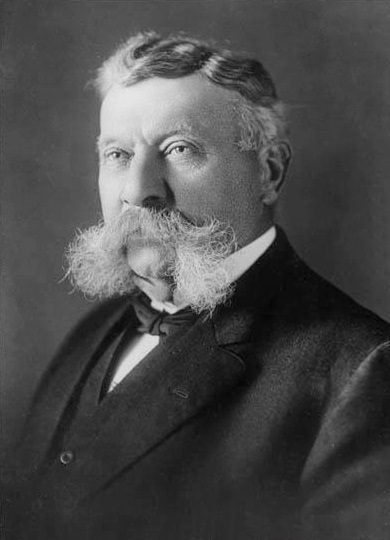 There were two immigrants to the US who gained experience with these new carousels and who innovated improvements in the industry who are really responsible for the carousel as we understand it today. And those are a man named Gustav Dentzel and a man named Charles Looff. Looff established the first carousel in Coney Island. He innovated by expanding the pavilion so that you could have many horses, and carving horses from wood that were large, almost life-size, and making the sculptures—because that’s essentially what they are—as life-like, as vivid, and as embellished as possible. The generations of carvers who trained in Looff’s workshop, and then established their own operations, continued to expand the style and bring their own creativity and their own references to the form.

Carousels became these elaborately enormous affairs, with huge pavilions, with multiple rows of horses; and as time went on the introduction of mythological creatures, fantastic creatures, exotic creatures— lions, and giraffes, and dragons—and all kinds of different manifestations. All beautifully carved, painted, embellished with glass jewels; it was like entering a fairy tale. And there are a few carvers who rose to fame, especially in the Coney Island carousels, which became the most famous in the country because the carvings were so dynamic, and so realistic, and so beautifully realized.

So when you look at a carousel horse such as the one that’s on display, and you see three feet on the ground, that’s a “stander.” That is not a horse that goes up and down. The mechanism that allows a carousel horse to go up and down was innovated in Coney Island by William Mangels’ shop. When you see a carousel horse where the two front legs are raised, that’s a jumper. You might also notice if you walk around the carousel carving that one side is very elaborately decorated, and the other side is plainer – it doesn’t have as much embellishment on it, and there’s a very practical reason for that. In the large, stationary pavilions, the machinery went counter-clockwise, so all of the horses are traveling counter-clockwise. The sides that are facing out are the sides that get all the attention, and the side facing the interior is painted, but to a far lesser extent.

Some of the master carvers established their own shops, including Charles Carmel, who is particularly known for the jewels he encrusted on so many of the animals, especially the horses. Carmel always had a dream of creating his own carousel for Coney Island [as part of the Dreamland entertainment complex], and he created what must have been an extraordinary carousel for it. But his carousel burned up in a flash in a fire [on opening day, 1911, that devastated all of Coney Island], and he lost everything. Carmel never attempted to branch out on his own like that again and continued to work in other shops in Coney Island.