Soul of a Nation Focus: Art Is… by Lorraine O’Grady

A conceptual artist, performer and critic, O’Grady’s early work involved guerilla infiltration five years before the Guerilla Girls – a group of feminist artist that broadcasted inequality through unauthorized interventions. She took on the persona of Mlle Bourgeoise Noire – a personality she invented–and in 1980 and wore a dress sewn from 180 white gloves. As part of this performance dealing with institutional critique she handed out flowers, and hit herself with a cat-o-nine-tales reciting poetry to give Black artists and white institutions “a piece of her mind”. 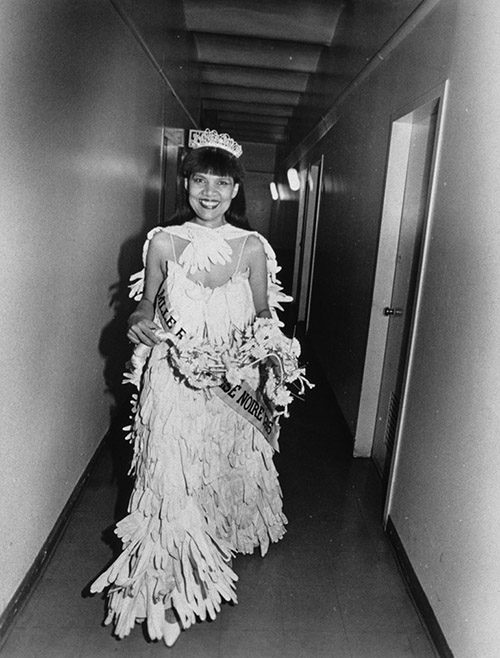 Lorraine O’Grady in a performance as Mlle Bourgeoise Noire

Decades after her initial pieces were performed, her work is finally getting the full appreciation it deserves. This performance was recognized in 2007 as part of WACK! Art and the Feminist Revolution, and O’Grady’s work been included in art exhibitions at major shows in New York, Chicago, New Orleans, Houston, and Paris.