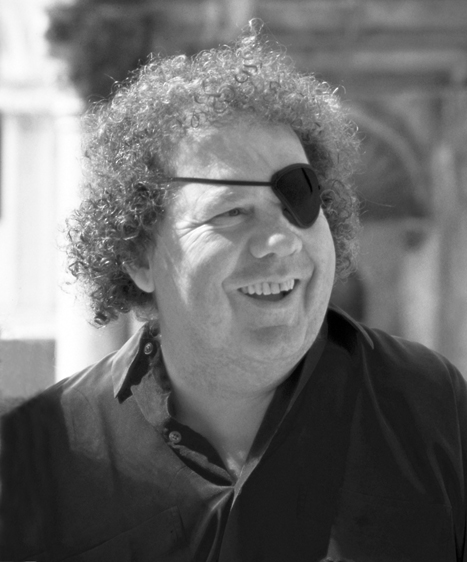 Most people are familiar with the characterization of the starving artist. They are the determined visionaries who forgo many of life’s comforts—money, food, bathing—so they can focus all of their energy on their art. It can be a struggle.

Some of America’s most prominent artists have had phenomenally influential careers in spite of hardships that transcend those associated with the starving-artist epithet. One such individual is internationally celebrated glass artist Dale Chihuly. 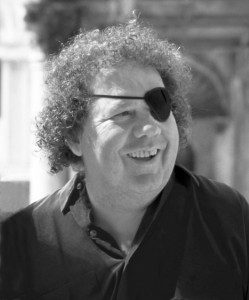 Chihuly has had a tremendous impact on the studio glass movement since the 1960s. Having trained, worked, and instructed the art of glass manipulation in hotshops from Seattle, Washington, to Venice, Italy, Chihuly developed his own unique style. He uses glass blowing as a method of sculpting to create vibrant, energetic forms. Much of this energy is derived from the natural movement of the glass. Rather than using a plethora of tools to confine the shifting molten glass, he allows gravity to influence the material and determine its shape.

Chihuly’s journey has not been without hurdles. A car accident in 1976 left him without sight in his left eye and with permanent damage to his right foot and ankle. Just three years later, Chihuly dislocated his shoulder in a bodysurfing accident. With such a physically demanding medium, Chihuly relinquished his role as gaffer—the glass technician who does the majority of shaping and transferring during the glass-blowing process.

Stepping down as gaffer has not caused Chihuly to limit the scale or scope of his work in the least. In fact, the result has been quite the opposite: “He found that he could see the process better and have more control over it when he ‘turned over the stick’ to another gaffer. He has been inspired to run a larger operation, whereas with full sight, he might have been satisfied with one or two assistants.”[1] 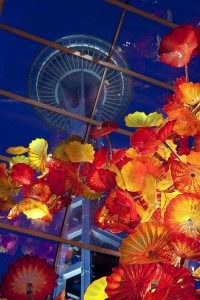 With the support of an expert team, Chihuly’s exploration of color and form continued unhindered as his focus evolved from small sculptures to larger outdoor installations, to vast environmental exhibitions wherein he creates habitats made entirely from glass. These sculptures and environments have been installed in museums and other institutions across the globe. One of Chihuly’s neon sculptures was featured just last year in Crystal Bridges’ temporary exhibition See the Light: The Luminist Tradition in American Art.

Chihuly’s physical limitations have not prevented him from creating. If anything, they’ve given him the inspiration and perspective to push further and dream bigger. His vast installations and multitudinous accomplishments stand as a testament to his perseverance and determination. 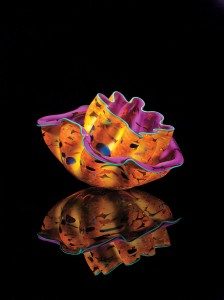