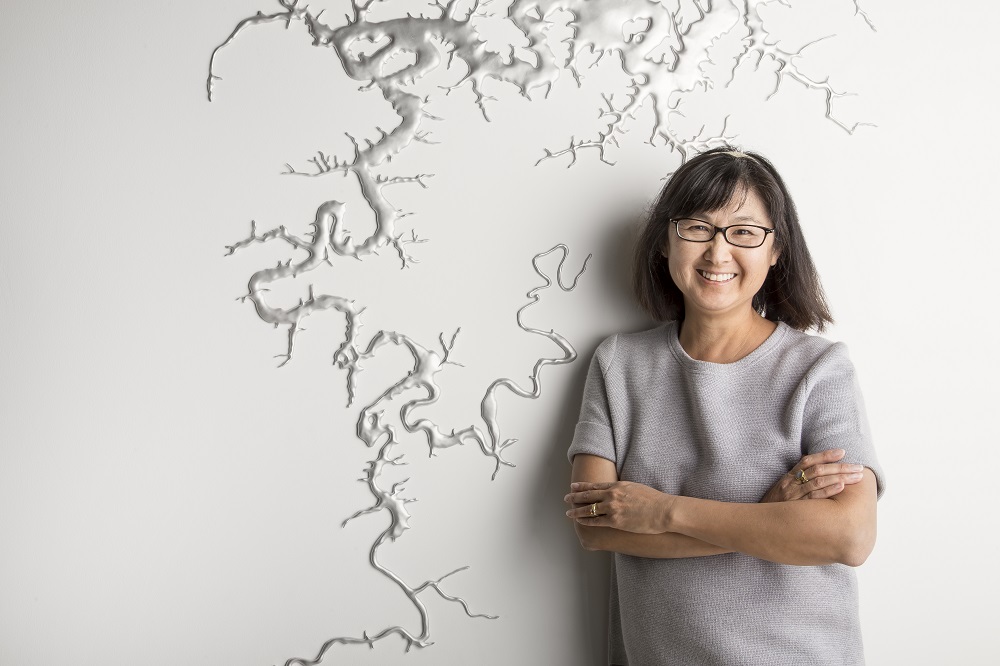 Artist Maya Lin’s (b. 1959) sculpture Silver Upper White River (recycled silver, 2015) is on display at Crystal Bridges.  Many readers may already be familiar with Lin; it was she who, while still an undergraduate architecture major, gained fame for her winning design for the Vietnam Veterans’ Memorial in Washington, DC.  Today, her art focuses on humanity’s interaction with nature, emphasizing our collective responsibility to protect and preserve the world around us.

Lin was born in Athens, Ohio.  Although her parents are Chinese, she has said that she did not even realize that she was of Chinese descent until later in life.  Lin graduated from Yale University with a Bachelor of Arts in 1981 and a Master of Architecture in 1986.  Environmental issues have concerned her since she was very young, and she dedicated much of her time at Yale University to environmental activism.  Much of her later work, after her work on memorials, focuses on the relationship that people have with their environment, which she displays in earthworks, sculptures, and installations. Lin’s work centers on the concept of uncovering “hidden histories” to bring attention to landscapes and environments that may otherwise be inaccessible to viewers.  Lin’s focus on this relationship highlights the impact humanity has on the environment, and draws attention to her concerns, such as global warming, endangered bodies of water, and animal extinction/endangerment.  Lin also sits on the Natural Resources Defense Council board of trustees and was a recipient in 2016 of the Presidential Medal of Freedom, the highest award a civilian can receive in the US.  She constructs her works to have a minimal effect on the environment, utilizing recycled and sustainable materials, minimizing carbon emissions, and avoiding damage to the landscapes and ecosystems upon which she works. 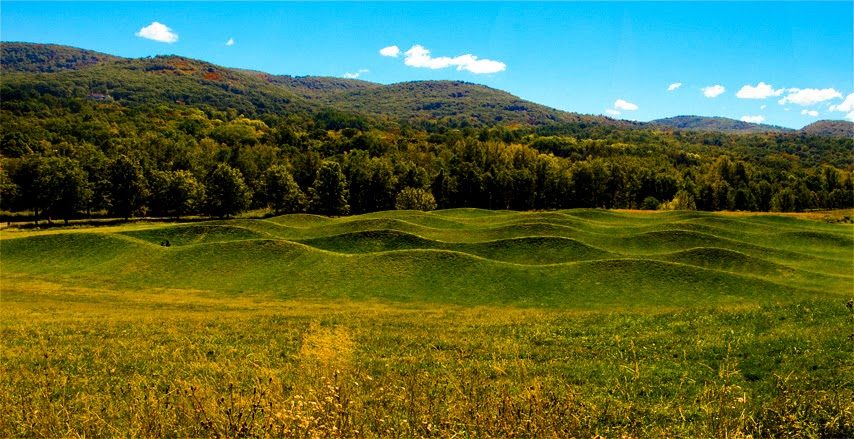 Lin’s sculpture, in Crystal Bridges’ bridge gallery, represents the upper portion of the White River, a major waterway which runs 722 miles through Arkansas and Missouri.  The four lakes represented in the sculpture, from left to right, are Beaver Lake, located about 20 miles east of the museum and which serves as the source for drinking water in much of Northwest Arkansas, as well as Table Rock Lake, Lake Taneycomo, and Bull Shoals.  Lin’s choice of silver as the medium is due to the fact that when Europeans arrived originally in the Americas, there were so many fish in the streams that the reflections off their backs gave rise to the term “running silver.” 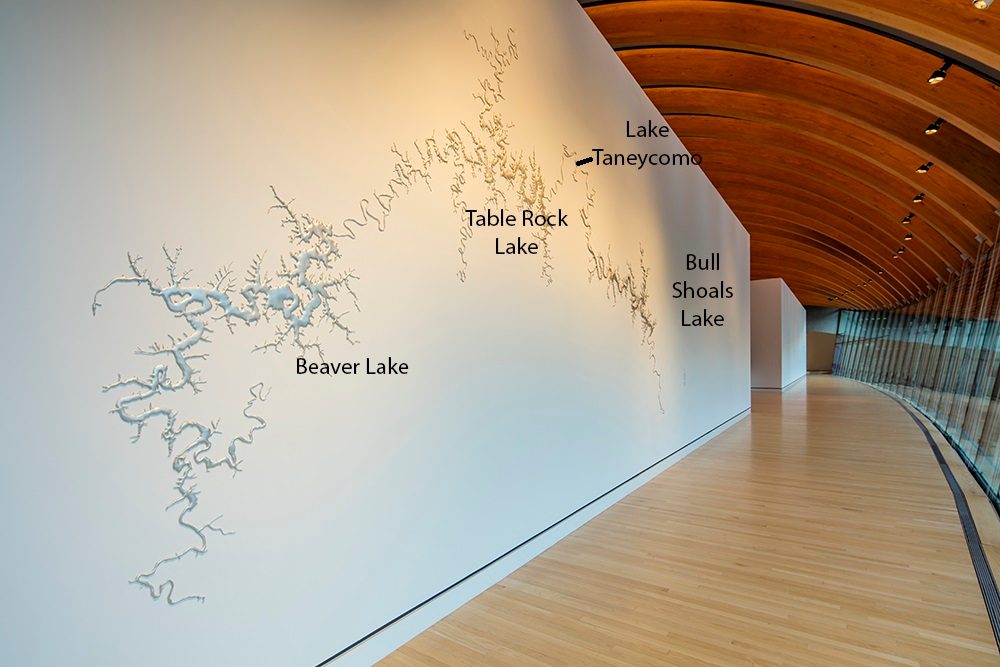 Maya Lin was commissioned to create this work especially for the museum.  Although it resides in the Early Twentieth Century gallery, it is of course an early twenty-first century work; the piece is representative of one of the cases in which the location, not the time period, is key to its placement in our permanent collection, as it sits over the museum’s lower pond.  Upon close observation, the viewer can see that the silver prongs of the river seem to spider out and trickle down in a huge U-shaped arc.  The various jogs the river takes are reminiscent of veins or nerves of the human body, which underscores humanity’s inextricable connection to the natural world around us, an issue Lin does not want us to forget as we move forward.