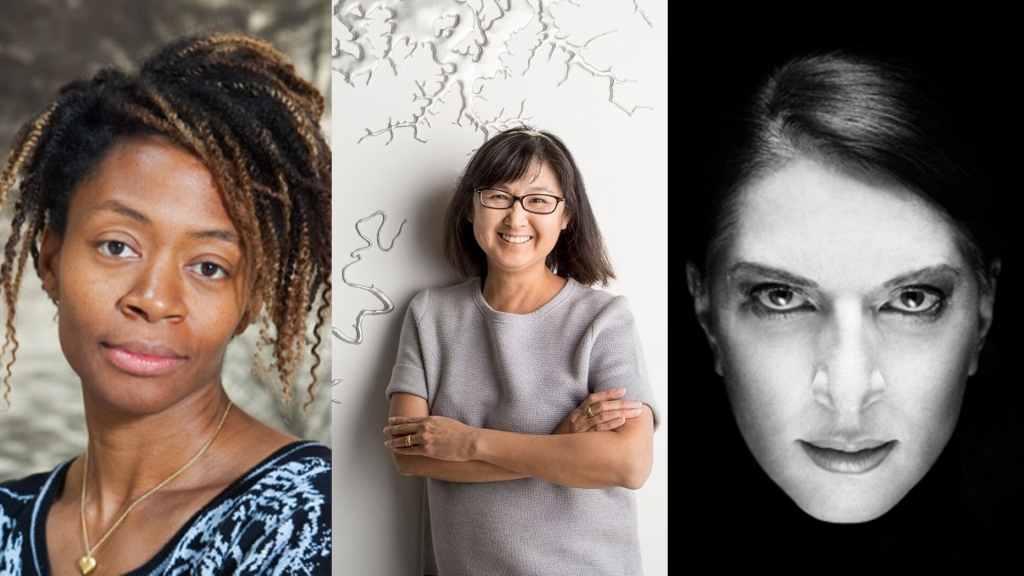 Walker’s work in the Crystal Bridges collection, A Warm Summer Evening in 1863 (2008), is a reproduced etching from an 1863 issue of the newspaper Harper’s Weekly that documents the burning of a “colored orphan asylum.” 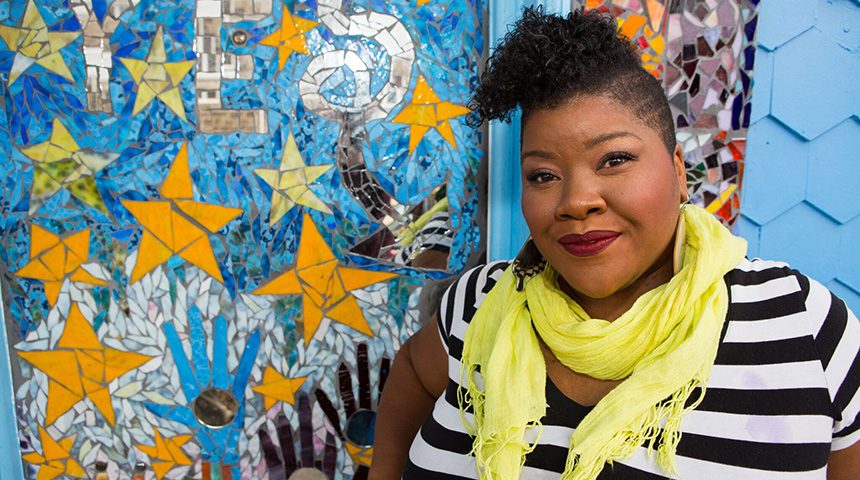 Vanessa German, born in 1976 in Wisconsin, is an acclaimed artist, sculptor, poet, performer, and activist living in Homewood, Pittsburgh. Covered in paint and plaster, she used to make her artwork on her front porch, and as the local Homewood children passed by, curious about what she was doing, they would ask if they could help her. German, instead, gave them the tools to be creative and encouraged them to make their own art. She founded Love on the Front Porch and ARThouse, an art initiative that advocates for the children to have a safe space to explore their artistic abilities away from neighborhood violence.

German made her Crystal Bridges debut in the 2014-2015 exhibition State of the Art: Discovering American Art Now, after which several of her sculptures were acquired by Crystal Bridges, including Souvenir of Our Trip (2013). 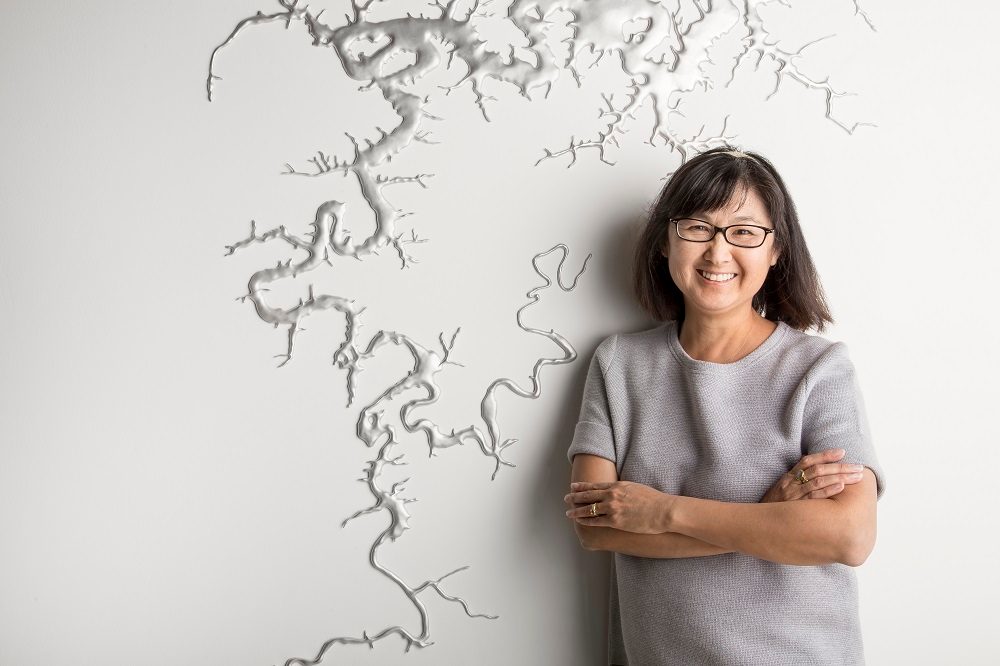 Maya Lin is an American designer, architect, and artist who works in sculpture and land art. While still enrolled at Yale University at age 21, she achieved national recognition at the age of 21 when her design for the Vietnam Veterans Memorial in Washington, D.C. won a national competition. It is considered one of the most influential memorials of the post-World War II period.

Lin’s sculpture, Silver Upper White River (2015), in Crystal Bridges’ Modern Art gallery, represents the upper portion of the White River, a major waterway which runs 722 miles through Arkansas and Missouri.  The four lakes represented in the sculpture, from left to right, are Beaver Lake, located about 20 miles east of the museum and which serves as the source for drinking water in much of Northwest Arkansas, as well as Table Rock Lake, Lake Taneycomo, and Bull Shoals.  Lin’s choice of silver as the medium is due to the fact that when Europeans arrived originally in the Americas, there were so many fish in the streams that the reflections off their backs gave rise to the term “running silver.”

Monochrome II  (2010-2018), found in the North Forest, is a crowd-favorite artwork composed of recycled aluminum canoes and small boats, branching off a central column, creating an illusion that the canoes are frozen in time and space. Watch the video above to see Rubins on-site at Crystal Bridges during the sculpture’s installation. See the work of these women and other female art legends at Crystal Bridges. Plan your trip today!