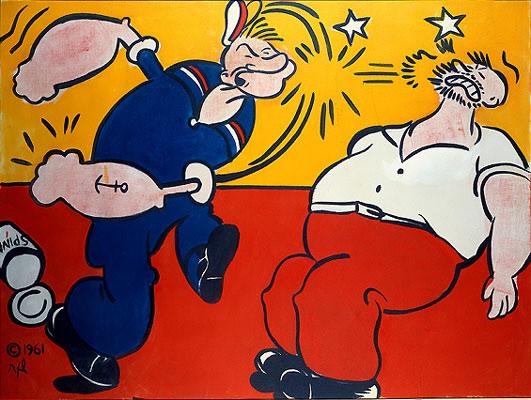 Now through July 31, 2017, Crystal Bridges is hosting a focus exhibition on the work of Roy Lichtenstein. The exhibition, featuring five works from the artist’ early career in the 1960s and ‘70s, illustrates Lichtenstein’s inspiration by commercial and pop cultural aspects of society. Within the Pop art movement, objects from mass culture are frequently used as works of art themselves or as a muse for the artist, examples include: advertising, commercial goods, and in the case of Lichtenstein, comic books. Pop art is commonly considered a reaction to Abstract Expressionism, though it also absorbs some of its conceptual aspects. In addition, Pop is known for its use of parody, irony, and subjective representation.

Without Abstract Expressionism, there is no Pop art as we know it today. The Pop movement began in the 1950s in Britain and America, but was most influential during the 1960s. In the ‘50s, Jasper Johns was considered a pioneer for his artworks that represented the image as is. As Dorothy Herzka, Lichtenstein’s wife, wrote, “A flag was just a flag, and a number was simply a number.” The emotional intensity and abstract themes that were a fixture of Abstract Expressionism found its antithesis in Pop art, which is why many art critics dismissed it as kitsch or not art at all. Artwork focusing on pop culture images was considered by many art critics to be too low-brow to be displayed in art galleries and museums. In Pop Art One, Herzka’s 1965 book, she elaborates on her view of Pop art’s break from Abstract Expressionism,

“Unlike the abstract expressionist painters who project an imaginative, completely abstract vision onto their canvases, the Pop artists have chosen the most common and blatant images of our world as their subject matter. Hot dogs and hamburgers, soda-pop bottles, billboards, soup cans, comic strips, commercial cartons, money, shipping labels, signs; these represent the source material for Pop Art.”

Representation is another major aspect of Pop art. At a time when Abstract Expressionism had rejected representation entirely, Pop art blatantly used popular cultural images as the object for their art. Focusing less on the ideal and universal, Pop art took inspiration from Impressionism: it focused on the specific and the mundane, traditionally considered aspects of “low art.” Pop purposefully blurred the line between high art and low art to encourage the question of “what is art?” and what it could be.

“We are being shown that art is not to be confused with representation, abstraction, design, or rendering, although it may involve all of these. We are being shown that even though still life painting and sculpture can be regarded in the old context, the genre category is not valid for our time because we have no extra-artistic universals against which subjects may be permanently rated. It seems that there is but one universal left: art itself.”

Pop art came to be an insightful look at mass culture and art itself as a concept. Just as high art aimed for the universal and ideal, those working with low art objects poked fun at the state of society after the significant rise of advertising and commodities following World War II. Some artists took a moral stance against mass culture, ironically using items produced on a grand scale with little aesthetic form as art pieces. Robert Rauschenberg himself used cardboard boxes to create his “birds” sculptures.

From Cardbirds by Robert Rauschenberg, 1971

“I have strained in collecting influences to bring about a more realistic relationship between artist, science, and business in a world that is risking annihilation for the sake of a buck. It is impossible to have progress without conscience.” 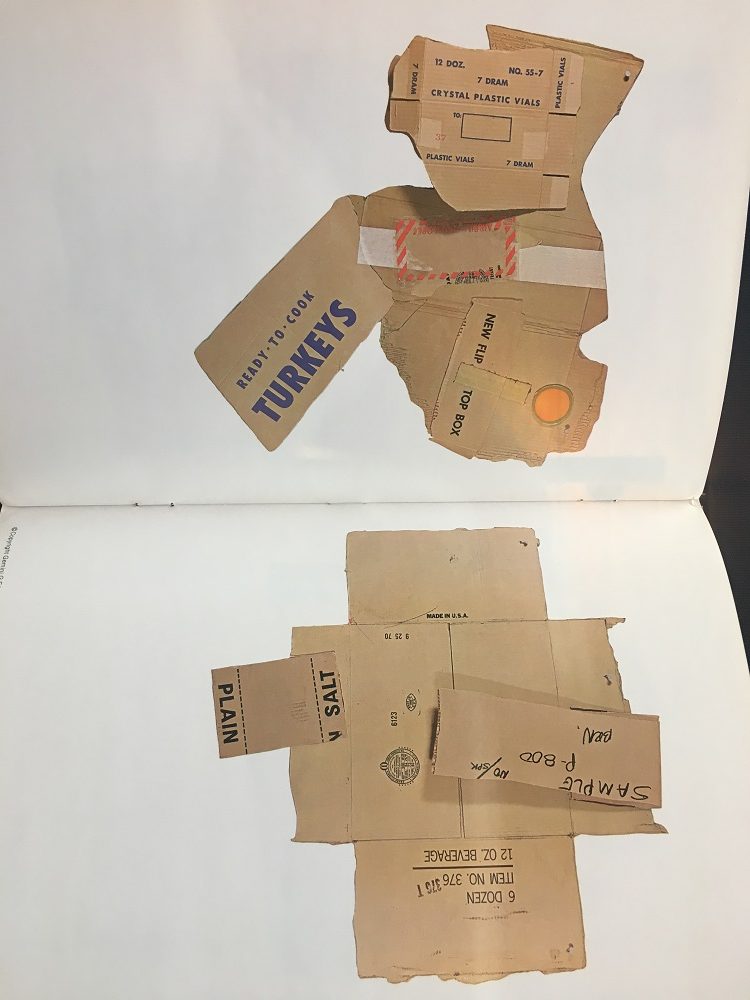 Many artists resented Pop art because it seemingly “dumbed down” what used to be an exclusive world of its own. Suddenly, consumerism became an important facet of the art world and art productions increasingly appealed to the working class too. While artists who resented Pop art believed there was a serious concern, those who created Pop art simply found it satirical. Andy Warhol was one of these artists who used what he called “leftovers”—items that are quickly discarded after their function ceases—to create artwork. Ultimately, Pop art questioned what art could be and how society at large interacts with the art world, and introduced new objects once considered unacceptable in art productions.

From The Philosophy of Andy Warhol: From A to B and Back Again, 1975, by Andy Warhol

“I’m not saying that popular taste is so bad so that what’s left over from the bad taste is good: I’m saying that what’s left over is probably bad, but if you can take it and make it good or at least interesting, then you’re not wasting as much as you would otherwise. You’re recycling work and you’re recycling people, and you’re running your business as a byproduct of other businesses. So that’s a very economical procedure. It’s also the funniest operating procedure because, as I said, leftovers are inherently funny.”

Make sure to visit the Crystal Bridges Library to view the books from which these quotes are derived. They will be visible to the public for as long as through July 31.

Information for this blog post came from books found in the Crystal Bridges Library, which are also available to the public whenever the Museum is open. They include: Movements of Modern Art: Pop Art, Michael Compton, 1970; American Pop Art, Lawrence Alloway, 1974; Pop Art and the Contest over American Culture, Sara Doris, 1958, and Pop Art: A Continuing History, Marco Livingstone, 1990.