Land and Labor in The Cotton Bowl by Hank Willis Thomas 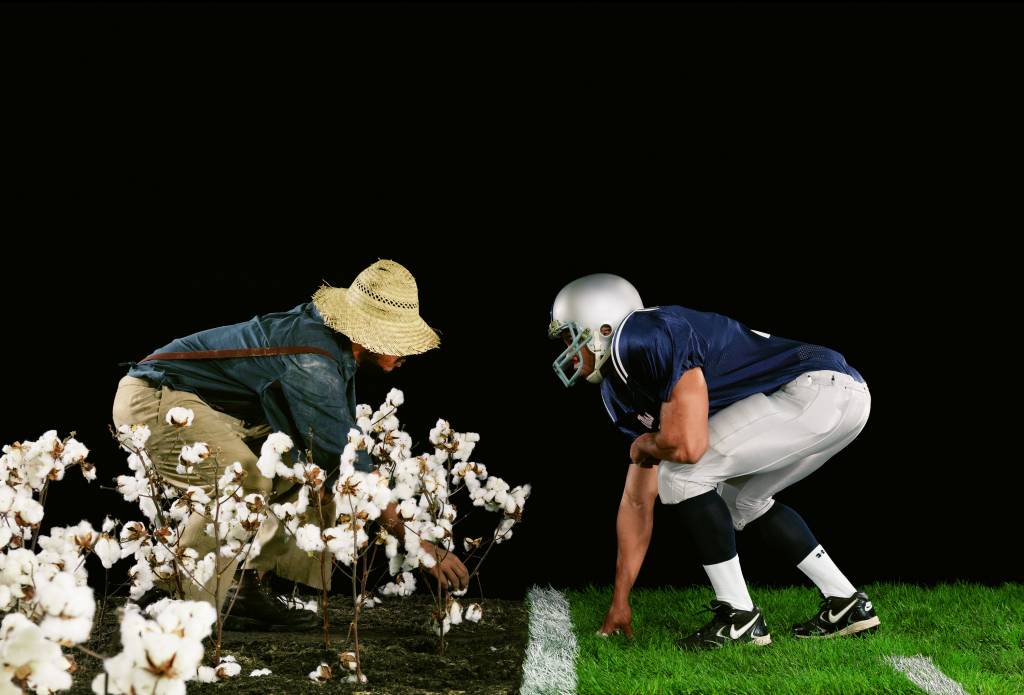 In a 2016 interview, Hank Willis Thomas states, “…So the work is about the past and the present coming face to face both in land and labor, and so this is perhaps this sense of history repeating itself.”

While watching this interview, there was something very gripping about the phrase “land and labor.” The phrase immediately reminded me of a historical event in April 1865 where William Tecumsah Sherman and Secretary of War Edwin Stanton met with 20 Black ministers in Atlanta. The meeting was the first of its kind as the American federal government inquired of Black citizens what they needed to feel a part of the American landscape.

The ministers appointed a spokesperson names pastor Garrison Frazier, a formerly enslaved man who had purchased his freedom with $1,000 in gold and silver. Reverend Frazier responded to the inquiry of how Black people newly freed from bondage could take care of themselves with this statement, “The way we can best take care of ourselves is to have land, and turn it and till it by our own labor–that is, by the labor of the women and children and old men; and we can soon maintain ourselves and have something to spare.”

For centuries, land ownership has been critical to the American spirit, and the idea of power through land and labor remains vital to our modern conversation. Labor has also been a critical part of the American narrative. This puritanical consciousness, that those who “don’t work, don’t eat,” is often introduced through varied conversational approaches. Black labor has been essential to the development of America, and the combining of that history with contemporary dialogue on the state of Black athletes and coaches in this work elicits deep emotion. The reflection on how oppressive systems have not disappeared but evolved is powerfully exhibited through Thomas’s piece.

The Cotton Bowl can be viewed in the temporary exhibition Hank Willis Thomas: All Things Being Equal…, opening to the public on February 8, 2020.

This post was written by Raven Cook, Museum Educator.