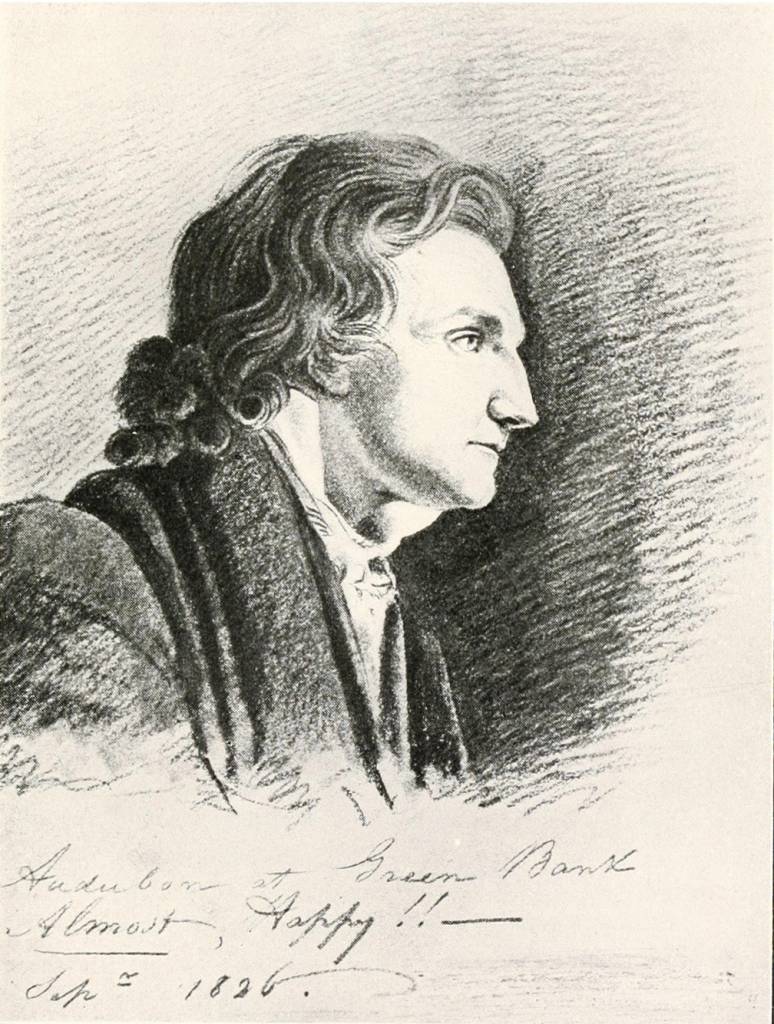 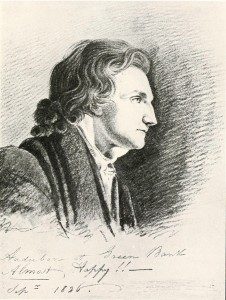 This is part two of a three-part series.  For Part One, click here

In 1908, Audubon and his wife Lucy set out for Louisville, Kentucky, to establish a store with Audubon’s partner, Ferdinand Rozier. In  1910 the Louisville store folded. Audubon wrote: “I could not bear to give the attention required by my business and which, indeed, every business calls for, and therefore, my business abandoned me.”

The partners moved their operation to Henderson, Kentucky, where the Audubons set up housekeeping in a log cabin.  In the next year, Audubon left his wife and infant son in Henderson while he and Rozier traveled up the Mississippi to St. Genevieve. There they had a falling out and parted ways, Rozier complaining that Audubon had “no taste for commerce and was continually in the forest.”

Clearly, business was simply not the best career choice for Audubon. He went into partnership on a saw and gristmill which failed in 1819, causing him to be jailed for debt, a misfortune which indirectly launched his career as an artist.

“[N]othing was left to me but my humble talents,” Audubon wrote. “Was I to see my beloved Lucy and children suffer and want bread, in the abundant State of Kentucky? … NO!! I had talents, and to them I instantly resorted.”

Audubon took to creating portraits “in black chalk”—raising his prices as his popularity increased. “[S]o high did my reputation suddenly rise, as the best delineator of heads in the vicinity, that a clergyman residing at Louisville…had his dead child disinterred, to procure a fac-simile of his face, which, by the way, I gave to the parents as if still alive, to their intense satisfaction.”

After his released from jail, Audubon was briefly employed as a taxidermist for the Western Museum in Cincinnati, where Lucy eventually joined him. In Cincinnati he painted portraits for $5 each and taught art classes, fencing, dancing, and French—all while traveling along the rivers and through the forests to continue collecting and painting his birds. Patient Lucy meanwhile worked as a governess or teacher to maintain a home for herself and their two sons. They were frequently separated for long periods of time, yet Audubon remained deeply devoted to Lucy, and she to him.

In 1824, Audubon went to Philadelphia to try to gain subscribers for his publication, with little success. He did, however, make the acquaintance of Charles Lucien Bonaparte, nephew of Napoleon, who encouraged him to go to Europe and seek subscribers there.

Note:  Information for this blog post was drawn from several resources that can be found in Crystal Bridges’ Library, including volumes of Audubon’s letters and journals, as well as several biographies.  I encourage you to browse the Library and learn more!