James Turrell and Josef Albers: Color Theory at Work in the Skyspace 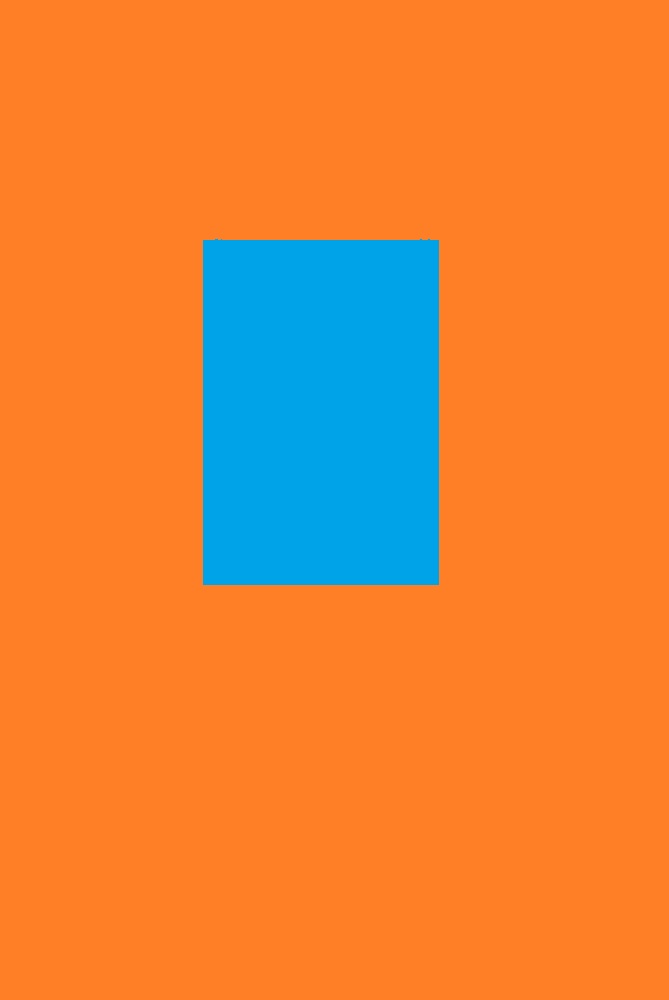 “Red,” “green,” “blue,” and “yellow” are like points on a compass. We describe our visual perception using these words, but when do we truly see what they represent? We always assess a color in context. A red apple in a dark room is not so red. It requires ample light reflecting from its surface in order to reveal the intensity of its hue. A red brick building viewed at a great distance becomes dusty purple, its red having been diminished by the atmosphere. It’s only “red” compared to what surrounds it.

In his influential 1963 text Interaction of Color, Albers describes two related phenomena: after-image and simultaneous contrast. When we are exposed to an intense color experience over a sustained period of time, our eyes (or, more correctly, our brains) respond and adjust. Should this intense color experience suddenly return to normal, for a brief period we would be able to see how we were compensating. I myself first noticed this on a ski trip when I was a teenager. I had worn orange-tinted ski goggles all morning. I took the goggles off, and everything became vividly blue. Blue is the complement, or color-opposite, of orange. The effect isn’t limited to before-and-after scenarios. When complementing colors are displayed side-by-side, they mutually amplify each other. In other words, a bright blue will seem brighter still when surrounded by orange. 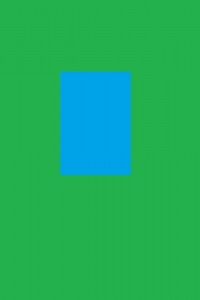 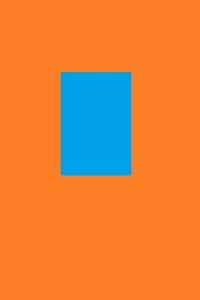 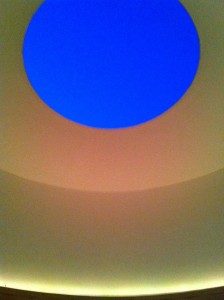 After-image and simultaneous contrast are both at work in The Way of Color. A window of blue-gray sky surrounded by a ceiling illuminated with warm amber light will appear more vividly blue. The light at sunrise or sunset is given to dramatic changes on its own, but the Skyspace provides counterpoint to the sky’s changes. Should the light on the Skyspace’s ceiling shift from amber to green, the sky will appear to have made an impossible jump from blue to red. The lesson implicit in Turrell’s Skyspace and explicit in Albers’s teachings goes far beyond relationships of color. Our own context changes every day, and those changes in context, which might be subtle or significant, affect our behavior and our perception of others. We’re reminded to “consider the source” of our information. A rumor is hardly the same as a vetted, published piece of news, yet even trusted news outlets must sometimes redact or correct stories. We’re told “one man’s trash is another man’s treasure.” It’s a cliché, but it’s frequently proven true. People buy paintings for pennies at yard sales all the time, and every so often one is actually worth hundreds of thousands of dollars. Understanding the relationship of perception and context empowers you. It enriches your own experiences. Or, perhaps more accurately: it enables you to recognize richness that was already there.

Sam King  will be leading a special Skyspace Talk from 7 to 8:30 p.m. on Thursday, April 24, focusing on Albers’s Interaction of Color.  The discussion is free, no registration is required, but seating in the Skyspace is first-come, first-served.  We recommend arriving about half an hour early to secure a seat.