“The Mountains south east of our Camp & on the road to the lake looking toward the Yellowstone Country, glorious, & I do not expect to see any finer general view of the Rocky Mountains.” –Thomas Moran

On March 1, 1872, President Ulysses S. Grant signed the Yellowstone National Park Protection Act, creating our nation’s first national park. In part, Yellowstone National Park was created due to artists capturing what they saw through writings, photographs, or paintings, and convincing Congress that the area needed to be preserved for posterity. The permanent collection at Crystal Bridges, as well as some works from our upcoming summer exhibition Nature’s Nation, contains great examples of artists and artworks that demonstrate the important connection between art and nature, particularly in creating and preserving our national parks.

The rugged and tough West captured the attention of artists who aimed to depict its beauty and vastness. In the late 1800s, the West stood as an example of the power and potential of the growing American nation. Since its creation, Yellowstone has captured its audiences with its powerful geysers, immense mountains, and vast forests. It has seized the attention of nature lovers, adventure seekers, and artists alike. Many artists of the Hudson River School, a movement that pervaded the American art scene in the mid-nineteenth century, rushed to these beautiful lands to paint their magnificent landscapes. Artist Thomas Moran (1837-1926) was absorbed by Yellowstone, and he even earned the nickname Thomas “Yellowstone” Moran. His work Green River Wyoming (1878), pictured above and currently on view in the Early American Art Gallery, was painted during one of his visits out to the Yellowstone and Wyoming Territory. He paints an idealized landscape, rather than depict the reality of a commerce town and railway terminal that was actually present in the area. 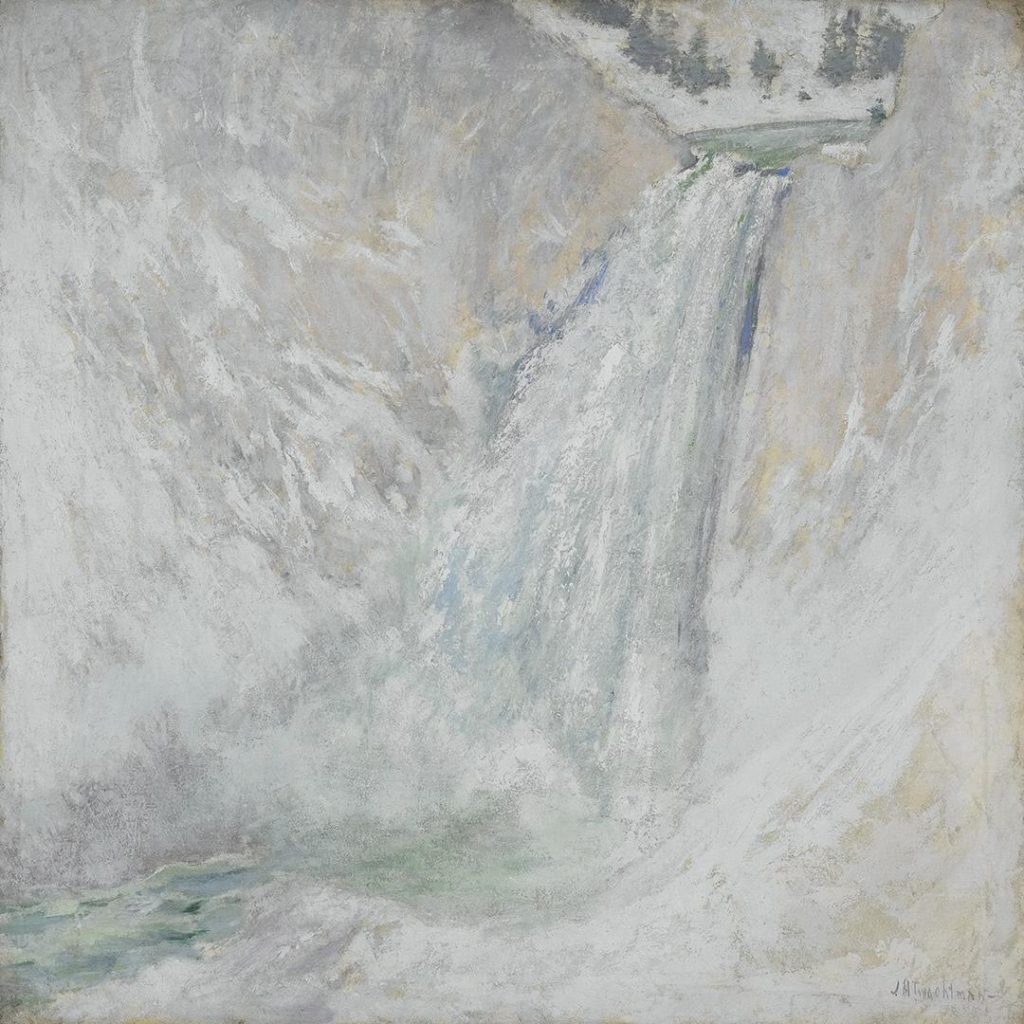 John Henry Twachtman was another artist that became captivated by the power and phenomena of Yellowstone National Park. He visited Yellowstone in 1895 to paint a landscape for his patron William Wadsworth and was immediately enthralled with the power and seclusion of the vast woods. Twachtman’s Lower Falls of the Yellowstone (1895), also currently on view in the Early American Art Gallery, is an Impressionist representation of the famous waterfall. Twachtman spoke of the wonder and astonishment he experienced in looking at the Yellowstone landscape in a letter to Wadsworth saying, “The scenery too is fine enough to shock any mind.” 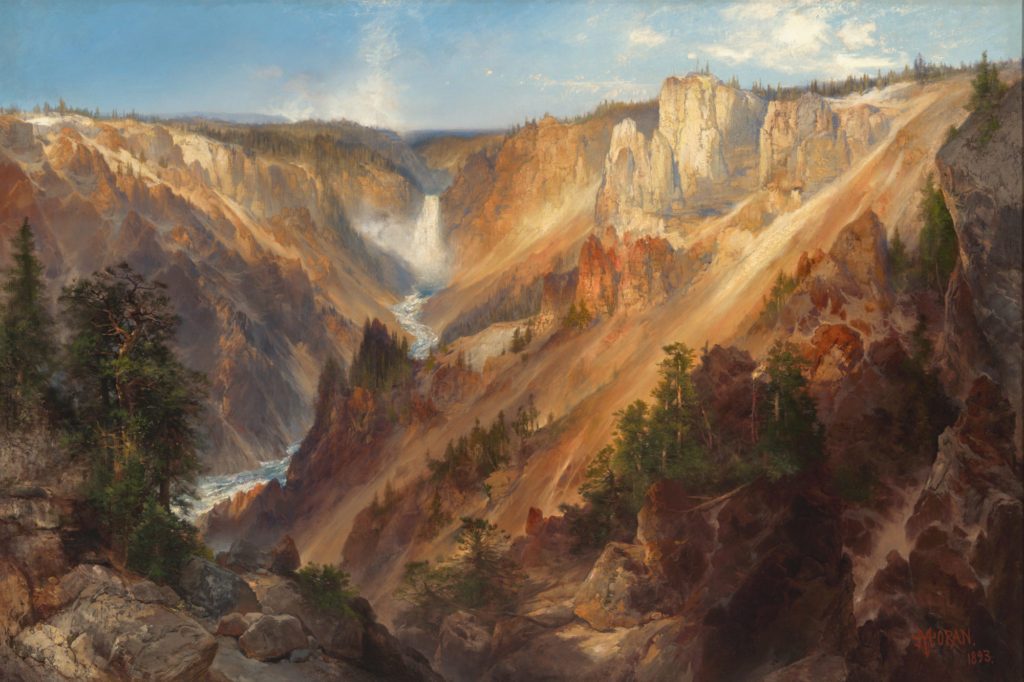 There are now over 400 national park sites in the US, including historic battlefields (like Pea Ridge), monuments, and rivers (like the Buffalo River). In Arkansas, Hot Springs National Park was established by Congress in 1921. The artists who chose to depict these beautiful lands helped convince Congress that these were important features of the American landscape. In doing so, they helped create areas that have defined the United States as we know it today.