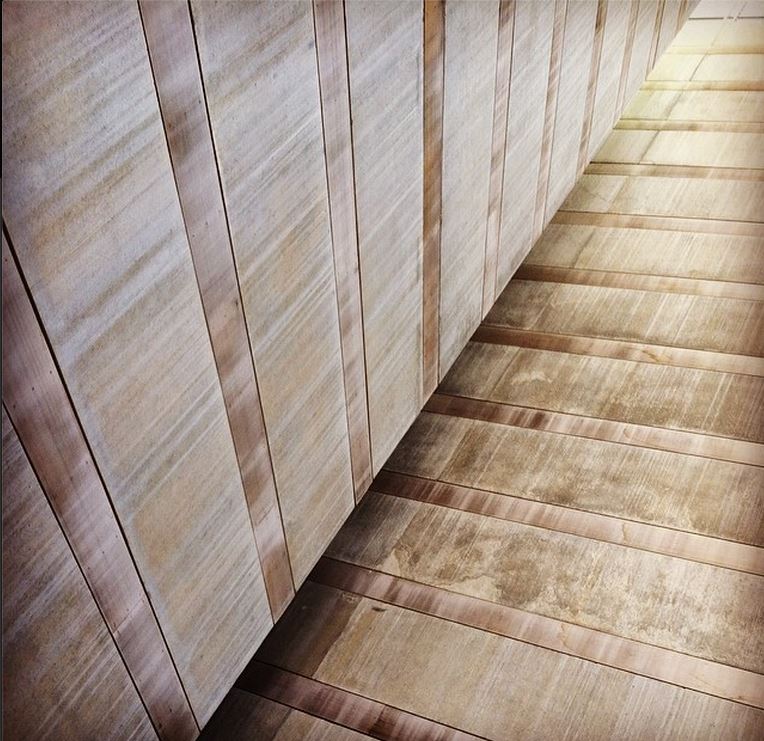 Constructed between 2006 and 2011, Crystal Bridges Museum of American Art is a truly amazing structure. The 200,000 square foot Museum sits at the base of a ravine with water flowing under and around its eight pavilions. The contours of the building seem to mimic the surrounding landscape, and intentionally so. Architect Moshe Safdie allowed the natural surroundings to dictate many aspects of the Museum’s design, from the shape of the roofs to the selection of building materials.

1.  The building was designed to visibly age. 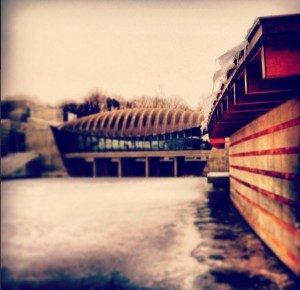 Many of the Museum’s exterior elements were selected due to their tendency to change over time. Exposure to the elements will cause the red cedar banding to turn silver-gray. In time, the color of the copper roofs will appear subdued as they oxidize and acquire a rich brownish patina. Watching the Museum’s exterior evolve over the years will be like watching summer fading to fall and then winter. The exterior changes from day to day as well. Heavy rains soak the copper, cement, and red cedar, causing them to appear saturated with rich color. As the rain dries, the building returns to a more restrained palette. 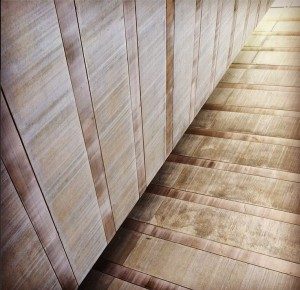 Red cedar banding can be seen throughout the Museum on both the interior and exterior walls. The wood tones and polished architectural concrete alternate throughout these vertical planes, creating a striped appearance.

3.  Approximately 50,000 cubic yards of concrete were used to create the Museum’s structure. That’s roughly the volume of two Olympic-size pools. The Museum’s polished concrete walls were created by pouring architectural concrete into forms. In order to create the multitude of complex curves and angles featured in the architectural plan, individually designed pieces of formwork were constructed. An on-site concrete form shop was established during the construction process to facilitate this demanding method.

4.   The roofs at Crystal Bridges contain roughly 185,000 pounds of copper 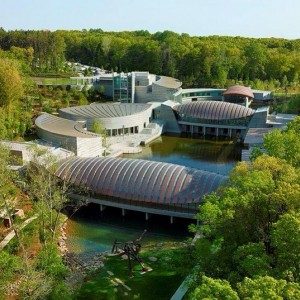 To put that in perspective, that’s the same mass of about 27 million pennies! Well, pre-1982 pennies, anyway. Modern pennies are made primarily of zinc, so they’re a fraction of a gram lighter. Either way—that’s a lot of copper.