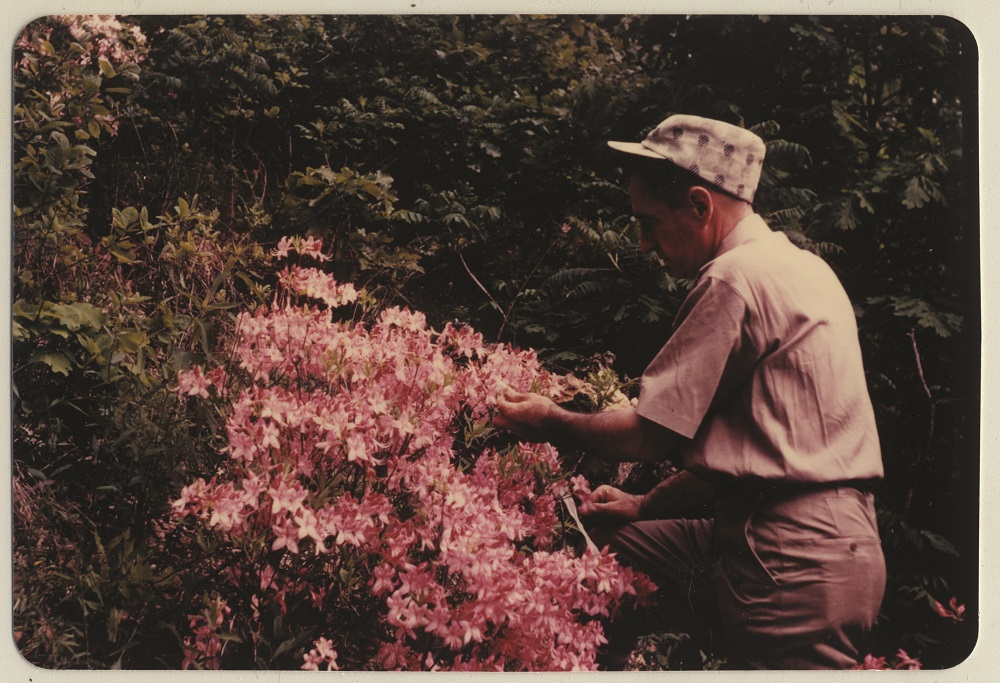 “What joy to discover such an unspoiled place and to observe its floral pageantry through the seasons and through the years.”

—    Dr. Neil Compton, from The High Ozarks: A Vision of Eden 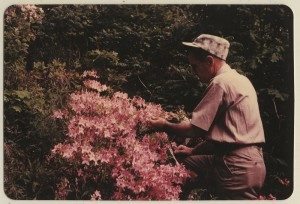 Dr. Neil Compton is something of a legend in Northwest Arkansas.  The Bentonville obstetrician and avocational gardener, conservationist, and naturalist was a much-beloved figure in the community until his death in 1999.  He was the founder of the Ozark Society and is widely credited with saving the Buffalo River from being dammed in two places by the Army Corps of Engineers in the 1960s and for getting the river named as the first National River, by President Richard Nixon in 1972.

By all accounts, Dr. Compton was a gentle, nature-loving man. He served as a doctor in the Naval Reserve during World War II and came home to deliver enough babies in Bentonville to “staff his own navy.” An avid hiker and canoer, he and his wife Laurene both loved the Ozark landscape, and Dr. Compton was fascinated by the native plants he found in the woodlands, particularly around the Buffalo River. Compton owned a parcel of land near downtown Bentonville that included the historic Crystal Spring area south of the Museum, and around 1960, he started a native plant nursery he called “Crystal Spring Gardens” along a hillside just south of the spring. 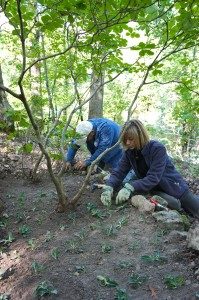 In 1978, Compton sold this parcel of land to the Walton family, and Crystal Spring and the hillside where Dr. Compton had cultivated his native plants have subsequently become part of Crystal Bridges’ 120-acre grounds. In the intervening years, the forest overtook the rock-lined planting beds Compton had arranged on the hillside, and many of the plants he tended were crowded out by Japanese honeysuckle, which ran wild over the site.  But nevertheless, signs still remained of his labor of love. Native trout lilies thrive there, and several grand old rhododendrons planted by Dr. Compton blaze to life at the site every spring, hale and hearty, though they can be found nowhere else on the grounds.

The Crystal Bridges horticulture team had long suspected that the remains of the rock planting beds were still present, covered by honeysuckle and leaf litter. In the spring of 2011, Crystal Bridges’ horticulturalist Cody George confirmed these suspicions when he investigated the site and discovered at least 12 terraced and rock-lined beds along the hillside. A former gardener for Compton Gardens, George felt it would be a fitting tribute to Dr. Compton to restore what must be the remains of Crystal Spring Gardens; and so last fall, Cody and his colleague, landscape architect Samantha McClelland, have undertaken a project to revive Neil Compton’s nursery gardens and return them to their original use: the cultivation of native plants. 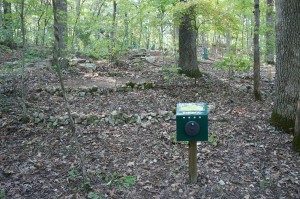 An EcoBox at Crystal Spring Garden provides information about the site.

The team has cleared the undergrowth and reconstructed six of the original planting beds with native rubble-rock, as close as possible to Compton’s original construction.  Into these beds, George and McClelland have planted several of the Buffalo River native species that Compton was likely to have been working with, including blue cohosh, trout lily, bloodroot, trillium, putty root, and rattlesnake plantain.

The gardens are also an educational site, with an “EcoBox” already installed that addresses Dr. Compton’s legacy and the importance of using native plants in the landscape. EcoBoxes are hand-powered devices that provide recorded information about the flora and history of the site. EcoBoxes are sponsored at Crystal Bridges by the Coleman Company.

NOTE:  This post was excerpted from a story that originally appeared in the Winter/Spring 2013 issue of C magazine, the publication for Museum Members. -LD

In 2005, Dr. Compton’s family home and adjacent garden were repurposed as a conference center and special events venue with beautifully landscaped paths that connect to the Crystal Bridges Trail. Exhibits chronicle and celebrate the life and contributions of Dr. Compton, and native Ozark plants are still cultivated in the gardens. The center offers tours, event rentals, and programming, including an annual native plant sale which takes place in early May. For more information, visit http://www.peelcompton.org.