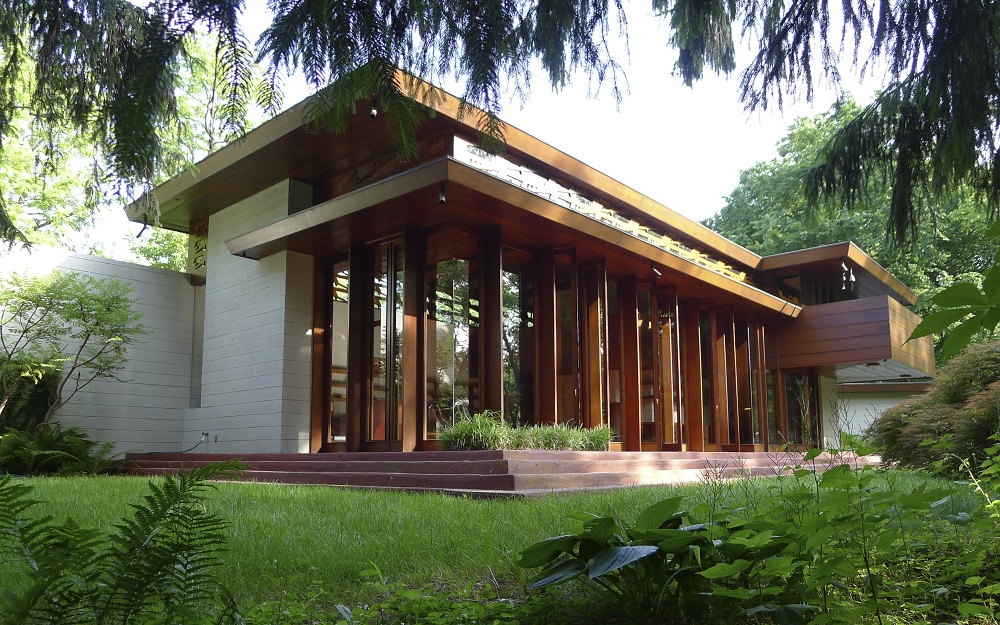 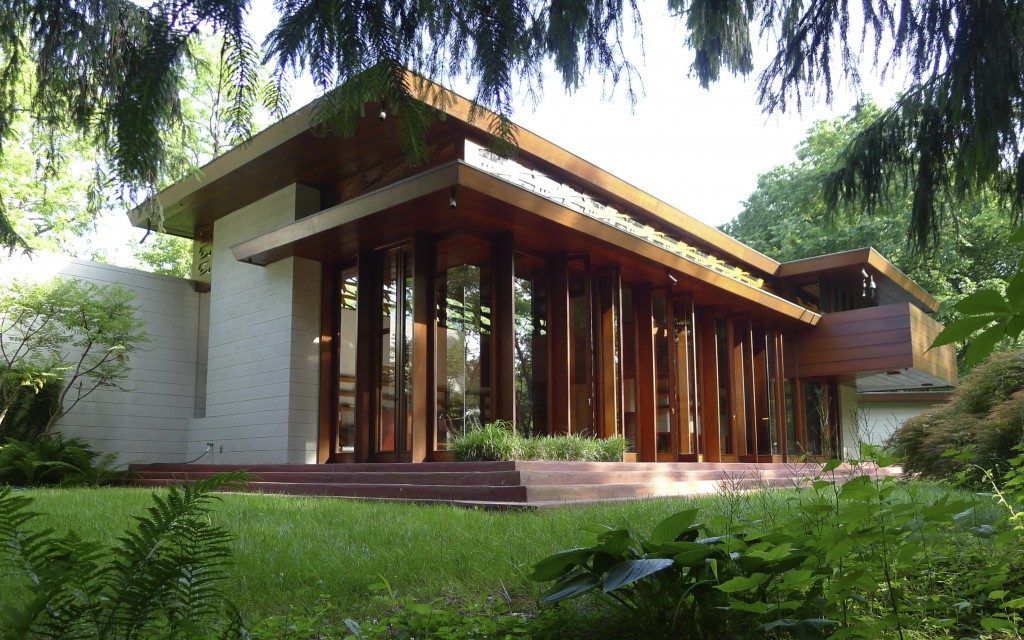 Crystal Bridges Museum of American Art has acquired a rare Frank Lloyd Wright Usonian house, known as the Bachman-Wilson House, located in the Borough of Millstone in Somerset County, N.J.  Built in 1954 along the Millstone River, the river and surrounding landscape has encroached the house over the past decades.

Due to repeated flooding, the house has sustained significant damage and relocation has been recommended as a means of best preserving the structure. The owners conducted a multi-year search for a purchaser that could provide an appropriate setting and context for the historic building.  Crystal Bridges has now acquired the home, which will be disassembled and moved to Bentonville. There, it will be reassembled on Crystal Bridges’ 120-acre grounds.

”We’re honored to be able to preserve and share this significant example of American architecture, as Frank Lloyd Wright’s work embodies our own mission of celebrating art and nature,” said Crystal Bridges Executive Director Rod Bigelow. “The Usonian concept was intended to provide access to architectural quality for all families, which melds well with our philosophy of welcoming all to view American masterworks in our natural setting.” 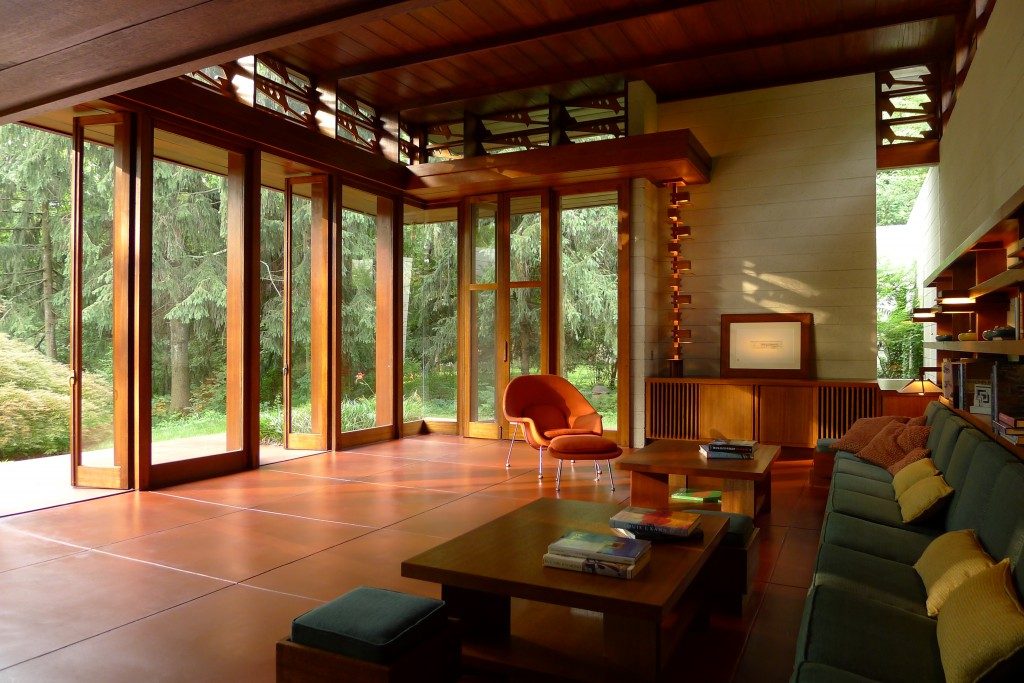 When the recent owners, architect/designer team Lawrence and Sharon Tarantino, purchased the property in 1988, the home had previously flooded multiple times. The Tarantinos painstakingly restored the house, using original construction documents from the Frank Lloyd Wright archives. They have both preserved and restored historic elements, and realized original elements of the Wright design that had previously been altered or eliminated. The Tarantino’s restoration work has been lauded with multiple awards: in 2008, the Frank Lloyd Wright Building Conservancy awarded the project the Wright Spirit Award; in 2009, the New Jersey chapter of the American Institute of Architects created a Preservation Merit Award to recognize their achievement; and Somerset County, N.J. gave the project a Historic Preservation Award.

There is a strong indication that flooding on the property is increasing both in intensity and frequency, threatening the house itself and its viability as a residence. Citing their protracted battle with floodwaters, the owners decided to put the house on the market in 2012. The sale, however, was conditional upon moving the house to a suitable natural site.  The sale of the house includes all the fixtures and furniture designed for it.  A specialized contractor will be secured for the methodical process of dismantling the house, under the supervision of the Tarantinos, for moving to Arkansas where it will be reconstructed to Frank Lloyd Wright’s original specifications. The Tarantinos will oversee the packing of every building component, built-in furnishings and furniture, which will be carefully loaded into container trucks, transported and reconstructed on site.

Arkansas-based J.B. Hunt Transport, Inc. has donated its services to transport the Bachman-Wilson House to Bentonville. “We are honored to be a part of such a monumental effort to save one of America’s truly iconic structures,” said John Roberts, President and CEO of J.B. Hunt Transport, Inc. “We are pleased the house will settle within our area’s natural beauty and provide such valuable educational opportunities.”

Architecture: According to the Tarantinos, the home’s architectural form can best be described as Pavilion-style, with a tall masonry wall providing privacy from the public-side approach, and a dramatic open floor plan revealing horizontal and vertical planes that pass through the space to the outside. 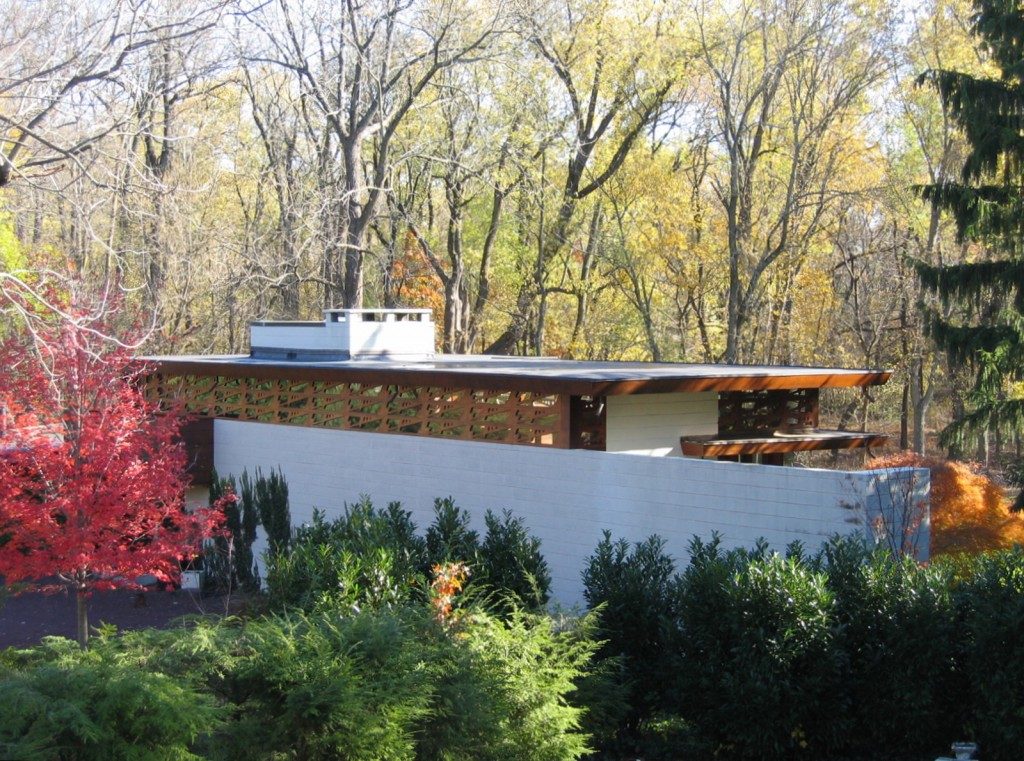 “The southeast facade consists of 16-foot-tall by 54-foot-long mahogany-framed glazed panels with alternating sets of out-swinging double doors surrounding much of the living/dining area, and provides a passive solar transparency while sharing the opportunity to feel one with nature,” said Lawrence Tarantino. “The Bachman-Wilson House goes far beyond providing shelter. It’s an exercise in architecture for architecture’s sake that represents a culmination of principles Wright embraced and developed throughout his long, prolific career. Wright was in his mid-80s when he was working on this house, and he also wrote his book, The Natural House, a summation of his design philosophy, during the same time period.”

“Usonian homes made use of natural materials and deliberately used natural settings and sunlight as architectural elements and for passive solar heating,” said Bigelow. “The use of light and natural materials is a prominent design feature of Crystal Bridges’ own architecture as well, incorporated by our museum’s architect, Moshe Safdie.”

At Crystal Bridges: “Once the decision was made to move the house, many opportunities presented themselves to us,” said Lawrence Tarantino. “It became clear that there could be no better opportunity for the preservation of this important work of Frank Lloyd Wright than to secure its furture stewardship in perpetuity at a public institution with a mission of celebrating American art and architecture, on a site offering the proper setting, and with the capability of providing for its future maintenance and preservation, all of which Crystal Bridges offers.”

At Crystal Bridges, the Bachman-Wilson House will be sited a short distance from the museum along its 3.5 miles of trails, with views overlooking the native woodland setting as well as Crystal Spring, the natural spring from which the museum takes its name. Site preparation will begin this spring, with reconstruction to follow toward a goal of completion in early 2015.

“Relocating the Bachman-Wilson House to our grounds offers an exciting opportunity to continue sharing significant architecture, along with great works of art, both inside the museum and out,” said Crystal Bridges Director of Facilities and Grounds Scott Eccleston. “Our team is looking forward to the opportunity to integrate the house into our setting in a way that benefits each element: our grounds are enhanced by its addition, and the house is preserved and complemented by our natural setting. Here at Crystal Bridges, we’re all about art and nature, and this addition furthers that concept.”