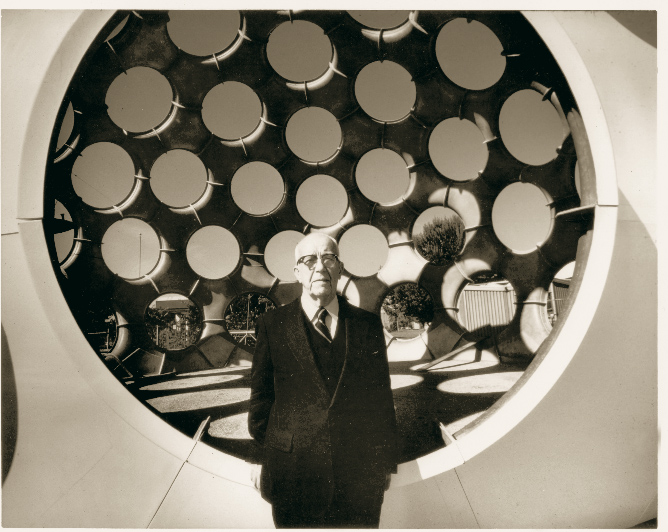 Get ready to expand your definition of our world and your place in it by delving into the philosophy and work of R. Buckminster “Bucky” Fuller (1895-1983) with two exhibitions and several programs throughout the summer. An American architect, visionary, and inventor, Fuller had revolutionary ideas around ways to improve the quality of life for the human race. Although, Fuller is best known for promoting the use of the geodesic dome as a lightweight, affordable housing option, Crystal Bridges is focusing on his last housing project, now in our collection: the Fly’s Eye Dome.

To celebrate Fuller’s life, we have opened an exhibition of items from the Fly’s Eye Dome archive and will be opening the dome itself later this summer. We are also working on an exciting collaboration with Ozark Beer Company, a local brewery, inspired by findings in the archive. The collaboration will be unveiled at the  culinary event on July 19. The event itself is sold out, but you will be able to livestream it at the Ozark brewery, located at 109 N Arkansas St. in Rogers from 6 to 7:30 p.m. The new project is a unique pairing of art and craft brewing, reflecting the spirit of innovation and collaboration that was integral to the creation of the Fly’s Eye Dome.

Working with engineer and surfboard designer John Warren on the Fly’s Eye Dome for about 10 years, Fuller experimented with what was a relatively new material at the time—fiberglass. They started with the structure of Fuller’s famous geodesic dome and sought to unite the skin and support structure, in a manner similar to the exoskeleton of an insect, to create a new type of house. The form was inspired by the multiple lenses of a fly’s eye. The Fly’s Eye Dome archive, parts of which are now on view to the public for the first time in Crystal Bridges’ lower north exhibition gallery, includes candid letters, photographs of experimentations, sketches and geometry calculations marked out and reworked, and examples of the team’s initial failures with the dome’s structural integrity. Together, these items show the messy process of embarking on such a large and innovative project. This archive proves that even individuals admired for their genius and innovative thinking often needed collaborators and go through a series of trials and errors to create something new. 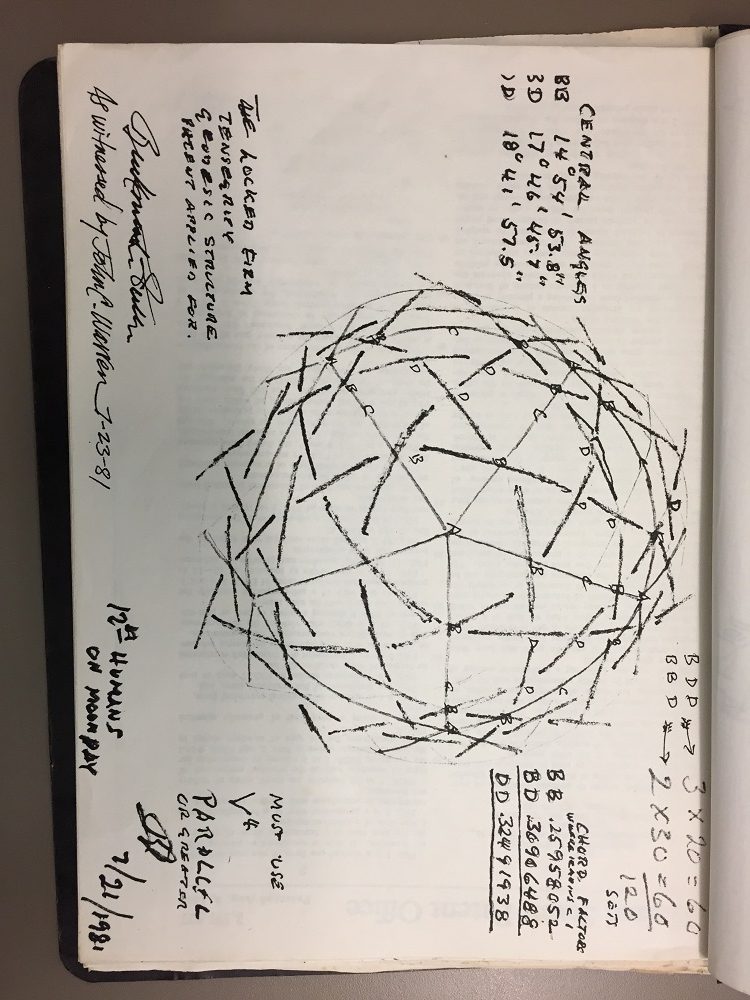 Our dome, located on the museum’s north lawn, was built around 1980 and, as the largest of three prototypes of the form they created, it stands at 36 feet tall, 44 feet in diameter at ground level, and 50 feet in diameter at its widest point. The 50-foot structure was first shown in 1981 at the Los Angeles Bicentennial, and has not been shown in the US since. After Fuller’s death, additional work on the project halted, and the dome lay in pieces in storage for decades until it was bought and restored by an architectural historian in 2013. Crystal Bridges acquired the dome in 2015. It will open to the public after construction and landscaping are completed, later this summer. For now, guests can view it from the gallery bridge or the north elevator area.

All of Fuller’s work and innovation came after a breakthrough he had in his late 20s while struggling to find his purpose in life. His epiphany was the idea that he was meant to give himself to the universe, to “convert his experiences to the highest advantage of others,” as he later recounted. An early environmentalist, he popularized the belief that we all must work together and share limited resources in order to survive on earth. With this in mind, he created housing designs that would benefit the greatest number of people while utilizing as few resources as possible. 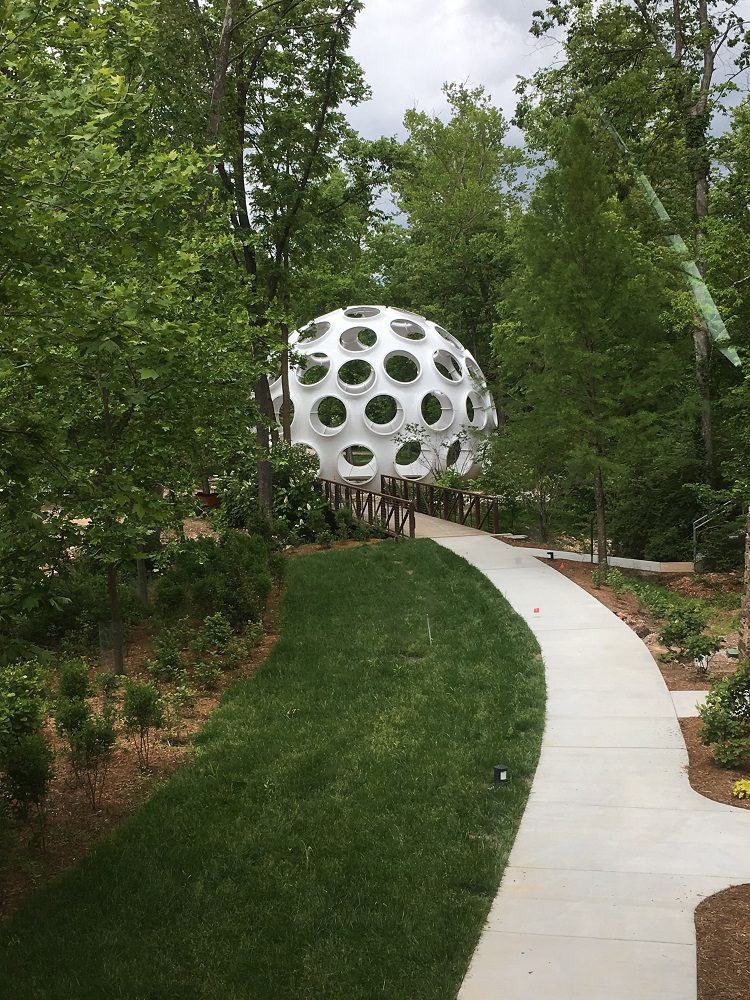