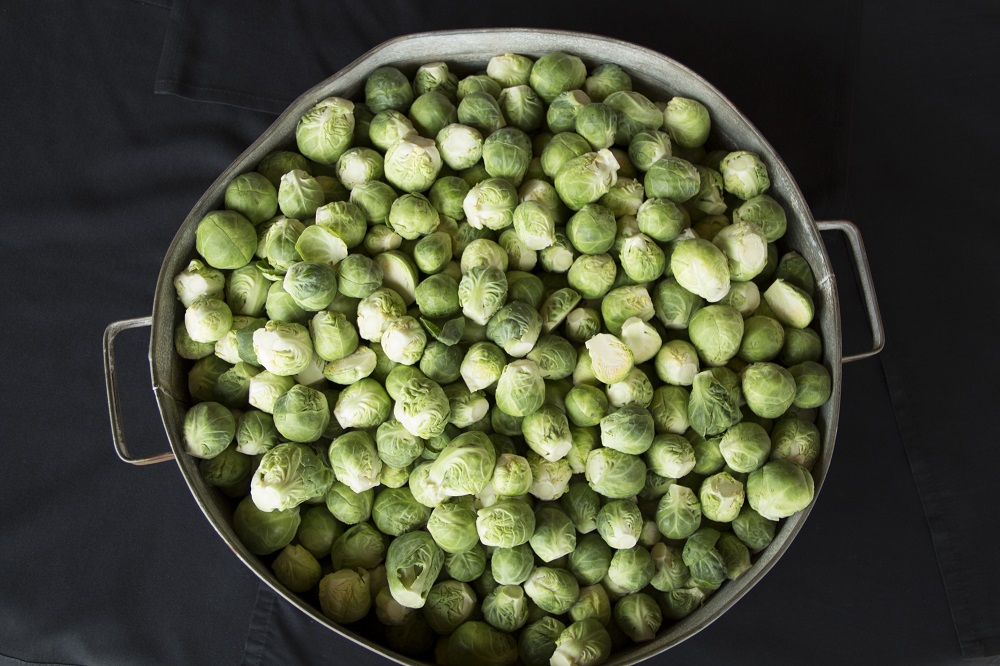 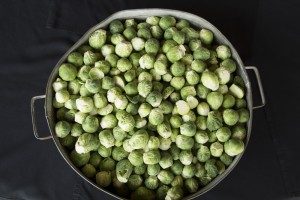 Fess up:  are you one of the many sufferers from an irrational fear of Brussels sprouts? Well, fear no more, valiant eater!  Eleven’s chefs have come up with a recipe that combines this oft-avoided, yet very good-for-you vegetable with two of your favorite food groups–bacon and beer–to produce a dish that even the most skittish vegiphobe will devour with gusto!  And what goes better with Brussels sprouts and beer than a tasty beer and cheese spread?  It’s a win-win-win situation!  Cheers! 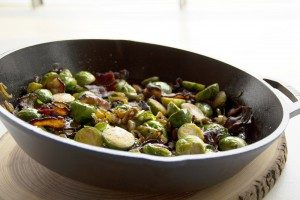 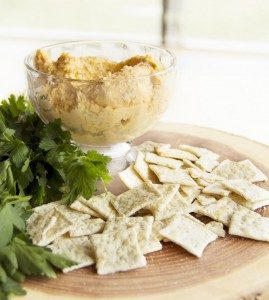 Add cream cheese, cheddar, Dijon, and half-and-half to the bowl of a food processor. Process until very smooth. While machine is running, slowly drizzle in the beer until incorporated. Season with salt and pepper. Add scallions, garlic, and parsley, and pulse several times until mixed in. Make at least two hours ahead and allow to sit in refrigerator to allow flavors to develop. Serve with crackers or bread and, of course, MORE BEER!