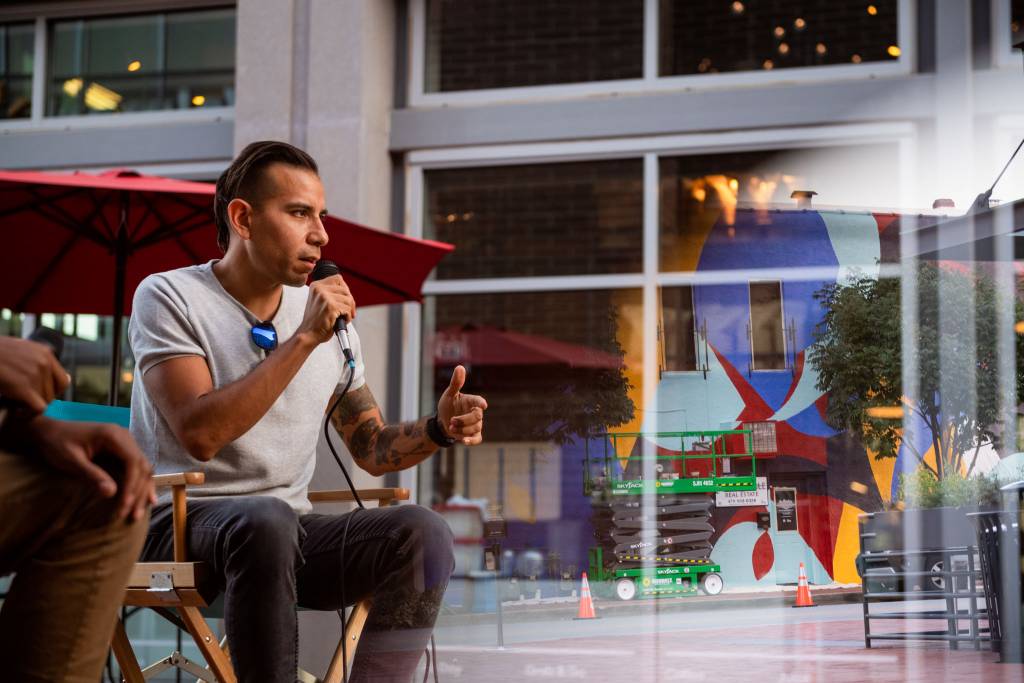 At Crystal Bridges, we’re committed to exploring the unfolding story of America. Through the 2014 State of the Art: Discovering American Art Now exhibition, the museum introduced 102 artists who live and work in communities all over the US. We’re continuing that effort in 2018 through new installations and the current exhibition, Art for a New Understanding: Native Voices 1950s to Today, organized by Crystal Bridges.

#ArtistatCB provides a window into the lives and studios of artists, who help us connect to the issues of our time in thought-provoking and inspiring ways.

Yatika Starr Fields was raised in a family of artists; his mother works in ceramics and his father is a photographer. He currently lives in Tulsa, and grew up in Tahlequah, in northeastern Oklahoma, whose nature and landscape continues to influence his work today. While attending the Art Institute of Boston and living in New York, where he worked as a bike messenger, Fields became interested in graffiti aesthetics. He has completed murals as large as one hundred fifty feet long and forty feet high in cities such as Portland, Oregon; Oklahoma City; Phoenix; Santa Fe; and now, Bentonville, Arkansas. For Art for a New Understanding, Fields has painted a large-scale, site-specific mural in downtown Bentonville.

Fields pulls inspiration from a variety of sources for his abstractions—bulbous graffiti tags, Pop art, colors and patterns from Oklahoma Osage, Cherokee, and Creek traditions, and the hustle of urban life. He also draws inspiration from his experiences and travels around the world, citing demonstrations, prayer marches, and occupations of land that have been successful in drawing attention to, and in some cases, thwarting harmful actions. In 2016, Fields joined the Oceti Sakowin Camp as part of the Dakota Access Pipeline protests (NoDAPL) in North Dakota to protect sacred land and water sources of the Lakota from the proposed oil pipeline. In camps like Oceti Sakowin, tents furnish what Fields has characterized on his website as a “sense of softness in an otherwise hostile world, yet providing safety…claiming space on affected areas and..shielding our hopes and our spirits, as well as our physical selves.” The experience inspired the overlapping triangular shapes in vivid colors jumbled together and pressed against the surface of the canvas in the artist’s Tent Metaphor 2 (2017).

For Art for a New Understanding, Fields has painted a large-scale, site-specific mural titled Astonishment of Perception in Downtown Bentonville. Fields will be here on Sunday, October 28, to lead a high-color painting workshop inspired by public art aesthetics. In the workshop, you’ll create your own large canvas, filled with vibrant colors and patterns. Fields will also be at Halloween in the Hollow on October 27, creating a live painting in reaction to the energy of the party. 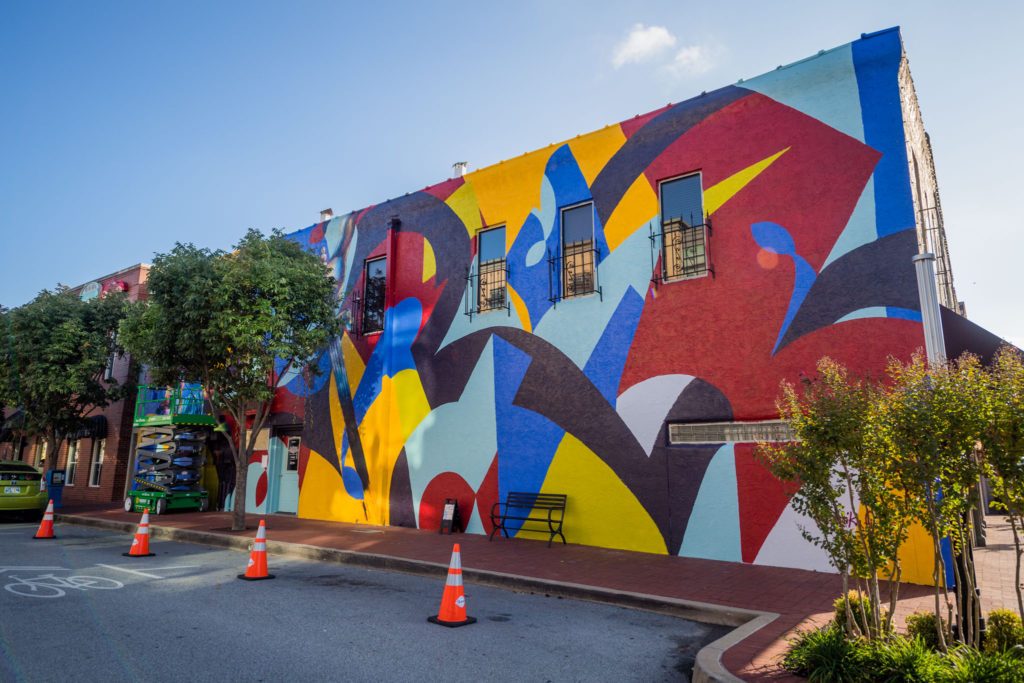 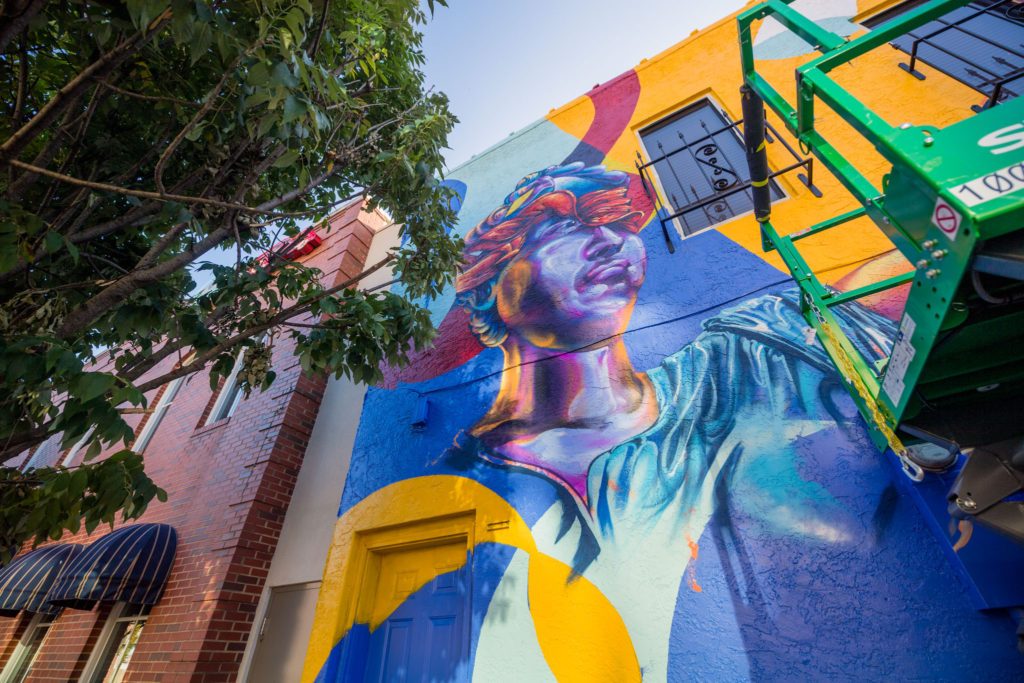 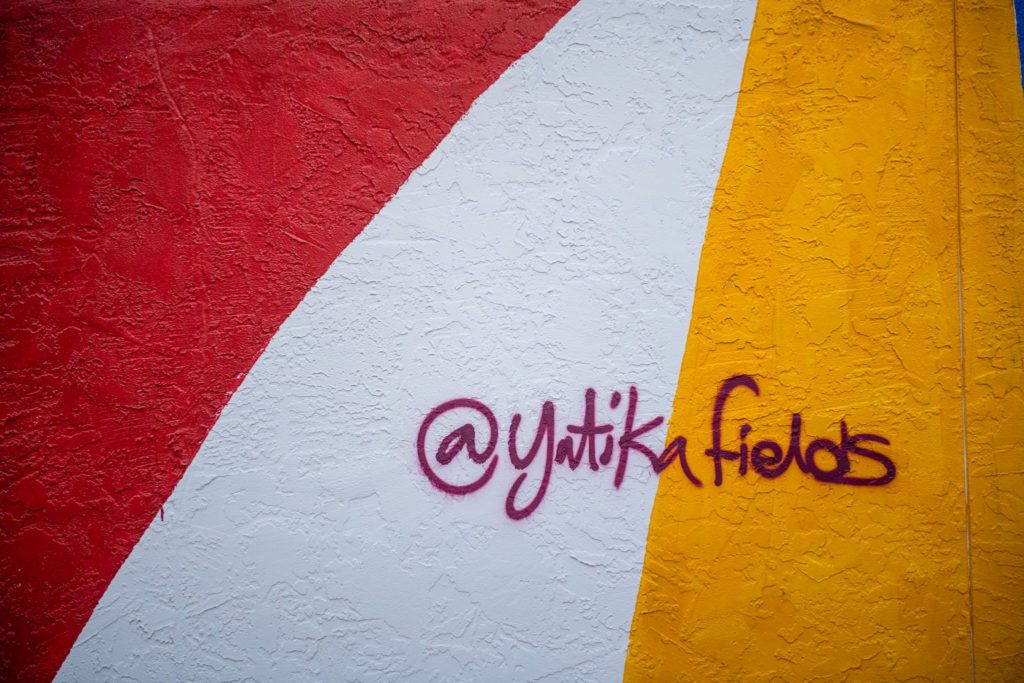