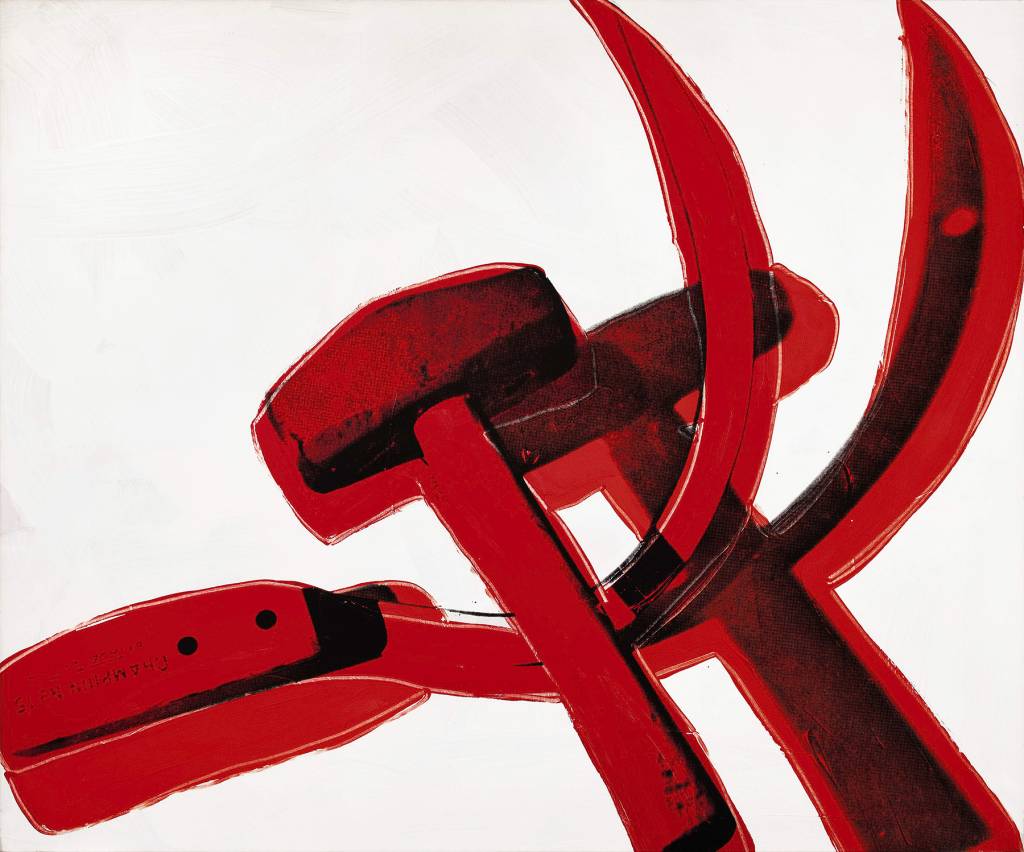 This year marks what would have been Andy Warhol’s 85th birthday. Warhol, a leading figure of the Pop Art movement—and according to ARTNews magazine, one of the twenty-five most influential artists ever)—was born as Andrew Warhola in Pittsburgh in 1928. The son of Slovakian immigrants, Warhol began his career as a commercial illustrator in New York, developing ads for the I. Miller Department store and designing window displays for Bonwit Teller where he already incorporated imagery from comic strips such as Popeye and Superman.

Inspired by consumer culture, Warhol’s Pop art revolutionized the art scene in the late 1950s. It all began with the first Campbell’s Soup Cans paintings he exhibited in his first solo exhibition at the Ferus Gallery in Los Angeles in 1962. Captivated by uniformity and abundance of consumer products in America, Warhol imitated their repetitive nature in his paintings of Campbell’s Soup cans, Coke bottles, and Green Stamps. One of his most innovative image-making methods was his use of enlarged photographic images which he silk-screened directly onto the canvas. After his show at the Ferus Gallery, Warhol garnered a reputation for the extreme; this and his use of motives from popular culture helped to launch Pop Art as a major art movement in the USA.

During that time, Warhol’s new studio, called “the Factory,” began gaining notoriety, too. There Warhol took an assembly-line approach to his art and produced, with the  help of many studio assistants, silkscreen paintings and merchandise box sculptures such as his Brillo Boxes. The combination of the semi-mechanized art process, the non-painterly style, and the commercial subject initially caused offense as they represented a direct affront to the technique and philosophy of previous fine art movements such as Abstract Expressionism. (Annoyed by pop Art’s vulgar sense of humor, artist Bruce Nauman called Pop artists “pop-cicles.”) At the Factory Warhol began working in other media, including record producing (The Velvet Underground), magazine publishing (Interview), and filmmaking. The “Pope of Pop” surrounded himself with followers, among them members of the art establishment and rich debutantes like Baby Jane Holzer and Edie Sedgwick, as well as young artists and actors (some of them with unusual names such as Ultra Violet and Ingrid Superstar.) Anyone who was anyone—like David Bowie or Mick Jagger, for example—visited Andy at the Factory. Within the Factory, Warhol was also known as “Drella,” after the two sides of his personality: Dracula and Cinderella.

One of Warhol’s most important contributions to twentieth-century art was that he helped narrow down the divide between high art and commercial art by using bold, banal imagery from consumer culture combined with the silkscreen (serigraphy) printing method. His aim was to remove his hand altogether from the art process, and he succeeded in finding a “machine-like” creative process that helped close the gap between his images, their production, and those they were imitating. Serigraphy also allowed him to employ the garishly bright colors from the world of advertising which became one of the hallmarks of his art. 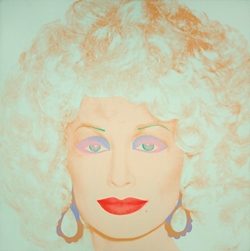 In contrast to the earlier Abstract Expressionist art movement—whose artworks were difficult to understand since they were non-figurative and often expressed the artist’s emotions and inner psychological struggles—Warhol’s Pop Art used simple everyday imagery recognizable in only a few seconds. People were shocked, yet intrigued by his art because his works mimicked the visual language of American consumerism. Distinguished by blatantly mundane motives and vibrant unmodulated colors, Warhol’s artworks were interesting to look at and had a modern “hip” feel. His art became highly fashionable and he soon moved in starry circles: Warhol re-invented and refined the role of the artist as celebrity.

Most importantly, Warhol’s work still has an enormous influence on contemporary art and culture. Without Warhol’s art, Postmodernism’s use of appropriation, irony, parody, pastiche, and seriality would not have been possible. Warhol’s influence is still evident in the works of artists such as Jeff Koons, Damien Hirst, and Takashi Murakami. Even though Warhol’s death marked the end, not only of a great artist but of an era, his fame has endured. Many books and films have been published about him, and his legacy lives on. 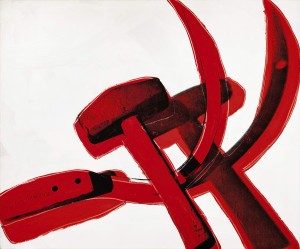 Crystal Bridges has two great artworks by Andy Warhol, and both are currently on view in the Twentieth-Century Art Gallery. Warhol painted Hammer and Sickle in 1977, in the midst of the Cold War. He saw the Communist symbol in Italy where it appeared in graffiti in the streets of larger cities. Warhol realized the symbol had become a Pop image on its own. Similar to his Mao Tse-tung portraits, he produced the Hammer and Sickle in different silkscreen variations, demoting the symbol to a consumerist object.

In 1985, he portrayed country music star Dolly Parton in a halo of silvery locks – perhaps inspired by the religious icons from his childhood Byzantine Catholic Church (he also painted Gold Marilyn Monroe in 1962 on a gold background evoking religious icons). By presenting her in an angelic look, Warhol elevated Dolly Parton’s status to that of an idol. At the same time the exaggerated colors of her eye shadow and lips allude to the highly constructed life of a glamour star. Warhol was fascinated by the “theatre of life”—the invention and re-invention of stars and celebrities. He would have enjoyed a lavish, extravagant party for his birthday: a big bash in a big house with big names.