A Short Chat with Karen LaMonte 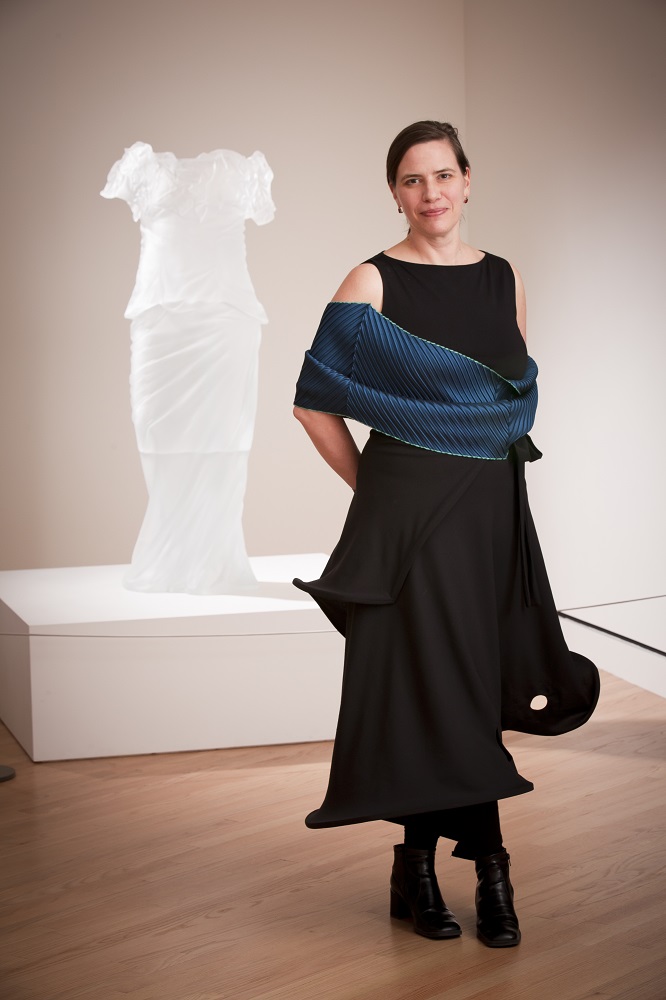 As Copy Editor for Crystal Bridges, it is my privilege to interview some of the artists whose work appears in our collection.  These interviews are published, in part, in C magazine, the publication for Crystal Bridges Members, but not every question I ask ends up being published in the magazine.  Earlier this year I talked with Karen LaMonte  by telephone in her studio in Prague.  (LaMonte’s lovely cast-glass sculpture Dress Impression with Wrinkled Cowl, 2007, graces the Great Hall Corridor at present.)  The main body of the interview was published in the Winter/Spring 2013 issue of C.  But here is a bit of that conversation that didn’t make it to print. –LD 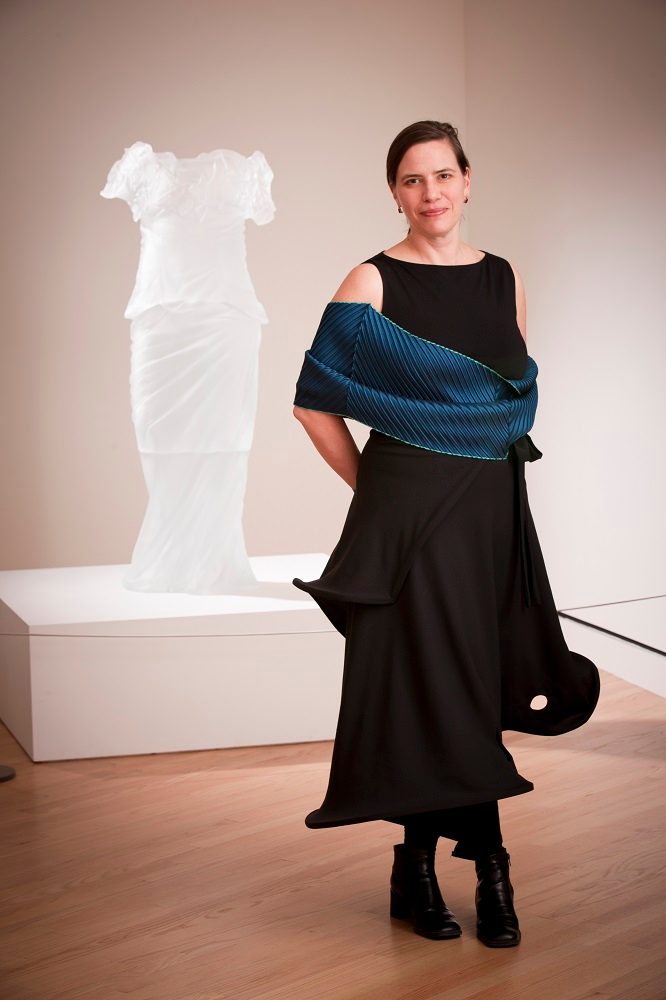 You went to both Czechoslovakia and Japan speaking not one word of either language. How did you communicate at first?  And how long did it take you to become functional in the languages? I came to Prague without speaking the language. In Japan I had about four months of pre-departure language education, so I had a few words. I’m particularly bad at it, I’m absolutely terrible with languages. But I was thinking about that…when we first came to the Czech Republic, how did we communicate? And I remembered:  the lyrics to Beatles songs. If we could get something into the lyrics of songs, that was something that everybody knew. So if it was from Rolling Stones, Beatles…  if you could construct your sentences that way, people knew the words. So for example:  we were out for drinks with the owner of the foundry, and he wanted to get the bill, but he couldn’t say “I want to treat,” so he said “let it be, let it be.” So that was the beginning of our language. It was actually his children that were some of our most devoted first language teachers. It’s always great to learn with children because they have the patience. How does your team of all men relate to you? How has that relationship evolved over time? First they thought I was crazy, then they realized that it wasn’t just a phase or something I was going through, it was actually just the way I was.  And then it became… I noticed their looks went from perplexed to awed, they were like “Wow, this woman is not giving up, she’s still going.” And now we’re to the look of concern. They love working with me and my husband and they love the adventure, they’re always up to try everything, which is great. But they’re always saying “You should come and take the weekend off, you know, we have a little guest room and you and Steve can come and relax. We’ll go for a walk in the woods.” I think they are always worried that I work too hard. There’s been a lot of talk about body image in America. On one hand, our feminine ideals of beauty get thinner and thinner, while as a nation, our actual selves are getting larger and larger. You use models of varying shapes and sizes, and all are certainly beautiful as represented in your work. You have referred to archetypes of beauty as “absurd.” What is your take on the physical beauty of the female body? What makes a body beautiful? So far I haven’t seen a body that has not been beautiful to me in some way, so it’s a really tough question. I don’t know. There’s a difference between health and beauty. For example, I think of the paintings of Jenny Saville, she paints these paintings of incredibly corpulent women and they’re extraordinarily beautiful. There’s the sheer abundance of the image that is extraordinary, it’s sort of a baroque body. But for me the ultra-thin becomes scary. To me it always looks like a type of illness. I know that’s equally unhealthy as an overweight woman.  Functionality should be the first priority. Functionality and health when it comes to your own body. It seems you are always creating a new process to do what you want to do, and immersing yourself in research. Do you change media sometimes just to be learning something new? The research is definitely part of the appeal, but the thing that comes first is the conceptualization:  the idea for the sculptures. That’s one layer of research, which I adore. And then usually it takes months and months for the ideas to come together and a vision becomes clear. Then the second phase is realization and that usually entails a bunch of material research and material studies. Definitely if the ideas I’m working with push me into a new material, I’m always thrilled at the challenges, because I do love learning. And I think it’s very very healthy to access your creative mind to solve technical problems as well. You said once that “Over and over you use images and then find out they are death images.” What did you mean by that?  Do you think there is an overtone of death in the absent figure? Well I do a lot of research and I collect images. I keep these files of things I see in museums, or something I’ll tear out of a magazine or a book, and I make these little story boards as I’m developing my ideas. And every once in a while I’ll go back— for example, say I’m developing a slide lecture, and I’ll say “where did this image come from”… and then I start looking for it and I find: oh, that was from a gravestone here, that was from a funeral ceremony in that culture. I’m not a morbid person, I’m just a very realistic person. When you’re working with figurative sculpture, it’s about people and that’s about life and life is bracketed by birth and death. And I’m talking about the fragility of beauty…all of that is sort of shades of death. It’s sort of an acknowledgement not everything is as permanent and implacable… life is not as implacable as we thought it was when we were twenty. So it’s not so much an obsession with death but just an  acknowledgement of what life really is, which is a very limited time offer.