A Conversation with a Bachman-Wilson House Guide 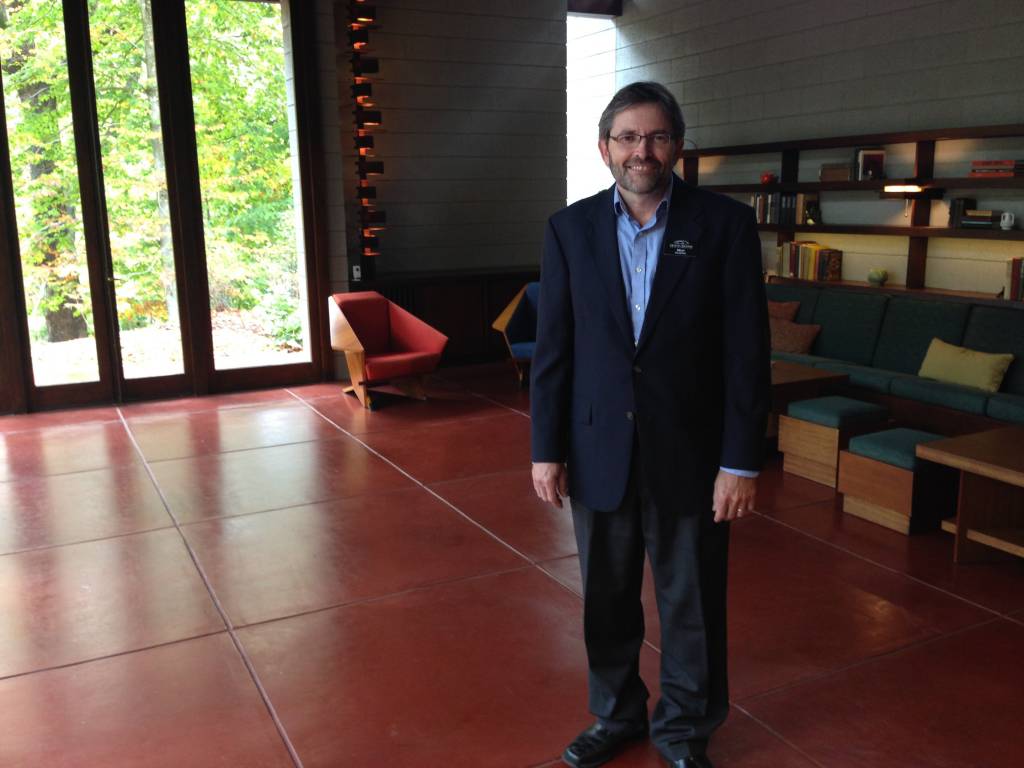 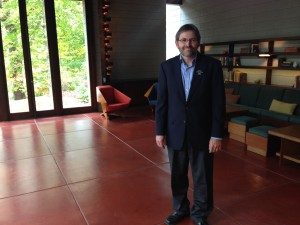 Becoming a Bachman-Wilson House guide was no small undertaking. The current cohort of 37 guides were selected from a pool of applicants who prepared a written essay about why they wanted to become a guide and then underwent an in-person interview.  Once selected, the guides began an intensive five-month training program to prepare them to lead tours through the property.  I wanted to learn a little bit about what motivates a volunteer to become a Bachman-Wilson House tour guide, and what the process was like, so I spoke with Kelly Johnston, who has recently finished his training. Kelly and his wife Mary Jo live in Aurora, Missouri, where they retired not too long ago from Virginia.

What made you want to take part in this program?

The appealing thing to me about this training was that it was going to be intense: the fact that there was a very regimented and detailed plan was appealing to me.

It felt like going through a university-level class. I guess the surprising thing to me was that there was such a range of interest among the volunteers. There are many volunteers there who have had no experience with architecture at all, but are just drawn to this situation. There aren’t many Frank Lloyd Wright buildings that are open in this part of the world. There’s one in Bartlesville, and there’s one in Wichita. I think this is the only Wright house in Arkansas. So that’s a big deal. Frankly, when Mary Jo and I were thinking about retiring–we were working at the University of Virginia, a 1000 miles away–and we heard that this house was coming here, and we thought “Wow, wouldn’t that be fun to be involved with that somehow?”

Tell me about developing the tour.

The first 25 hours of classroom time we called “Content Intensive.” The classes were mainly information in general about architecture, about Wright, about his specific philosophy of organic architecture and about how this building relates to his other works. We had homework:  a significant number of readings, written assignments, and required online collaboration. We were each evaluated and critiqued along the way. We worked with two faculty members from the Fay Jones School of Architecture at the University of Arkansas: Dr. Greg Herman and Dr. Frank Jacobus, who taught us about architecture in general and Mr. Wright in particular. In class we also heard from Ron Shelby, site architect, and Bill Faber, the site contractor for the Bachman-Wilson House project, and of course Scott Eccleston, who filled us in on working with the Tarrantinos (former owners of the home) and JB Hunt to disassemble, pack, ship, and unpack all the thousands of pieces of the building. 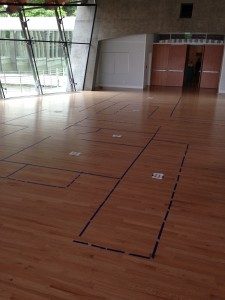 The floor plan of the Bachman Wilson House mapped out in tape on the floor of the Museum’s Great Hall.

The second part of our training, called “Tour Intensive,” focused on giving a great tour. We were lucky to spend time with experienced gallery guides standing in front of great works of art here at Crystal Bridges to learn how it’s best done. But when it came to practicing tours with our art, the house, it was under construction. So Alyssa and Allie came up with a great idea. They brought the Bachman-Wilson House to us! They figured out that the entire first-floor plan would fit into the Museum’s Great Hall, so they whipped out their painter’s tape and went to work (to create a full-scale map of the house on the Great Hall floor). I heard this stroke of genius called “Fake Lloyd Wright.” (You can read more about this here.) Alyssa had put together the plan of where we were going to go. She gave us an outline of what things we should talk about at each stop. But as far as what we want to say, or what we want to emphasize has been left up to us.

What are you looking forward to when you start touring? 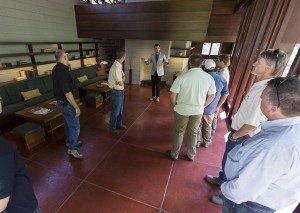 I want to know why people are coming here; I want to know what it is that they’re are interested in. One of the things they’ve emphasized in our training is that this is not an opportunity for you to as a guide to impress people with how much you know. This is an opportunity for you to make the guests feel comfortable and answer their questions. We had a written test where they gave a scenario: here are six people you’re meeting to give a tour; and it gave us their names, backgrounds, and where they came from. This is information we supposedly would have gathered because we arrived early and chatted with people before we started the tour. So then we were supposed to write a tour that we would give for this group, and try to  incorporate the things we know about them into the tour. If a person in your tour is an architect, they may have a different interest than someone who’s just here because somebody else in the family wanted to go. They’ve asked us to try and tailor our tours based  on what we get to know about the people. That, I think, will make it more fun. There’s nothing worse than being moved from station to station and being lectured to. So the idea that we’ve been given the freedom and been encouraged to hear what people are interested in and talk about those things, that will be fun, I think. Because then every tour will be different.  It will make it more personal, and hopefully more memorable for the guests. If they’ve been to other Wright houses, hopefully they’ll think that this has been a different experience for them.

Have you been to other Frank Lloyd Wright Houses?

Wow! What sparked that interest?

I guess the first house that we visited, there was just something about it that felt like: this is the kind of house that I’d want to live in, and what is it that makes that so? I think though, early on I kind of understood that a lot of the things that he did in houses like this:  well, if you live in a ranch house in Bentonville that has a picture window in the  front, that’s something that came from Wright. If you have a carport, that was his thing. The open floor plan:  he originated the open concept. So, some of the things that we take for granted now in houses are directly relatable back to his idea of organic architecture. Frank Lloyd Wright’s Bachman-Wilson House will open to the public on November 11, 2015.  For more information about viewing the house, or to reserve your tickets, click here.